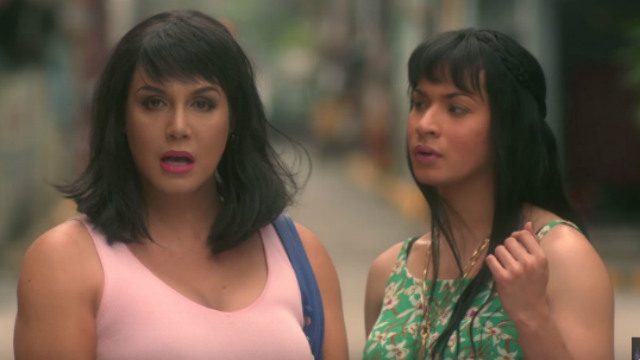 The word however has also come to represent non-heterosexual groups. The usage of the typically pejorative word to encompass people with non-normative sexual identities connotes the myriad of personal and collective histories that are defined by diverse struggles for acceptance and against intolerance. Jun Lana’s profound and poignant Die Beautiful is defiantly queer, and then some.

The life of Tricia Echevarria (Paolo Ballesteros) is essentially a series of gay movie clichés. As a high school student, she hangs out with his best friend Barbs (Christian Bables), sashaying towards the gym to flirt with the varsity jock after practice. She gets thrown out of the house by his bigoted father (Joel Torre). She then makes a living joining gay beauty pageants, falling in love with various men who end up only hurting her. She dies young. (READ: MMFF 2016: The connection between ‘Die Beautiful’ and Jennifer Laude) The film simply does not shy away from the conflicts and dilemmas that the gay community consistently face that have been turned by repetition into clichéd storylines. Instead, it neatly lays them out through episodes that are elegantly weaved together through the seven days of Tricia’s wake where she is dolled up by her best friend to look like various celebrities.

It eschews novelty, knowing fully well that it would be close to impossible to fathom of a trans woman’s life without touching on stories that have countlessly been told before. Instead, it humanizes the clichés, turning each narrative arc into delicately unfolding facets of a life that is at once peculiar and intimately familiar. 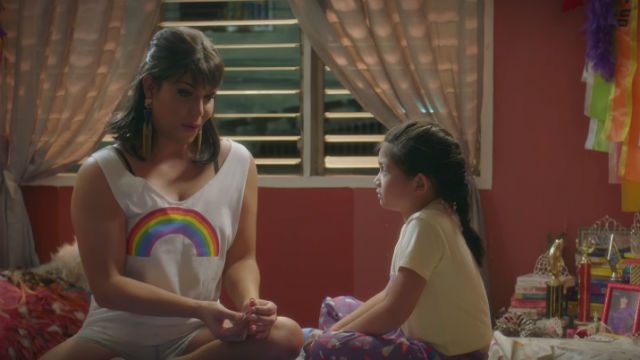 The film is splendidly affecting, exhausting the very brief life of an endearing character to endear, to confront, and ultimately to provoke. Yet it doesn’t abandon precious levity, with each naturally conceived and delivered joke punctuating the pain and the heartaches.

Stunningly acted most especially by Ballesteros and Bables, Die Beautiful treats its characters with profound sensitivity. It doesn’t reduce them into stereotypes, into the two-dimensional caricatures that would result into easy but unearned laughs. Lana and screenwriter Rody Vera concocts a world that blends hurt and frolic, peopling it with characters that unabashedly flaunt their pageantry, their uniqueness, their lovely queerness. (READ: MMFF 2016: Paolo Ballesteros on starring in ‘Die Beautiful’ and ‘Enteng 10’) Die Beautiful indulges in episodes that expose the starkly unique struggles of a trans woman, all of which fascinatingly result in emotions that are universal. The film parades the idea that queer is not just normal, it is also unquestionably beautiful. – Rappler.com