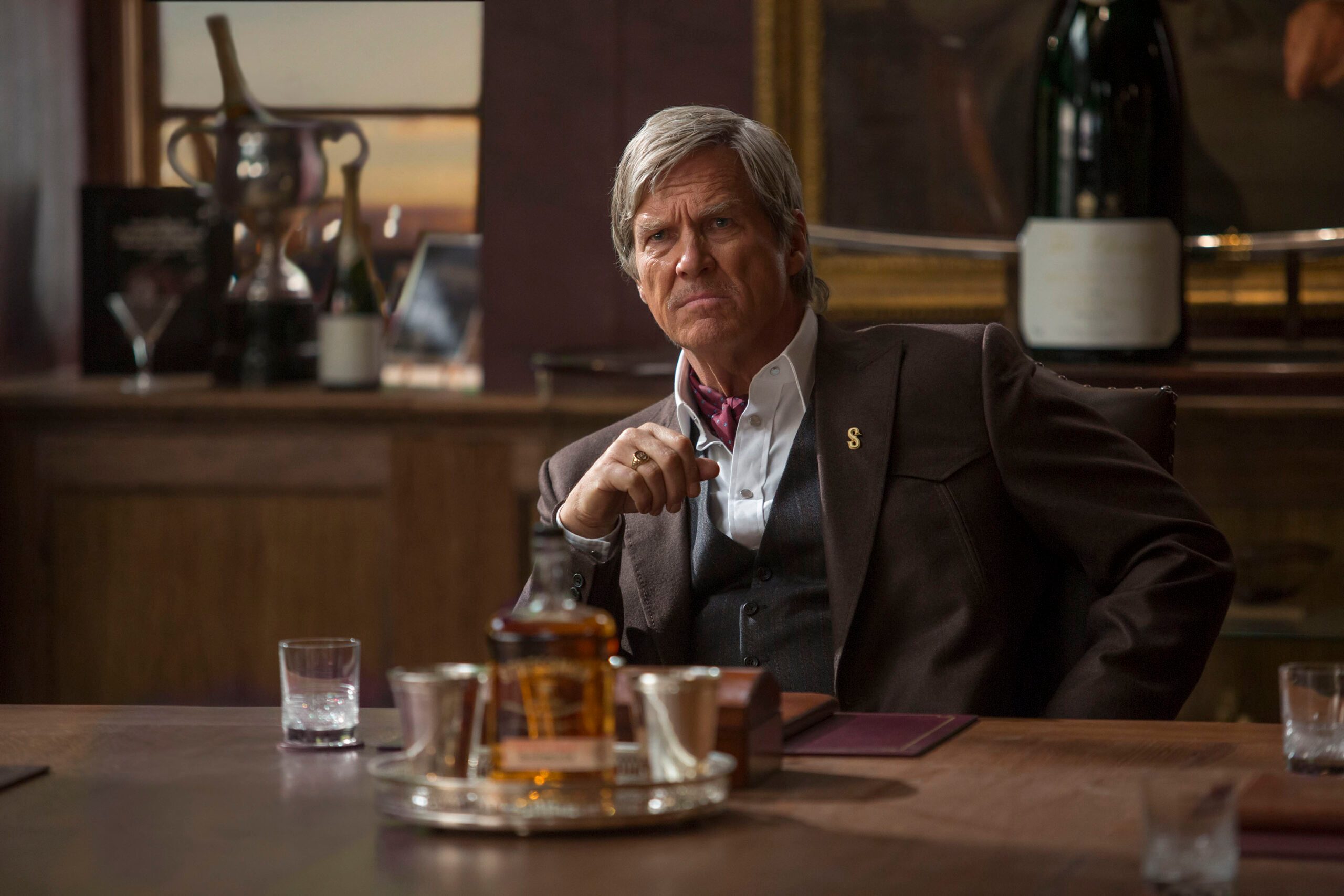 MANILA, Philippines – There’s a lot to look forward to in Kingsman: The Golden Circle. The second installment in the spy movie franchise promises more of the same black humor and sleek visuals that made the first film, Kingsman: The Secret Service.  At the same time, it boasts a cast of Hollywood heavyweights and the possible return of a well-loved character that many fans watched die in the first film.

In the second film, the suave spies of British spy organization Kingsman have been all but obliterated – save for two members: Eggsy (Taron Egerton), and Merlin (Mark Strong). The two wind up in the United States, where they discover their American counterpart, Statesman, headed by a whiskey-drinking cowboy named Champagne.

Champagne – or Champ – is played by no less than Hollywood icon, Oscar-winning actor Jeff Bridges, who himself is no stranger to playing rough-edged cowboys.

In an exclusive interview provided to Rappler by 20th Century Fox, Bridges shared what he felt after watching the first Kingsman film, how he feels about his character’s name, Champagne, and how he prepared for the role that audiences all over the world can’t wait to see him play – including drawing inspiration from his father and former president George W. Bush.

Were you a fan of the first Kingsman?

Bridges: I’ll say. It was just wonderful. I was a big fan of the first one. I remember leaving the theater and thinking, “Jeez, that’s the best James Bond film I’ve ever seen.” It just washed over me in the most beautiful way. I love it when the filmmakers surprise you. It’s hard to see something new and surprising these days. Kingsman: The Secret Service had that in spades. What about those heads going off and the fight in the church? Man! It was so well done and so well executed. That genre, Matthew [Vaughn, director] just blew it up so beautifully. When it came down that I was invited for the next one, I jumped at the chance. I thought, that would be a fun party to attend.

You play Agent Champagne. What can you tell us about him?

Bridges: He’s the head of an organization called the Statesman, which is the American version of Kingsman. When things fall apart for the Kingsman, they find out they have a partner in keeping the world safe on the American side of the pond. He’s the head of the deal. I would say he’s a bit like Michael Caine in the original. Why is he called Champ?

Bridges: He likes to be called Champ. He thinks Champagne might be a little too frilly. (laughs) I figured, “Champagne? That’s the name you’re going to give me? We’ve got Whiskey and Tequila!” Maybe he’s like me. I don’t care for champagne too much. Ever had a champagne hangover? There’s a lot of sugar in that.

Do you see him as a cowboy?

Bridges: Well, things aren’t what they seem. Cowboys aren’t cowboys, if you know what I mean. They can be very wise in their own ways and certainly tough, with the rodeo and all that. But they have other aspects to them that people are not always privy to.

What sort of preparation did you do for the role?

Bridges: I start afresh. There’s always aspects of myself in the characters. I find out what aspect of the character come out of my own. Things that don’t, I kick to the curb. I look to outside myself for people who might inspire me in the character. I try to think of it as a fresh assignment.

So where did Champ come from for you?

Bridges: Aspects of my father, Lloyd Bridges, I suppose. He’s a touchstone for me in many roles, different aspects of him. One of the things that I observed in him, and I probably learned from him as far as acting, is he brought such joy to his work. He really loved what he was doing. Whenever he showed up on the set, people got a sense of that and it was contagious. When you relax, some of your best work can come through that way. I used that aspect of him in the character. For the look, Ted Turner came to mind. Maybe even George W. Bush, the younger.

You’ve played a lot of cowboys in your career. Did you draw on any of that to play Champ?

Bridges: I suppose some of these guys I played, subliminally, maybe not even consciously, some of these things leak over into other roles. I’m thinking Wild Bill more than Rooster Cogburn in True Grit for some reason. What you draw on for a character, it’s my whole life. My experiences. They all bleed together. You try to make it as different as you can. I went around in my earlier career, really setting out not to develop a strong persona so it would pleasantly confuse the audience and they could project a character on me easier. You can’t get that baggage out of your mind. I’m not as concerned now as I was when I was a kid starting out.

The film very much plays on that special relationship between the US and the UK, and the cultural differences between the two countries. What can you say about that

Bridges: I hadn’t thought of this before, but my grandfather was a Brit. From Liverpool. Not a hoity-toity guy, more like Taron’s guy, Eggsy. Working class. He was a great teaser. In the film, it takes the cliché of the English guy and the cliché of the American and throws those two things together. It’s fun to explore those stereotypes and bust each other’s bubbles. Right down to the wardrobe — the Kingsman are supposed to be tailors, and we’ve got the blues going. The cast really seemed to have fun on this movie.

Bridges: It’s almost like being in a fraternity or a sorority, all together with commonality. That’s one of the things I like about acting in general, that camaraderie you get with the other artists. It’s a communal art form, a bunch of artists jamming. Taron is a wonderful singer and we would sing in the make-up trailer. I remember my father doing Guys and Dolls, and Taron said, “Oh I know that score.” We burst out in song. It’s a thespian club.

And what was it like working with Matthew Vaughn, who has the keys to this amazing kingdom?

Bridges: Matthew was so wonderful. He created a relaxed vibe on the set, he’s really interested in everybody’s input, while still having his own vision and control. He encourages everyone to give their ideas. And he’s not answering to anybody. He’s his own guy. That adds a certain something to the whole thing when you know your director is not worried about what the suits want. He is the suit.