Do androids dream of unexpected sequels? 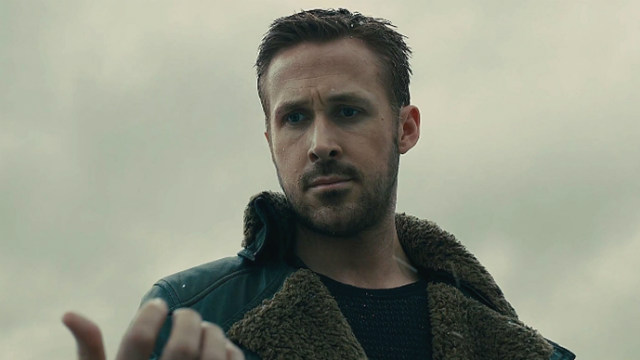 MANILA, Philippines – Halfway into our screening of Blade Runner 2049, an impatient mumble rose from audience members in the theater. We were watching Officer K (played by Ryan Gosling) stalk through the bombed-out remains of Las Vegas. It’s easily one of the most memorable set pieces in the film, those giant collapsed statues resembling the victims of a nuclear Vesuvius.

Most of the audience had probably seen the posters, watched the trailers, and expected an action-adventure flick. And if this were that kind of movie, we’d already be building up to the third act, where the hero kicks the villain’s ass and saves the world. We’d have explosions. We’d get a heroic shot of the hero looking pretty heroic.

But this isn’t an action-adventure flick. This is Blade Runner 2049. It’s somewhat reassuring to know that the sequel continues the original’s tradition of confounding audiences.

Blade Runner 2049 is an art film masquerading as a neo-noir cyberpunk drama. Its almost-3 hour run time and glacial pacing gives you just enough time to take in the derelict grandeur of its cinematography and set design. Director Denis Villeneuve’s film is remarkable not just for being made, but for being so well-made.

While the tech is more advanced here, the movie never sacrifices style and atmosphere for efficiency. Replicants, bioengineered humans, are squished out of a birthing chute (compare it with Westworld’s antiseptic 3D-printed hosts). Computer displays flicker and stutter. San Diego is a giant landfill with an orphanage. Traffic congestion still hasn’t been fixed. (Will it ever?)

The story itself is set 30 years after the first Blade Runner ended. The Tyrell Corporation, the original manufacturer of replicants, was bought out by the Wallace Corporation. The iconic pyramid is still here, and this time we get to see more of the interior, which is equal parts Edward Hopper and Giza.

While Eldon Tyrell had the pragmatic demeanor of a businessman, Niander Wallace (played by Jared Leto) indulges his god-like aspirations. Wallace’s Nexus-8 “angels” are fully subservient, and possess none of the aggressive self-preservation instincts that Tyrell’s replicants had.

Officer K is a blade runner, a special agent working under the Los Angeles Police Department and tasked with tracking and executing rogue early-model replicants. K is a replicant himself, but the job gives him none (at least not initially) of the misgivings and trepidation that haunted Harrison Ford’s Rick Deckard in the first movie.

In one of the more poignant scenes in the movie, K and his holographic, store-bought love interest Joi engage in some pantomime-domesticity. It’s easy to dismiss this strange couple, the skinjob and the program skin, for playing house. But how different are they from supposedly “real” people, really?

While working a case, K discovers a box buried in the farm of fugitive replicant Sapper Morton (Dave Bautista). And as one would expect from a box found buried in a farm, the contents are mysterious. K sets out to find the only person who could make sense of it all: Rick Deckard.

Harrison Ford is pop culture’s beloved grumpy uncle. At this point in his career, he has little, if any, fucks to give. It’s an attitude that works well while playing Deckard. Deckard has neither the charm of Han Solo nor the thirst for adventure of Indiana Jones. Deck just wants to be left alone in his slightly radioactive Las Vegas man-cave (or man-casino, as it turns out).

The sequel enters a pop culture landscape where artificial life has been gradually edging out zombies as TV and cinema’s unlife of choice. The original Blade Runner had few peers when it was released in 1982. But today we have Westworld, Ex Machina, the live-action Ghost in the Shell adaptation, and many others.

While many of those shows were preoccupied with asking Who am I? Blade Runner 2049 flips the trope on its head by instead asking Who am I not? And also, What the hell am I supposed to do now? I can’t get into more detail without spilling some major spoilers, but there are enough existential quandaries here to satisfy Kafka (and probably Pinocchio) fans.

Blade Runner 2049 doesn’t provide a whole lot of answers. But anyone brave and patient enough to wander through its byzantine passages will find no shortage of questions worth pondering.  – Rappler.com