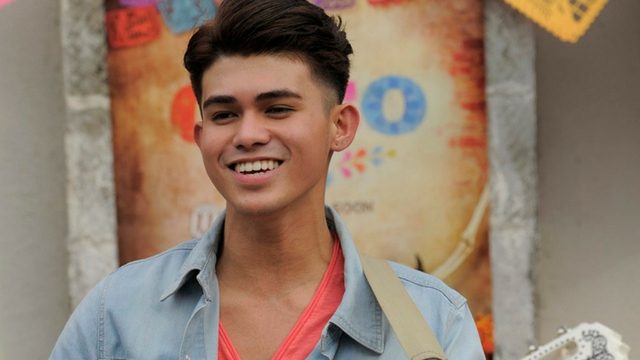 MANILA, Philippines (UPDATED) – Iñigo Pascual just reached a milestone in his music career: the 20-year-old singer has been tapped to sing the Philippine version of “Remember Me,” the theme song of the upcoming Disney-Pixar film, Coco. (WATCH: Music video for Janella Salvador’s ‘How Far I’ll Go’ cover released)

Iñigo performed the song live for the first time in a free show at the Venice Piazza Grand Canal Mall on November 15, at 4 pm.

SURPRISE! It feels like a dream come true – I've been working with @disney.ph to bring you something special. Check back for more details in the coming days! #PixarCoco

The music video of Iñigo’s cover version was launched on November 19 on VEVO, and premiered on Channel V on November 20.  The music video keeps the message of Coco alive with its focus on family. (READ: Pixar’s first female supervising animator is Pinoy)

“I am honored to sing this song because it is about family and remembering the people we love,” Iñigo said. “It reminds us to appreciate the love and sacrifice that our families had to make in order for us to arrive where we are.”

“Remember Me” was composed by Kristen Anderson-Lopez and Robert Lopez of Frozen fame. In the film, “Remember Me” is the signature song for beloved performer Ernesto de la Cruz, the idol and inspiration of the movie’s protagonist, Miguel.

In the film, Miguel defies his family’s ban on music and chases his dream – only to wind up in the colorful Land of the Dead where he meets a trickster and goes on a whirlwind journey to discover his family’s real story.

“The song is from the point of view of a person hoping to be remembered by a loved one,” said Kristen. “But the lyric can be interpreted a few different ways depending on the tempo and tone of the music.”