Dec 26, 2017 12:05 PM PHT
Oggs Cruz
Facebook Twitter Copy URL
Copied
'Ang Larawan' is elegant, with each of its graceful movement so carefully designed to evoke a feeling of nostalgia for a time when things of beauty are truly and unsubtly beautiful 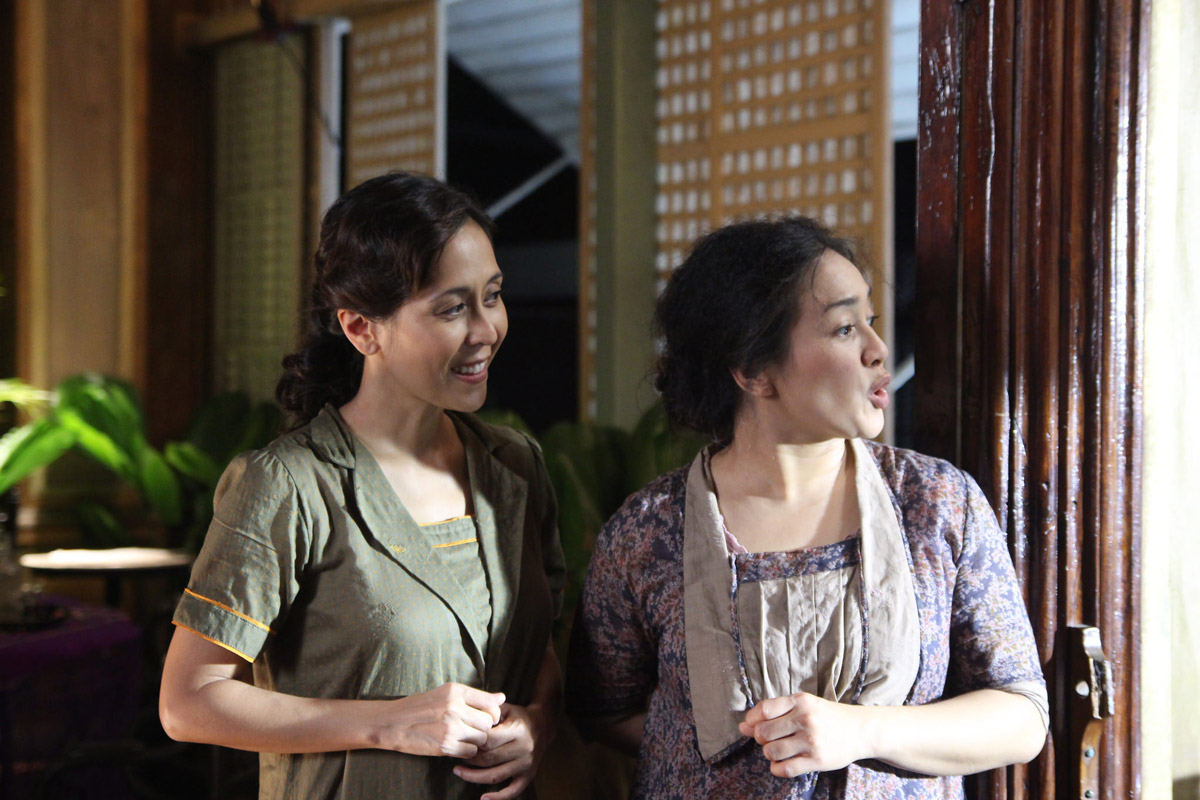 If there is one word to describe the screen adaptation of Ang Larawan, a musical restaging of Nick Joaquin’s A Portrait of the Artist as a Filipino, it is antiquated.

The film, directed by Loy Arcenas, opens with a montage of black-and-white footage of old Manila over a charming tune extolling the allure of the city prior to the Pacific War. When the screen finally shows some color, it is to introduce a young journalist (Sandino Martin), who proceeds to enter a once-majestic abode that now houses Candida (Joanna Ampil) and Paula (Rachel Alejandro), two spinster sisters who are barely making both ends meet despite having the ability to sell the valuable last painting that their father left behind. (READ: 5 fun facts about the movie ‘Ang Larawan’)

Being antiquated, however, isn’t exactly a bad thing here. 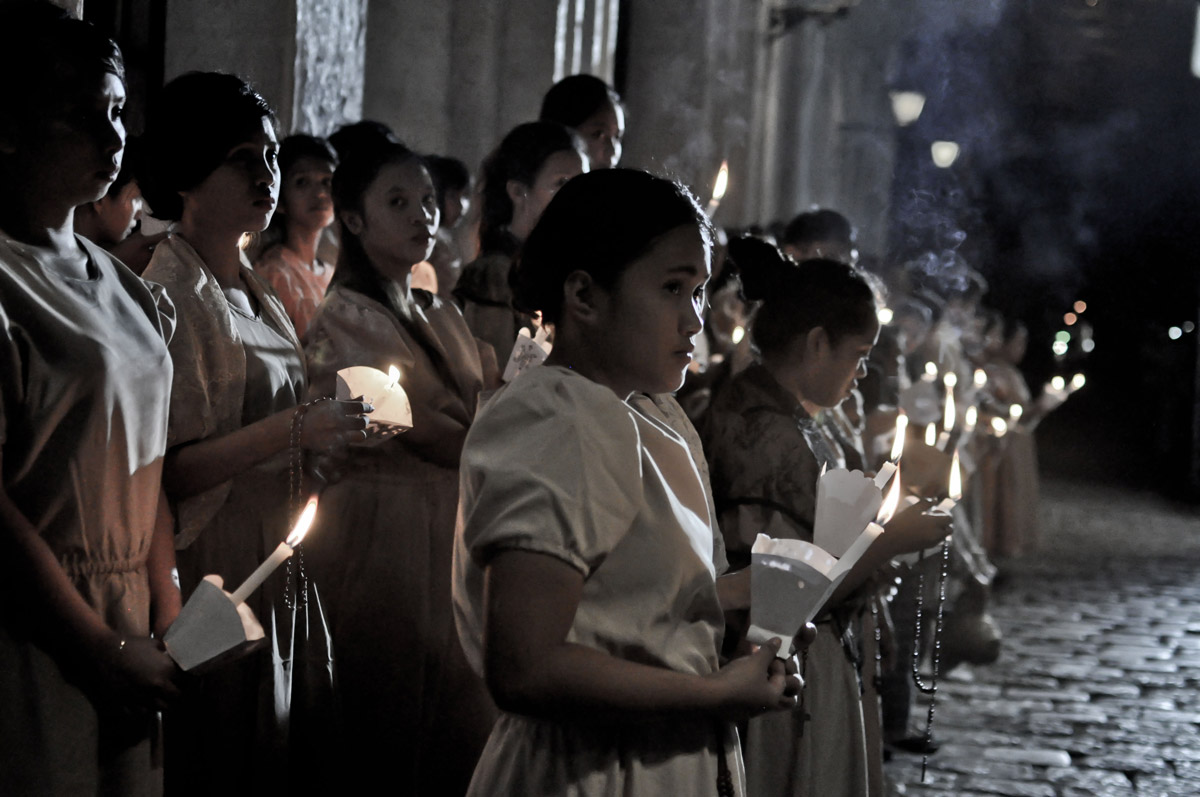 There is a certain virtue to how Arcenas insists on keeping the material intact, oblivious to whether any of the ditties that may have worked on stage will work on screen. Arcenas isn’t as beholden to the demands of cinema as he is to the idea that cinema is the best way to express his adoration for all the elements of the material – from Ryan Cayabyab’s theatrical music to Rolando Tinio’s flamboyant libretto.

As a result, his Ang Larawan feels more like a perfunctory and direct translation of a beloved material than a seamless collaboration between all the artists who have had their hands on the constantly evolving text. (READ: 5 reasons to watch ‘Ang Larawan’ on Christmas Day) 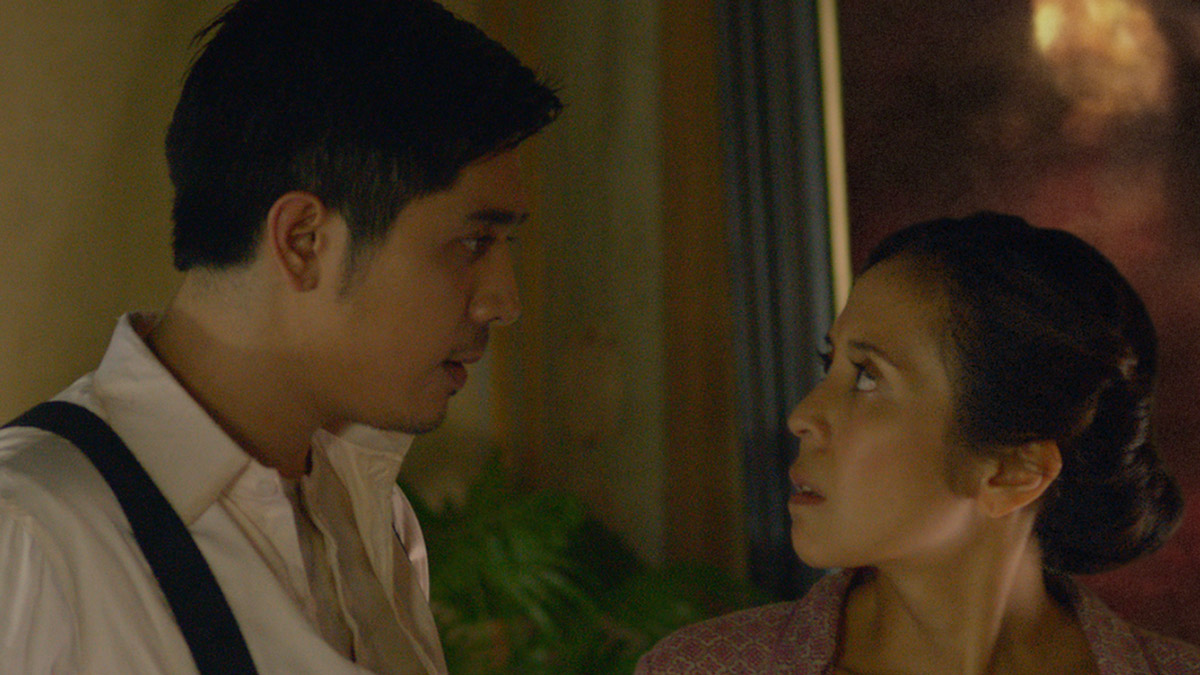 Arcenas’ love and reverence for the material permeate in almost every scene.

Ang Larawan is elegant, with each of its graceful movement so carefully designed to evoke a feeling of nostalgia for a time when things of beauty are truly and unsubtly beautiful.

The songs are sung with unabashed passion. Gino Gonzalez’s sets are all splendid, all rigorously accurate to both the distant era and the emotions of wistfulness the protagonists have for their glorious pasts. Cinematographer Boy Yñiguez makes most of the 4 crumbling corners of the house to create a lush visual landscape that changes whenever necessary.

The film is a gorgeous pageant of taste and manner. What it lacks in subtlety in its garish sentimentality for a foregone age, it makes up for generosity and vivid earnestness.

The times when Arcenas breaks from the rigidity and theatricality of the material – such as when Tony Javier (Paulo Avelino), the house’s opportunistic tenant, seduces Paula to agree to sell her father’s painting and be with him – with Arcenas preferring extreme close-ups and fast cuts, are rare but very striking. Ang Larawan offers enough surprises to keep it from stagnating in its understandable preference for polished but old-fashioned flair.

Undying affection for the past 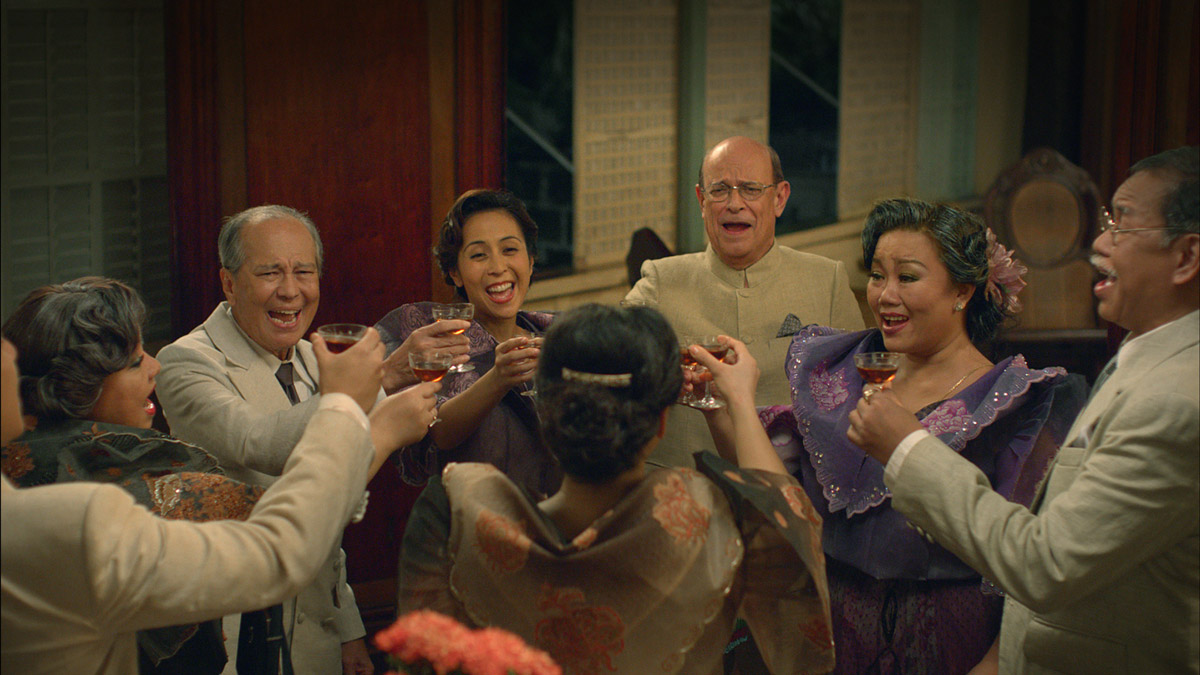 There is observable wit and humor in how the film itself shares the same stubbornness its characters have for their undying affection for the past.

Ang Larawan is persistent in withstanding changing its source, retaining the themes, and keeping the form and spectacle intact. The film’s pleasures are enough to surpass its indulgences. Its direct linkage to timeless artistry is sublime. Sure, the film doesn’t see it as worthwhile to translate Nick Joaquin for more current sensibilities, but there is definitely a lot here to admire. – Rappler.com