‘Citizen Jake’ review: The many faces of Jake Facebook Twitter Copy URL
Copied
'Citizen Jake' isn’t really an ode to courageous citizenry, an ovation to staunch journalism. The film is more of a wake-up call, a reminder that evil, in the form of a growing apathy that has seen the undeterred return of dictators and tyrants, is afoot.

Mike de Leon’s Citizen Jake opens with Jacobo Herrera, Jr. (Atom Araullo) alone and sitting pensively on a comfortable seat in a room whose furnishings exude a mood of timeless extravagance. Another Jacobo Jr. enters the picture and begins to talk about himself in a formal manner of introducing a story that is not unlike the many televised docu-dramas that have peppered our late nights.

He has a story to tell, and the story is one that has all the elements of the traditional courage we love to extol but also has the shades of grey we shamefully sweep our collective rugs.

The state of the nation

Ostensibly, Jacobo Jr., who goes around town as Jake perhaps to remove the awful aftertaste of being named after his blatantly corrupt and devious father (Teroy Guzman), is a humane crusader, a journalist whose integrity has been tested when he chose to resign from his work as a reporter for a prominent broadsheet when his father decided to run for senator. 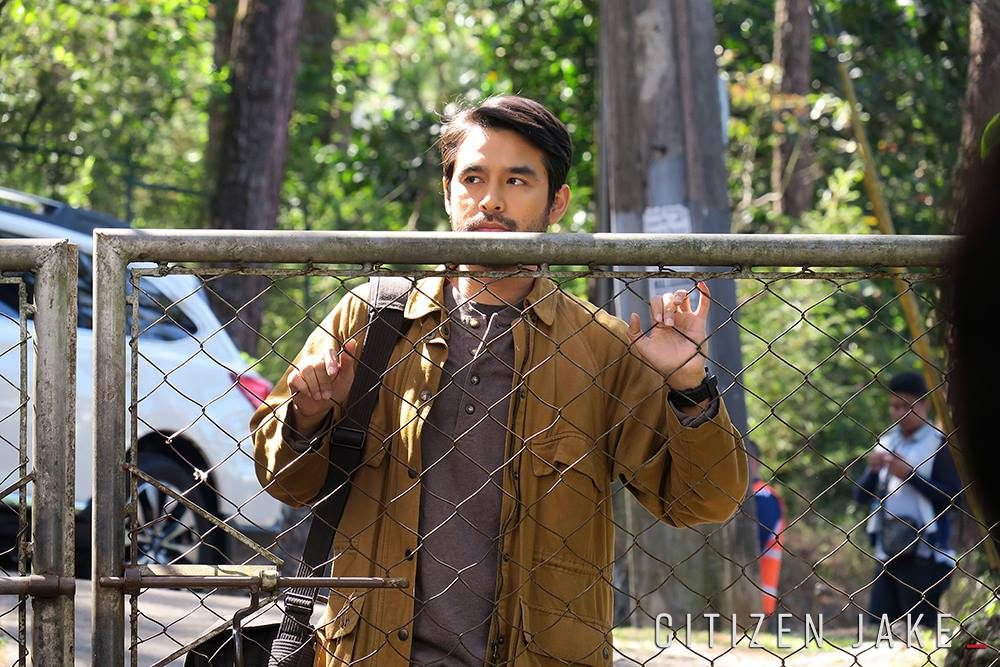 However, without taking away the noble intentions of his dogged mission to reveal the ills of his broken nation, he is also a living and breathing contradiction. He refers to himself as “scarred for life,” carrying with him the burden of his family name wherever he goes, having the fact that his mother (Dina Bonnevie) just disappeared without a trace to affect all of his future decisions, and more prominently, unrelentingly giving off an air of upper-middle class exuberance.

Jake is flagrantly literate, communicating with everyone with a mannered command of the English language, establishing a seeming superiority whether in terms of morality, educational attainment, or class, even if unintended. Jake isn’t perfect, or he sets out to be perfect. His confessionals are brimming with disillusionment over his family, over his relationship with his girlfriend (Max Collins), over his profession and his many pressing advocacies.

It is this obvious taint of middle-class sin that turns Citizen Jake into exceptional reflection of the state of the nation.

De Leon knows the limitations of his gaze as a filmmaker, one who hasn’t made a film in 18 years. Within that 18 years, other filmmakers have taken the cudgels of utilizing films as agents of social provocation. Brillante Mendoza exposed the filthy present-day realities of Manila’s urban decay. Lav Diaz continuously laments of the far-reaching effects of his country’s fractured identity and history.

De Leon, on the other hand, remained mostly unseen, confident that his pertinent contributions to Philippine cinema are enough to add to the discourse. What urged the veteran filmmaker to stage a comeback, however, is a notion that the country seems to be afflicted with an amnesia that is threatening to permanently damage the nation. Now, De Leon, unlike other filmmakers who rely on immersive but erstwhile experiences to fuel the soul of their stories, does not make presumptions of knowing the pulse of the masses. He does not have any delusions of speaking for the majority, but acknowledges the fact that it is the ripest of time to speak up even from his admitted place of privilege.

This honesty is definitely refreshing. He veils his pronouncements with fiction, turning the film into a treasure trove of insider jokes and historical footnotes, such as tips to politicians employing expensive prostitutes for part-time pleasures, that not just give the film a certain connection to both past and current events but also strengthen its portrayal of a society whose petty afflictions are but reminders of a more fatal and cancerous scourge.

In a sense, the beauty of Citizen Jake is that it relishes in the imperfections of its titular character. It does not lionize him or his profession. Instead, it scrutinizes him and his motivations, allowing the audience to judge his place in history and whether or not his actions are futile in the midst of all the systemic indifference the country has gotten used to through the years.

Baguio City is not just an idle and uninvolved setting of the film. It is no longer a city that is cinematic because of its endless supply of ominous fog and imagined mysteries. It is a separate character, one that lends its history of perfumed oppression and shrouded class divide to bolster the film’s discussion of the country’s seemingly inescapable fate with injustice. He dissects the city, criticizing both its beginnings as a haven for the country’s colonial masters and later its ruling classes and its future as just another Philippine metropolis that has succumbed to the allure of soulless but profitable developments. However, he remains rooted in the city, first, because it is where he is happiest with his mother, and second, because there he has purpose, as the doting master to the family of servants under his care and as teacher to the fresh minds of a local university.

The main narrative of Citizen Jake revolves around the mysterious killing of one of Jake’s students who also turns out to be a mentee of his girlfriend. His journalistic tendencies force him to get to the bottom of the murder mystery, unraveling a web of baser things involving briberies within government bureaucracies, prostitution rings that cater to the rich and influential, and the indelible stains of regimes that methodically normalized abuse of all sorts.

Everything is sordid and convoluted, but truth, as the film persistently reminds, is stranger than fiction. That De Leon was able to weave everything into a coherent whole that perplexes as much as it elucidates is perhaps the film’s greatest feat.

Jake, the film’s courageous citizen and staunch journalist, isn’t a saint here. If one is to examine the story, in Jake’s aim to tell his story, he does not make a dent to any of the horrid institutions he despises. Instead, it is the people who have been used to servitude and laying their lives for the benefit of their masters that are most drastically affected.

The film is more of a wake-up call, a reminder that evil, in the form of a growing apathy that has seen the undeterred return of dictators and tyrants, is afoot. De Leon, who has lived through many administrations as a quiet observer, has diligently crafted an ingenious tell-all tale that connects the dots from our bleak past to our still-bleak present with nary a hint of hesitation.

The least we can do is watch and listen. – Rappler.com