Facebook Twitter Copy URL
Copied
The actor takes selfies with his Korean fans and signs their Deadpool masks too!

MANILA, Philippines – As Filipino fans flocked to theaters to watch Avengers: Infinity War, Korean fans gathered to see another Marvel superhero – not in theaters, but in the flesh.

Ryan Reynolds, who plays the eponymous Deadpool in the Marvel movies, visited Seoul, South Korea on May 1, to meet his fans ahead of Deadpool 2.

There, he took selfies with the crowd that gathered at Lotte World mall and even signed the masks of those who came in costume. 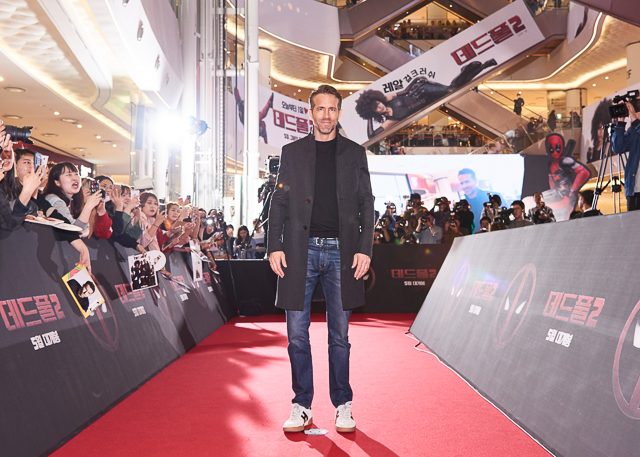 If you’re wondering why Deadpool didn’t help the Avengers out when Thanos was trying to kill half the universe – well, it’s not like he didn’t try. A few days before his visit to Korea, Ryan tweeted a photo of his Avengers rejection letter from Tony Stark – “Go bother Prof. X,” wrote Tony.

From a guy who never knows when to quit, I’m glad you guys never did. Congrats #Avengers. pic.twitter.com/voJshTKx5E

Deadpool 2 opens May 16 in Philippine cinemas nationwide, with early previews on May 15 in select cinemas starting at 5 pm. – Rappler.com