The inescapability of family is what makes Hereditary so unsettling 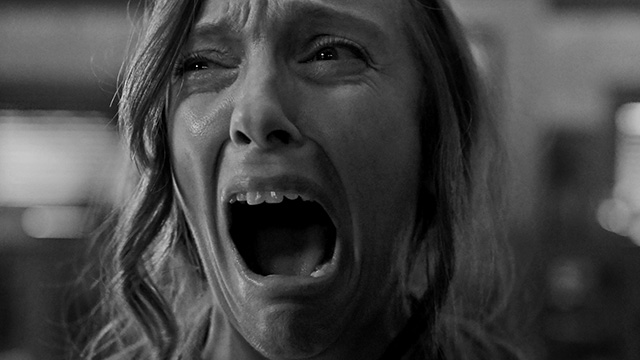 Early into Hereditary, Director Ari Aster deploys the trusty, old trope of using a class lecture to forebode the film’s central question. In discussing Sophocles, the teacher poses: what makes a tragic hero more tragic, being undone by one’s own decisions or by failure predestined by the hand of fate?

For Hereditary, the answer it posits is clear yet disturbing: there are some fates we can’t escape as from our birth, we are born into them. Our genetics, our family, those are things we can never choose.

For the lucky, that can be a privilege; for the not so, it can be their doom. (Better luck on your next life!)

Last year, I was part of the crowd hailing Greta Gerwig’s Lady Bird as the best of 2017. I admit that even for me, it was an off-kilter choice to submit to film’s “hipster hype” willingly. (I don’t usually go nuts for small, mumblecore-ish stories like this.)

However, Lady Bird struck a chord because it was about being by-no-means-greatly-above-average (maybe just a little if you’re feeling confident) and not having enough of the privilege to climb out of that rut.

So what does the best film of 2017 (IMO) have to do with the best film (so far) of 2018? Both movies deal with pains brought about the desire to free oneself from the family trappings one is born with. It is that yearning that pushes both plots forward.

The titular Lady Bird, as much she loves her parents, dreads the thought of following their same mistakes — reaching middle-age still rooted in their failures. It’s a foreboding sense of doom that she frustrates over (as telling her parents would only hurt them) and exerts all her energy preventing.

Now imagine the story on the other side of the coin, less warm and fuzzy and more of a woman trying to escape the doomed cyclical fate beset to her by kin and in the process unraveling herself and her own family.

Even without the supernatural, that’s already frightening proposition, and that’s Hereditary in a nutshell.

Addressing it upfront, yes, Hereditary is a straight-up bonkers film (especially its latter thirds). It’s a reconciliation of the art-horror films that have gained traction in the past years (See The Witch, and It Comes at Night) that appealed to mainly a niche audience and the more traditional horror realism seen in classics like Rosemary’s Baby, The Exorcist, and The Shining.

This synergy is palpable in how Hereditary delivers its horror.

Though providing expertly crafted surprises to jolt you out our your seat and taut suspense that keeps you invested in its characters’ survival, Hereditary primarily chooses to disturb, to get under your skin. It’s an approach that is much more cerebral, with some of its most painful scares even being delivered solely through the violence of worlds.

At the center of all this torment are the initially ambiguous demons that haunt the Graham family.

Soon after the start of the film, we see the family attending the funeral of their matriarch, Grandma Ellen. Annie (Toni Collette), her daughter, is introduced as she delivers her eulogy. Right there and then, viewers are exposed to the fraught relationship the mother-daughter tandem shared.

As the film progresses, layer by layer, the terror rooted in family dysfunction comes to light and permeates the movie’s dark atmosphere. It becomes apparent that just like The Shining’s Jack Torrance and his history of violence and abuse, the Grahams too have struggled with their fair share of mental illness, suicide, and childhood trauma.

Collette’s character is one the audiences couldn’t fully invest their trust in because, just like in real life, mental illness and one’s history work to the detriment of the afflicted. Those suffering are treated at arm’s length, people silently on guard, always preparing for the worst.

In Annie’s case, she is seen as a timebomb destined to follow the footsteps of her cursed family (a father with psychotic depression, a brother with schizophrenia, and a mother with dissociative identity disorder). Her own history of sleepwalking turned to almost-filicide doesn’t help either.

Annie, though, is aware of her individual susceptibility, and this adds to the films overall oppressive air of dread.

All these make the film’s climax more tragic, more disheartening, because it is about Annie’s failure to escape her family’s cycle of abuse. By trying to cope and, in her own way, keep her family together, she unwittingly besets them towards their own downward spiral.

The question of whether what’s besieging Annie’s family, whether its figurative or literal, becomes immaterial because whether its demons or mental illness (not to equate the two), trauma induced unto family by family is still trauma.

It cannot be undone and tragically, Annie had no control in preventing it.

Horror that hits close to home

For horror films, finding new ways to convey tension is required to stave away genre stagnation. Finding new sources for fear to stem from is part of the process.

Using a siege coming from one’s own family, one’s own genetics, gives audiences something to fear that literally hits close to home. It’s fatalistic, an assured destruction that comes from within.

Hereditary marries the universality of frustration, dread, and pain that comes with the family one is born with and the specifics of the Grahams’ story that make it captivating.

Though the torment of demonic possession may be a fever dream away from reality, hearing your own mother tell you that you’re a failed abortion is hurt that could keep anyone up at night. — Rappler.com