Alfred Hitchcock once remarked that “in feature films the director is God; in documentary films, God is the director.”

In the case of Ysabelle Peach Caparas’ Jacqueline Comes Home (The Chiong Story), her muddled attempt to tell the very controversial and divisive story of the grisly rape and murder of Marijoy (Donnalyn Bartolome) and Jacqueline Chiong (Meg Imperial), God is but part of the cast. The peerless creator of the whole wide universe is portrayed as a disembodied voice who literally speaks to Chiong matriarch, Thelma (Alma Moreno), solidifying her belief that justice has indeed been obtained when all the depicted perpetrators of the dastardly deeds done to her daughters are already rotting in jail. In Caparas’ blatantly contorted account of what has happened two decades ago, Almighty God is but a tool in the film’s endeavor to coerce impressions of justice towards its side.

Bias is not the most startling fault of Jacqueline Comes Home.

In fact, it is impossible for any film not to be biased. Films, even fictional ones based on real stories, aren’t pieces of journalism that aim to be objective. Facts are filtered by partial minds and turned into narratives that fit agendas, whether it be commercial or something fouler.

Michael Collins’ Give Up Tomorrow (2011), a documentary that tackles the same events, is clear on its bias towards presenting an apparent injustice that occurred. It is methodical, careful and even sensitive in its approach. It is sober. It opens itself to examination and discourse. It convinces, or at the very least, rattles beliefs and brings to the fore pressing issues that should be discussed even without dwelling on the film’s main agenda. 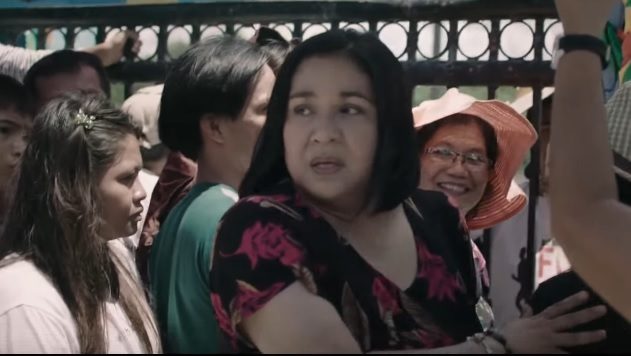 It reeks of desperation. It hides underneath religion. It cowers behind simplistic characterizations, utilizing black-and-white and often unrealistic depictions of villains and heroes that are more suited for soap operas than controversial true stories. It mooches for sympathies, relying on cardboard cutouts to stand for living and breathing human beings whose innate complexities and motivations have given rise to the necessary public debate that surrounds the Chiong narrative.

It goes for fallacies to persuade. It carelessly tugs the heart. It presents unrelated scenes where valid doubts are quickly quashed by motherhood statements and blanket declarations of fealty to an imperfect judiciary. It is haphazardly edited to make the violence its centerpiece, perhaps to put a spotlight on the depravity of the fictionalized personalities that are clearly based on real people. It is fictional not just because it is more convenient to recreate a plot than to scour records and evidence from both sides but also because shallow tears and brutish fears are believed to sway more than exhaustive, deliberate and thoughtful interpretations of a crime the consequences of which include not only grieving relatives but the very integrity of an already embattled justice system an entire nation is relying on.

Surely, there is nothing wrong with making a film about a mother coming to terms with the violent deaths of her daughters. However, when grief, which is depicted in the film by Caparas in such a mechanical and predictable fashion, is intertwined with a motive to obfuscate and to earn pity for one side than empathy for all those who were affected by the atrocity, the effect is more demonizing of the film’s foes rather than humanizing of its heroes.

Simply put, Jacqueline Comes Home is perverted and god-awful. It is best ignored unless one has a stomach for cinematic ignominy.  – Rappler.com