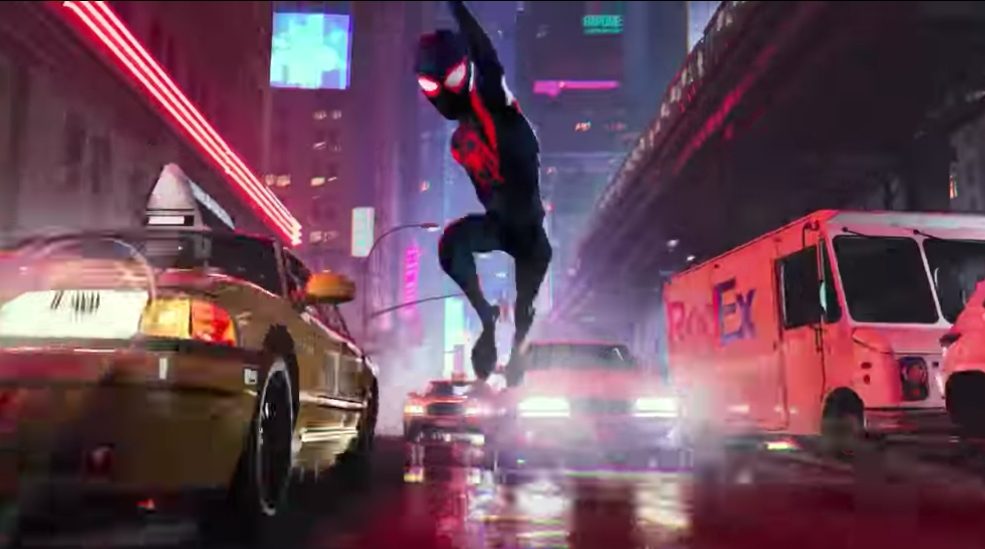 In a year that is proliferated with superheroes, it wouldn’t be unlikely for moviegoers to give Bob Persichetti, Peter Ramsey and Rodney Rothman’s astoundingly inventive Spider-Man: Into the Spider-Verse just a shrug and go about their day getting excited for the next Avengers installment.

First, it is defiantly a cartoon.

In a time when comic book characters need to borrow not just celebrities’ faces but also their fame and some part of their off-screen charm, telling a story through animated models interacting in a metropolis is a gargantuan risk. That risk of Into the Spider-Verse is all worth it, as it finally returns the genre into a territory that doesn’t shun being just unabashedly fun.

It is not the type of animated feature that aspires to be as close to reality as possible, with movements that are fluid and seamless and details such as strands of hair individually animated. Instead, it offers a style that is more dynamic, more susceptible to morphing to fit the evolving mood and verve of the ever-playful narrative, which involves

This certainly doesn’t mean that Into the Spider-Verse is plainly silly. The film, amidst the delightful preponderance of glee and humor, presents the typical superhero origin story as a very cool coming-of-age. The spider-sense, which is essentially what the titular hero’s hypersensitivity to things around him is called, is turned into a frank metaphor of the awkwardness of being a teenager, where social paranoia and clumsiness are but part and parcel of life.

While almost all Spider-Man movie depicts its main character bunglingly adapting to the new world the spider bite transports him into, it is Into the Spider-Verse that best comprehends human nature. It squeezes as much of the familial drama, the understandable insecurities and the satisfaction of belongingness within its outrageous plot of several Spider-men converging to stop Kingpin (Liev Schreiber) from destroying the city with his desire to bring back his family from other dimensions.

Speeding towards the finish line

The film just doesn’t speed its way towards the finish line, only stopping to showcase the many spellbinding spectacles that it has in store.

It also relishes on the very human elements of the superhero caper it weaves out of an ordinary teen’s rebellious night-out with a wayward uncle. The film’s best moments are when tentative Miles is shown struggling with his newfound powers, which also happens to be the bulk of the entire film. It is as if the Into the Spider-Verse is more interested in the normal imperfections of the people that are suddenly thrust into a world of immense responsibility than the outrageous and heroic effects of their benevolent wielding of their power.

Definitely, Into the Spider-Verse is a tantalizing sensation. It just doesn’t have a single dull moment.

The film swings from one scene to another with all the gumption it can muster from its innovative take on animation. Its hues and colors pop, and the music that it assembles to accompany its vibrant hues captures a constantly engaging contemporary vibe.

Simply put, Into the Spider-Verse is exhilarating from start to finish. It is relentlessly enjoyable.

Into the Spider-Verse is a hyperactive pastiche that makes use of a well-loved and constantly evolving decades-old pop culture artifact to imbibe very current moods and ideologies.

Without succumbing to the temptation of overtly pleasing contemporary advocacies, it fulfils the need for pop culture to be truly representative. It also doesn’t take itself too seriously, but still doesn’t stubbornly ease towards being a simple parody.

This Spider-Man is truthfully amazing. – Rappler.com