Mar 4, 2019 9:00 AM PHT
Oggs Cruz
Facebook Twitter Copy URL
Copied
'Monstrum' seems to be more invested in spectacle than tackling the schemes and machinations of men in power 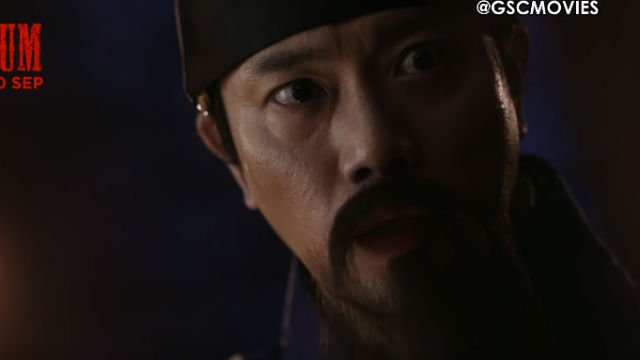 While the main monster of Huh Jong-ho’s Monstrum is a grotesque behemoth, it becomes apparent very early on that the film, which is set centuries ago, believes that monstrosity isn’t limited to vile and vicious beasts hiding in mountains but also encompasses well-dressed men running the affairs of the state.

Based on actual records

Intriguingly, Monstrum is based on actual records from the Joseon Dynasty, where there is rumored to be a seemingly indestructible monster called the Bulgasari that the king during that time ordered his men to defeat. Huh fits the legendary monster in a period where the connivance of a mysterious plague and cutthroat political intrigue adds to the suffering of the common people.

A former general (Kim Myung-min), banished years ago for disagreeing with court advisors, is ordered by the king (Park Sung-woon) to track a monster that is once again terrorizing the villagers. The general’s loyal brother-in-arms (Kim In-kwon) and adopted daughter (Lee Hye-ri) tag along, uncovering a ruse propagated by a high-ranking official for political leverage.

Huh attempts to blend populist entertainment with a layered exploration of conspiracies and intrigues that add malevolence to power plays.

The film ultimately suffers from being too light to the detriment of the darker themes it proposes. A gentle and humor-filled romance finds its way into the monster hunt when the king’s seemingly weak messenger (Choi Woo-shik) becomes infatuated with the general’s otherwise fierce ward. It isn’t the intrusion of giddy levity in a film about monsters and monstrous men that is distracting but the way Huh seems to oversimplify relationships and interactions, arriving at a parable that is more comic than compelling. 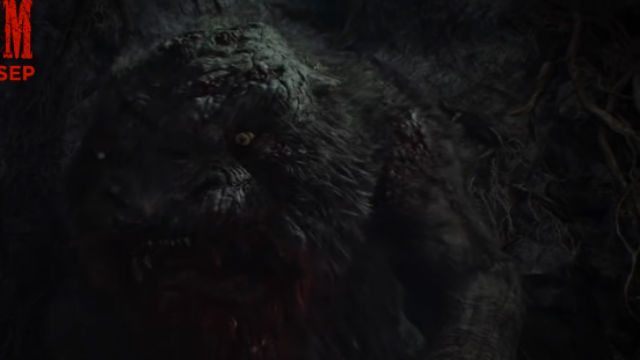 Monstrum is very competently made though.

The film is glossy from start to finish. Period details are fine. It is astounding in terms of evoking a bygone era that teeters towards being a fantasy.

Huh could have pushed playing around with darkness and shadows a bit more but his decision to go for more color and sheen is understandable considering that his film opts to amuse more than it wants to seriously depict the darker side of humanity. Verily, Monstrum seems to be more invested in spectacle than tackling the schemes and machinations of men in power.

This is most evident when finally, Huh reveals his film’s monster, which essentially looks like a scabby and rabid giant poodle. Once the silly-looking but proficiently rendered computer-generated beast enters the picture, lazy expositions are hurriedly thrown, sloppy crowded action sequences are brazenly lined, and what previously was a carefully woven mystery unspools to reveal a lackluster conclusion.

Its most glaring fault is that it opted to be only a serviceable piece of entertainment than a piercing portrayal of the greed and deceit that drives politics and power. It ends up gratifying but ultimately forgettable. – Rappler.com