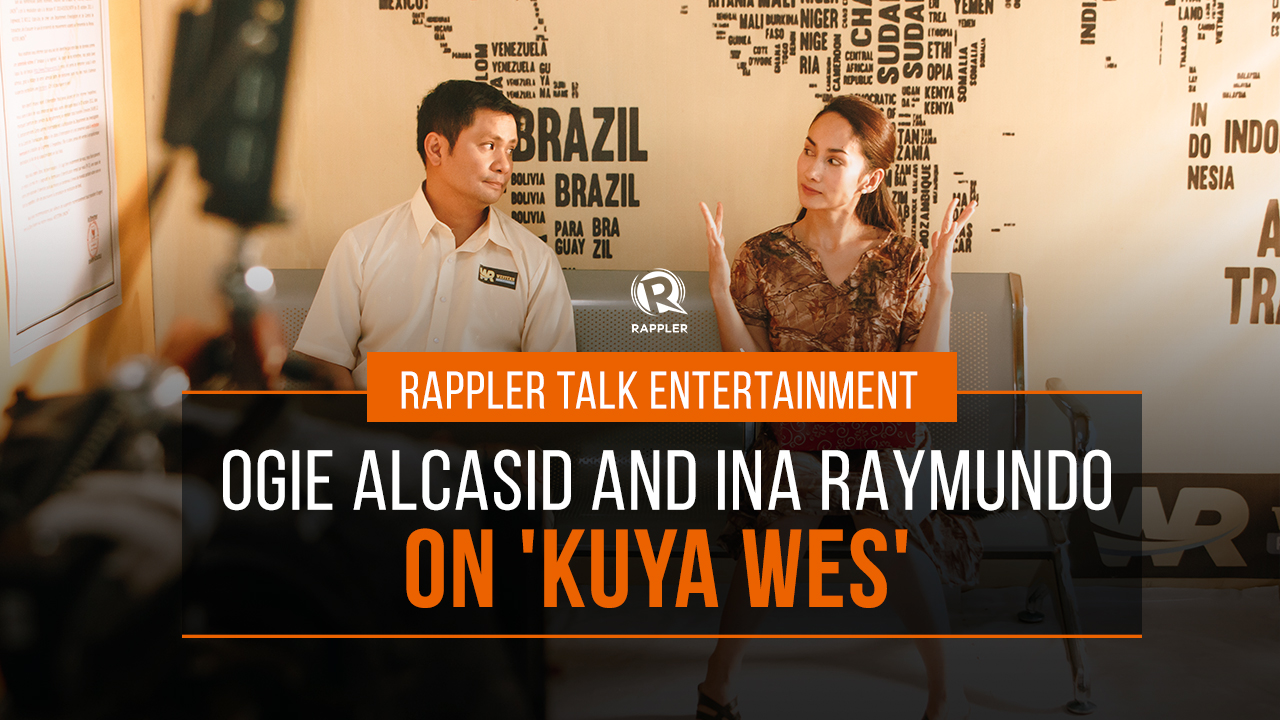 MANILA, Philippines – Out of the crop of contenders at the 2018 Cinemalaya Film Festival was Kuya Wes, an earnest, endearing tale starring showbiz veteran Ogie Alcasid in his first indie role.

In Kuya Wes Ogie plays the titular character, a remittance center employee and lonely wallflower whose world is shaken when he falls in love with Erika (Ina Raymundo), a customer who returns once a month to collect her family’s allowance from her expat husband.

The film, which comes from Spring Films – the same studio that brought audiences the quirky romcom Kita Kita – also marks Ogie’s first turn as a producer.

In this Rappler Talk, we chat with Ogie and Ina about the film, which tells a different kind of first love story. The film, which earned rave reviews at Cinemalaya, is set to have a commercial run beginning March 13.

Catch the conversation by bookmarking this page or heading to fb.com/rapplerdotcom. – Rappler.com