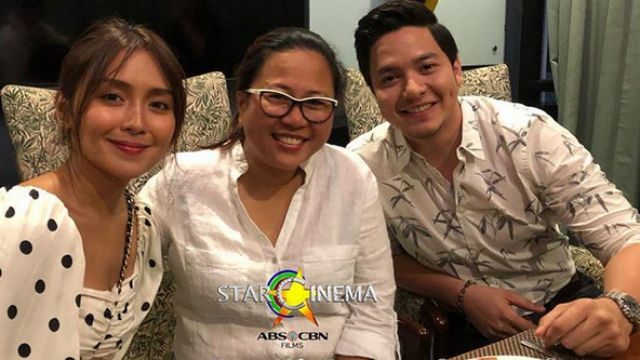 MANILA, Philippines – For the first time, Kathryn Bernardo and Alden Richards will star in a movie under Star Cinema (ABS-CBN Films Production, Inc.) to be directed by Cathy Garcia-Molina.

Photos of the two stars and the director were posted on the Star Cinema’s social media pages on Tuesday, March 12, together with director Olivia Lamasan, Star Cinema managing director.

Not other details of the film have been released but it is scheduled to come out sometime this the year.

Kathryn last starred with Daniel Padilla in The Hows of Us and the family drama Three Words to Forever.