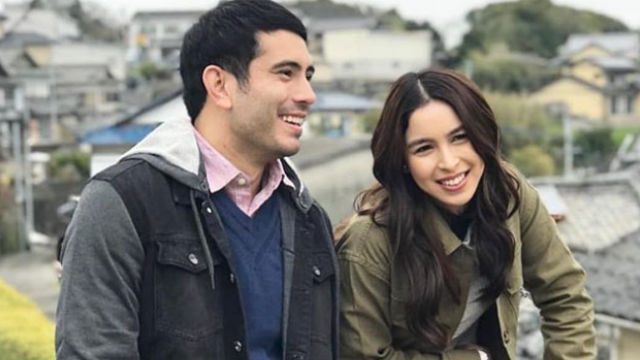 MANILA, Philippines – Julia Barretto and Gerald Anderson are teaming up for the first time in Between Maybes, a movie under Black Sheep Productions directed by Jason Paul Laxamana.

Black Sheep, which is under ABS-CBN Films, shared behind-the-scenes shots of the movie on their social media pages Tuesday, March 19. Jason Paul also wrote the story.

“Between Maybes is a story of two people who have lost control of their own lives,” he said. “One is a famous actress and one is a son of parents who were deported from Japan.”

Jason Paul said the meeting of the two characters will show how they regain control of their lives. The movie was shot in Japan.

.@jplaxamana, writer and director of #BetweenMaybes, shares his inspirations while writing the script, and gives us a little taste of what to expect from the film. pic.twitter.com/KAF3Whi7OR

The actress said that she can relate so much to Hazel since it’s her job.

“This is what I do almost everyday of my life. i love what I do. I love my craft and so does Hazel. I probably feel that Hazel, acting is her home. So kahit lumayo siya ng gaano katagal pa iyan, uuwi at uuwi siya sa home niya which is her craft,” she said. (So even if she stays away for long, she’ll still go home to her craft.)

“It’s a fresh new tandem,” Julia said of her pair-up with Gerald. “I don’t think it’s anything anyone ever expected na magkakatambalan (to be paired up).”

Playing Hazel Ilagan in #BetweenMaybes, Julia Barretto shares what attracted her to this character and this project. pic.twitter.com/xBYaOWFk0f

Gerald said that the story is something new for him because he gets to do a movie in a different setting.

Playing Louie Puyat in #BetweenMaybes, Gerald Anderson shares what he's most excited about for this film, and what he related to the most with his character. pic.twitter.com/PynX666e0S

A release date for Between Maybes has yet to be announced. – Rappler.com