IN PHOTOS: Marvel stars come together for ‘Avengers: Endgame’ premiere MANILA, Philippines – Marvels fans are waiting with bated breath for Avengers: Endgame to hit theaters on April 26 (April 24 – two days earlier – in the Philippines). The film is the long-awaited sequel to Avengers: Infinity War, which, for those who’ll remember (as if anyone can forget), obliterated half the heroes of the Marvel Cinematic Universe.

It is also seen as a turning point for the MCU, a passing of the baton, if you will, from the old batch of heroes to the next. (READ: Into the Endgame: a Marvel Cinematic Universe explainer)

The stars of the film, and other actors and filmmakers who have been part of the Marvel Universe, hit the purple carpet on April 22 (April 23, Philippine time) to greet fans and attend Endgame’s official premiere. In attendance were Robert Downey Jr (Iron Man), Chris Evans (Captain America), and Chris Hemsworth (Thor), Scarlett Johansson (Black Widow), and Mark Ruffalo (Hulk) along with other actors whose characters somehow survived the wrath of Thanos – whose actor Josh Brolin was of course, also at the premiere.

Also there was Brie Larson (Captain Marvel), the newest addition to Marvel’s roster of heroes, wearing a set of rings on her hand that looked very much like Thanos’ infinity gauntlet. (READ: Brace yourselves, ‘Avengers: Endgame’ longest MCU film yet)

Whether they’re there just to celebrate the end of the saga with the rest of the cast, or they’ll actually appear in the film remains to be seen – but viewers can find out on Wednesday, April 24, when screenings begin at select cinemas starting at 6:01 am. (READ: These PH cinemas will screen ‘Avengers: Endgame’ 24 hours a day during opening week)

In the meantime, here are some of the stars at the Avengers: Endgame premiere: 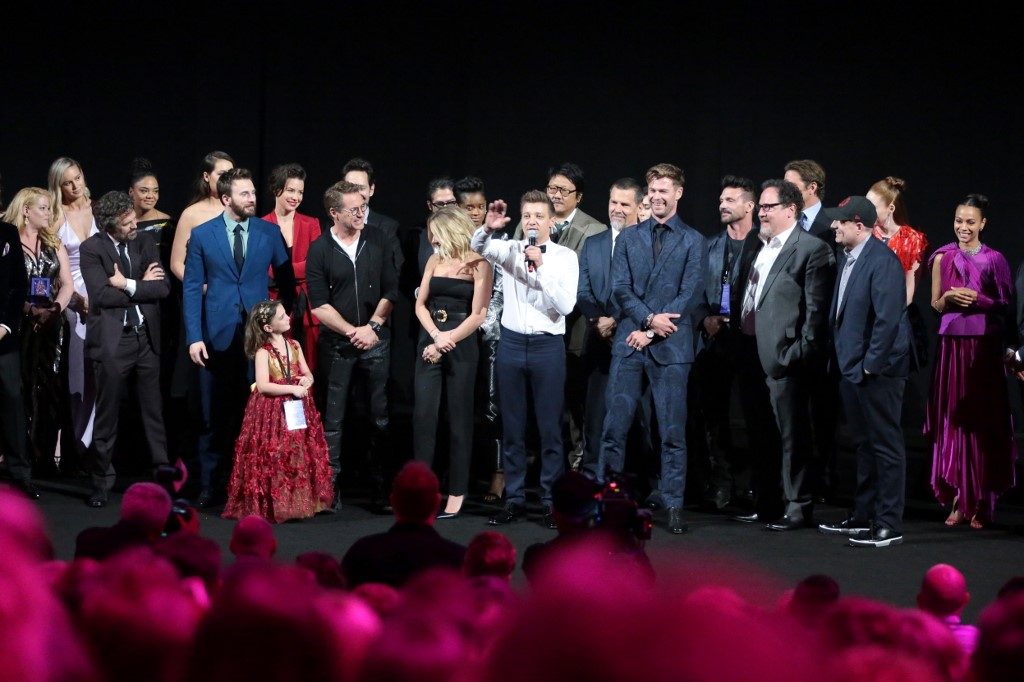