The Men in Black franchise’s humor-filled take on the government covering up the proliferation of aliens in the world was once a lucrative uniqueness. It is but inevitable that in this market, an unnecessary and patently lazy attempt to revive the franchise will happen.

Bland from the get-go

F. Gary Gray’s Men in Black: International is bland from the get-go.

The film goes through the motions of setting the storyline, introducing Agent High T (Liam Neeson) and Agent H (Chris Hemsworth) rushing into the Eiffel Tower to supposedly stop an alien invasion. The opening abruptly ends before revealing what is touted to be a twist, giving way to another introduction of another character, Molly, a young girl who allows an adorable alien to escape without her memories being erased. Molly (Tessa Thompson) becomes obsessed with the men in black and makes it her mission to join the ranks. She eventually does and is eventually given the name Agent M.

What really propelled the Men in Black franchise to complete an entire trilogy without its fans suffering from fatigue is the cleverly conceived tandem of stoic Tommy Lee Jones and bombastic Will Smith, whose rapport add further absurdity and color to its already absurd and colorful premise.

Sadly, Hemsworth and Thompson’s blend of flirtatious nagging and droll jib and jabber are not enough to make this revival truly memorable. The pairing lacks the wit that made Jones and Smith work. Hemsworth and Thompson rely too much on infatuation and romantic inclination to carry with it any real and lasting humor. 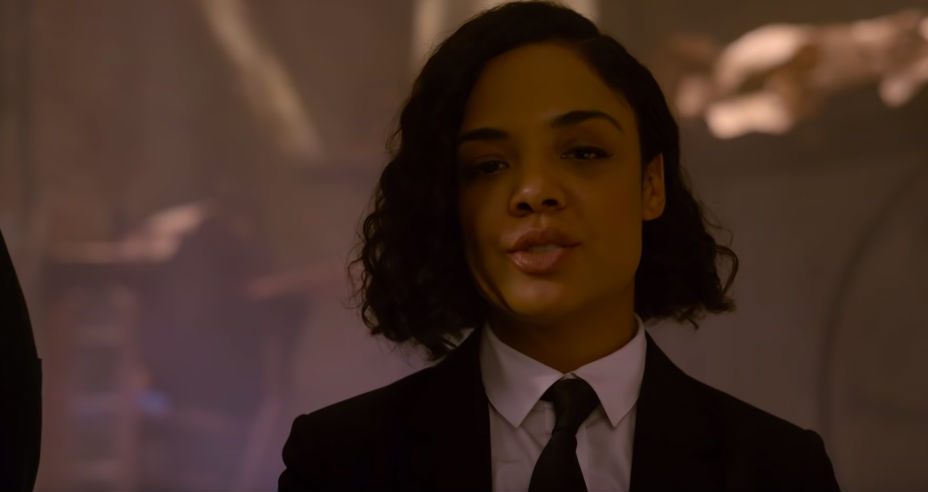 Men in Black: International is content with being ordinary.

Its storyline of a mole that has infiltrated the organization is sorely lacking in mystery and surprises. Its array of aliens is lacking in novelty, with only Pawny (Kumail Nanjiani), the pint-sized and hilariously servile guard, dishing out truly hilarious gags. Gone are the aliens whose intended similarities to the diverse culture that comprise America bear more than a subtle jab at the state of immigrations. Now, they’re all eyecandy, existing only to further exoticism.

It is all fine.

Men in Black: International isn’t noxious entertainment. It does get repetitive. The action scenes never astound. The humor is standard fare. If anything, it is really just an unimaginative money grab, with the studios delivering plain popcorn entertainment that has just enough salt and butter to make it tolerable enough to sit through. While it incorporates current attitudes about women finally being recognized, it doesn’t really push for that agenda, making it very clear that its motive is not to correct the past but to capitalize on it. Men in Black: International is a film that won’t have people begging for a continuation. It just pales in comparison to its livelier and more ingenious predecessors. — Rappler.com