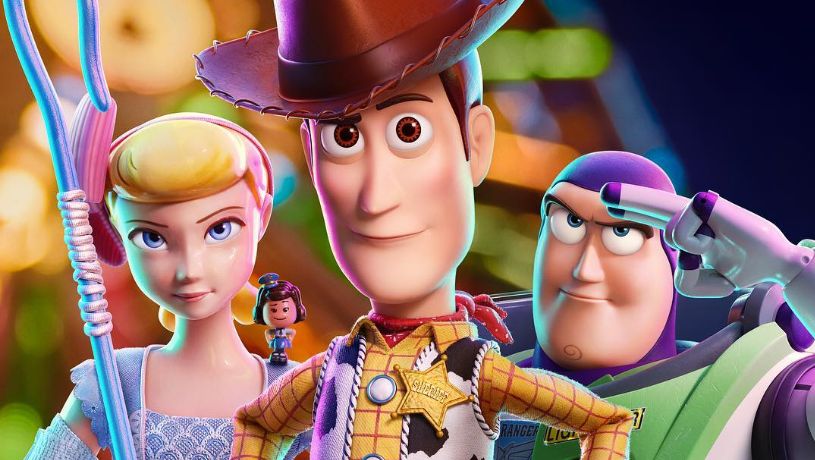 The film, which sees Woody, Buzz Lightyear and a fretful spork named Forky take a road trip, left the rest of the competition in the dust, even though it fell short of industry estimates.

It booked the 4th-highest ever opening for an animated film in domestic markets.

This 4th Toy Story again features the unmistakable voice of Tom Hanks as Woody, the ever-eager but empty-holstered cowboy doll, and Tim Allen as the impulsive Buzz (“To infinity, and beyond!”)

With the Disney/Pixar film receiving “glowing reviews,” Variety predicts it will run in theaters “long throughout the summer.”

Far back in second place was another new film, horror story Child’s Play from United Artists, at $14.1 million for the 3-day weekend.

A remake of the 1988 movie about a disturbingly creepy doll named Chucky, the movie stars the voice of Mark Hamill, and an on-screen Aubrey Plaza. Offsetting its relatively low weekend take was its equally low production cost of $10 million.

3rd place went to Disney’s Aladdin, at $13.2 million. The live-action movie, still drawing well in its 5th week out, stars Will Smith in the role of the Genie.

5th spot went to Universal’s animated The Secret Life of Pets 2, at $10.3 million. This sequel features the voices of Kevin Hart, Tiffany Haddish and Patton Oswalt in another tale of the trouble animals can get into when their owners are away.