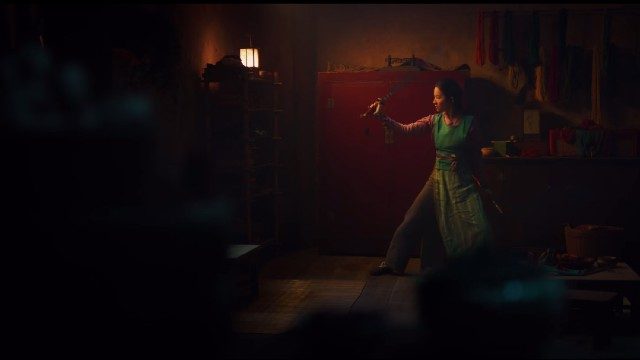 MANILA, Philippines – “It is my duty to fight.”

In the minute-and-a-half video, we’re introduced to Hua Mulan (Liu Yifei) who finds out that the matchmaker has found her an “auspicious” match. The teaser then cuts to clips of Mulan training and, eventually, in the thick of battle.

Mulan, which came out in 1998, tells the story of Hua Mulan, the eldest daughter of a respected retired warrior. When invaders from the North arrive, the Emperor of China orders that one man from every family must serve the Imperial Army. Mulan secretly takes the place of her father, who is  ailing.

The live action remake includes an all-star cast with Donnie Yen as Commander Tung; Jason Scott Lee as Böri Khan; Yoson An as Cheng Honghui; with Gong Li as Xianniang and Jet Li as the Emperor.

Mulan is slated for a Spring 2020 release. – Rappler.com