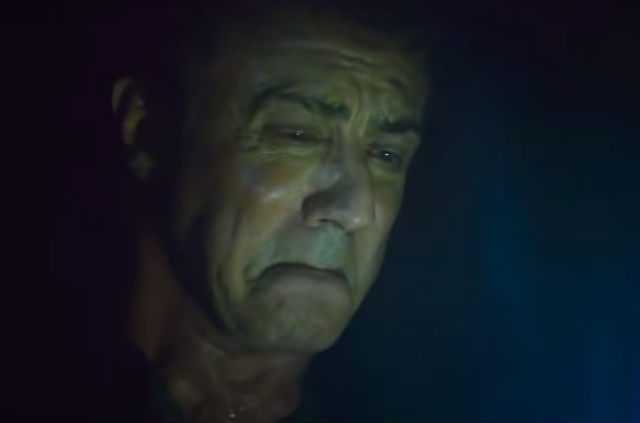 John Herzfeld’s Escape Plan 3 opens with such unabashed realism. Its eventual descent into just another movie that panders to a dated concept of machismo feels like a gross betrayal – even if there was never really a chance that this low-budgeted third entry to the formula-reliant action franchise would shift its goal of being brainless and brutish entertainment.

Images of the sorry state of Middle America litter the screen during first few minutes of the film.

Escape Plan 3 starts out like it never had the intention of being an actioner. It feels like it is a film that has a heart that bleeds for America’s disenfranchised, the populace who have become so affected by the gradual collapse of their country’s economy. Then the film suddenly flexes its affiliation for action, when Daya (Melise), the daughter of a wealthy Chinese businessman is kidnapped by thugs, predictably resulting in the team of Ray Breslin (Sylvester Stallone), along with the former lover turned bodyguard (Harry Shum, Jr.) of Daya, staging the titular escape plan for the kidnap victims.

Still, the entry of Chinese elements into the narrative doesn’t seem like it was done in a whim.

Sure, the film is bankrolled by many Chinese investors, but there is definitely some discourse to be had in a set-up that involves an American city who clings to the Chinese for economic salvation. There is politics here that sadly, the film unsurprisingly did not pursue, turning it into an odd thread that leads minds to question whether or not Escape Plan 3 and its unabashedly brash methods for entertainment are meant for things beyond escapist diversions. The film somewhat reeks of inelegant propaganda.

However, Escape Plan 3, even without that very curious set-up, feels more like an inutile display of muscles than an inventive piece of action cinema.

It has all the boors and the biceps to inspire either the rawest or the most bombastic of explosions and fistfights. Unfortunately, the film relies on cliché and repetition. There is definitely a greater dose of brutality here but the intensity of the action is just not there. The film attempts to excite with a roster of action stars that promises great things, then it severely under-delivers, with the likes of Stallone and Dave Bautista doing almost nothing to raise the stakes.

There is more banter than brawls here.

To add insult to injury, the talk is mostly expository than compelling, more a means to move forward a plot in the most convenient of ways than a manner to enrich the experience. The problem with Escape Plan 3 is not that it is a slave to formula. It is that it is a very lousy and lazy slave, one that surrenders to the fact that it is subservient to unoriginality so it just goes through the motions of delivering something that lacks any lust and luster.

Too late, too few, too unremarkable

Escape Plan 3 is a slog.

It is all set-up and no follow-through. While there is action, it is too late, too few, and too unremarkable to make any dent. — Rappler.com