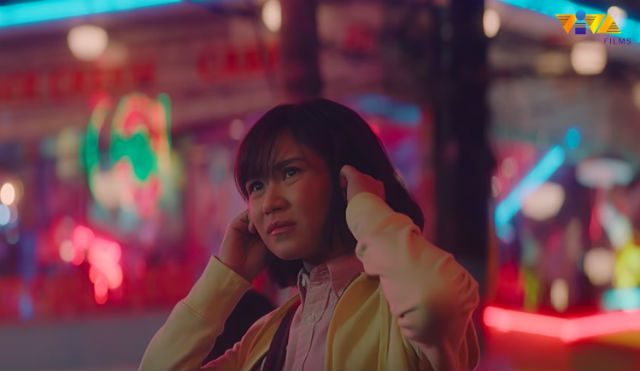 In the short reel, Sarah’s character and her dog “Happy” seem to be lost as they try to find their way to Baguio to visit her sick grandmother. Along the way, Sarah’s character meets – and helps out – Regine Velasquez’s character, who now has to deal with all her restaurant customers by her lonesome.

Unforgettable is a joint project of Viva Films and The Idea First Company. Aside from Regine, other stars such Anne Curtis are expected to appear in the movie.

The movie is scheduled for release on October 23. And while we don’t quite know the whole plot yet, we’re almost sure it’s going to be a tear jerker.