Facing the possibilities of adult responsibilities breaking them apart, 5 friends make a pact to have a yearly reunion at the riverside clearing where they spent their last few days as sheltered and privileged youth drinking, frolicking and witnessing meteorites fall from outer space.

After a year, one by one, the friends appear in their appointed meeting place. Clearly, things have changed.

The camaraderie that led them to make a pact in honor of their supposedly lasting bond seems tainted.

The first segment follows Ma-an (Jane Oineza) on her quest to be a successful influencer, sacrificing her integrity just to gain likes and followers. Following Ma-an’s story is the year-long escapade of Denzel (Jerome Ponce) whose nights of random hookups and sexual encounters will come to an end when he meets a guy who desires more than just a one night stand from him.

Hopelessly romantic Hadji (Albie Casino) is struggling to define the relationship he has with Juna Mae (Myrtle Sarrosa) who prefers that their romance not be beholden to traditional labels and niceties. Finally, Kurt (Tony Labrusca) is overwhelmed by the sudden onslaught of adult obligations and responsibilities, forcing him to prioritize work over all other things.

Ang Henerasyong Sumuko sa Love is the latest in the long line of films that show hollow glimpses of the psyche of oft-misunderstood youth through thematically and narratively related episodes.

Think of it as something like Gilbert Perez’s Jologs (2002) but with almost none of its sense of innovation or courage to stretch the boundaries of what is acceptable within the mainstream market. Perhaps it is unfair to compare simply because the generation that Laxamana seeks to define has already accepted economic injustices, sexual frankness and other melodramatic concerns.

Laxamana conjures characters of glaringly trivial dilemmas, the motivation of which could be to offer a condescending purview of a generation so far removed from the real ills of society or to simply carve easily digestible dramas from the stereotypical burdens of millennials.

It is all cute and dandy.

Laxamana’s films have bright moments of wit and humor. When tearfully Hadji chases after Juna Mae, begging her to stay, the film becomes a candid portrait of a man fully emasculated by a woman. That Denzel’s happy-go-lucky outlook on sexual relations is one-upped by a man who desires to put a label to his preference for multiple sexual partners is quite an ingeniously conceived comeuppance.

Yet that is exactly why Ang Henerasyong Sumuko sa Love doesn’t feel like it endeavors to understand the mindset of its characters. Its episodes are structured like morality plays and parables, with its characters going through predictable narratives where they get what’s due them and their caprices, hesitations and apprehensions. There is nearly nothing novel in the four episodes of the film.

The film even ends in a rather patronizing note, dangerously celebrating a friendship it barely defines as the cure-all to the qualms, follies and drastic solutions of its titular generation. 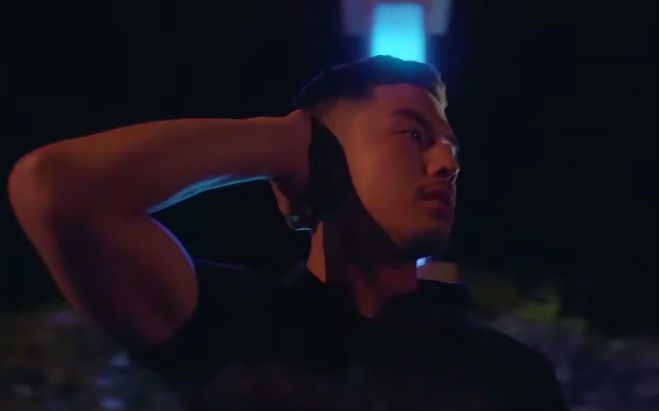 Sure, there are delights here and there, but the film feels outdated, preferring to pander to what is expected of youth-oriented films than to truly speak for the millennials whose moods and attitudes it exploits for trite entertainment. — Rappler.com