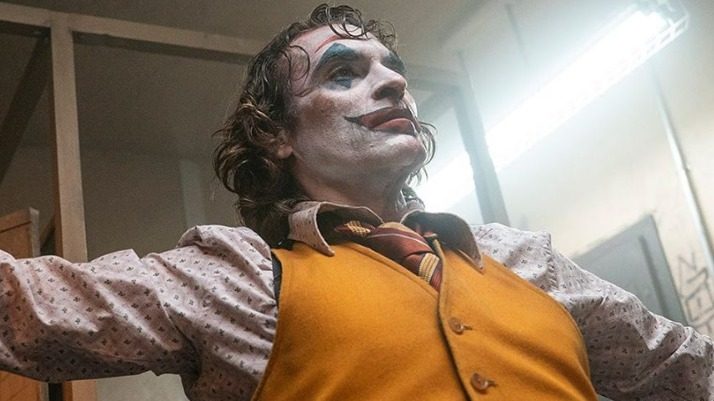 Facebook Twitter Copy URL
Copied
'Joker' gets the last laugh once again, dominating the box office on its second weekend with $55.9 million

Starring Joaquin Phoenix, Joker provides the backstory for the rise of Batman’s maniacal nemesis, painting a dark and disturbing portrayal of a would-be stand-up comedian’s descent into madness.

Last week, the film directed by Todd Phillips – maker of The Hangover trilogy – set a record  for an October release, taking in $93.5 million in its first weekend.

This weekend, United Artists’ family- and Halloween-friendly The Addams Family placed second, scaring up $30.3 million for its opening run.

It follows the mysterious and spooky clan as they prepare for a visit from some even creepier relatives.

In 3rd, at $20.6 million, was Paramount’s new film Gemini Man, which stars Will Smith as a retired hitman who must face off against a younger clone of himself.

Abominable from Universal came in 4th, down from last week’s second, at $6.1 million.

The animated adventure tells the story of a teen and her friends trying to help a young Yeti reunite with its family as a wealthy man seeks to capture it as a prize.

And in 5th was Focus Features’ Downton Abbey, at $4.9 million. The cinematic follow-up to the hit TV series has the aristocratic Crawleys and their earnest staff scrambling to prepare for an unexpected visit by the British royals.