WATCH: First teaser for PH remake of ‘Miracle in Cell No. 7’ 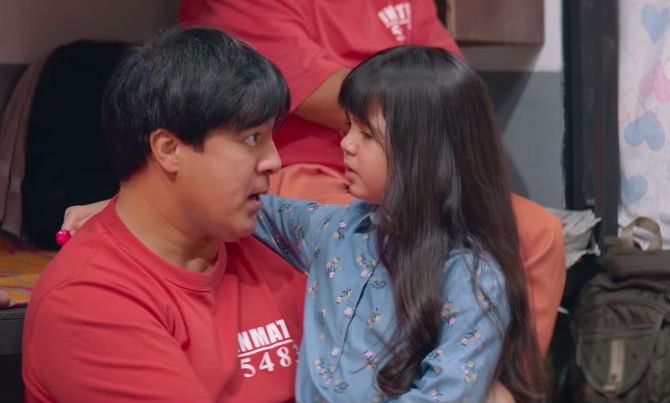 MANILA, Philippines – The first teaser for the Filipino adaptation of the Korean tearjerker Miracle in Cell no 7 was released on Tuesday, November 12.

The movie stars Aga Muhlach and Xia Vigor as the father and daughter, Lito and Yesha. Their lives change after Lito is imprisoned for a crime he claims he’s did not commit.

Lito later becomes friends with several inmates – Joel Torre and Soliman Cruz among them. The group becomes close to Yesha as she cheers them up inside the cell.

Miracle in Cell no 7 is directed by Nuel Naval and will premiere on December 25 as part of the Metro Manila Film Festival. – Rappler.com