New songs, new characters: What to expect from ‘Frozen 2’ 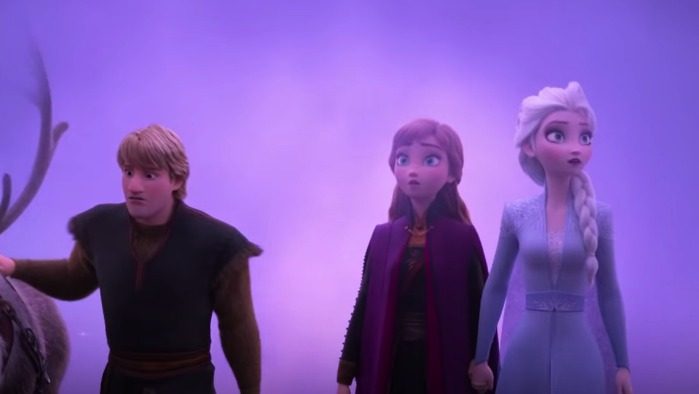 MANILA, Philippines – It’s been 6 years since our obsession with Disney’s Frozen began, and we still cannot let it go.

Luckily, the Oscar-winning film’s highly-awaited sequel is just days away (November 20 in the Philippines), and both the kids and the kids-at-heart are giddy with excitement to see what’s next for Arrendale’s royal sisters, Queen Elsa and Princess Anna.

Based on the scenes and score of Frozen 2’s trailers, some have anticipated part two to take on a grittier, darker route, with the gang facing new dangers and maybe a more ominous foe.

Rappler talked to Disney’s Head of Story for Frozen 2, Normand Lemay, who also worked on the visual storytelling of Frozen, Moana, Big Hero 6, and Zootopia, for a sneak peek on what lies ahead for Anna, Elsa, Kristoff, Olaf, and Sven, as well as for the fans of Frozen.

We’re all excited for the sequel. What is Frozen 2 going to be like for both kids and their parents, since the first Frozen ended on a final, happy note?

Normand: Frozen has reached that right balance that both kids and adults can embrace, so we’re doing the same with Frozen 2. What you can expect is a world beyond the Kingdom of Arrendale! We will recognize the rich personalities of all our characters – Anna, Elsa, the whole gang – and explore an emotionally deeper dive of what they’re made of, with new challenges. It’ll be a much bigger, richer adventure.

Are you adding anything new to the table?

Normand: There are new characters, as well as a new score, and new challenges that will definitely push our main characters. For the songs, yes, there are at least 7 new original songs.

Frozen 2 seems heavier and more suspenseful, as seen through the trailer. How will it differ from Frozen in terms of the themes part two will explore?

Normand: The first movie dealt with Elsa concealing and hiding her powers in fear, afraid of showing who she really was. But in the sequel, it’s different. Frozen 2 takes place 3 years later. Anna is now 21 and Elsa is 24, so we’re dealing with the future after Frozen 1.

This includes dealing with the future of these characters and their deeper emotions. The sisters live together, but there are still issues. So this is a part of their relationship Anna and Elsa will get to talk about. They’re both at a point in their lives that they have to make a big decision, while big, lingering questions are coming back to the surface.

At that age, big questions are answered – where will they end up in real life? So there’s a theme of maturity in the sequel that’s prevalent which we will talk about.

So, you can expect that from Frozen 2. We want to make sure that these characters grow up with you. – Rappler.com