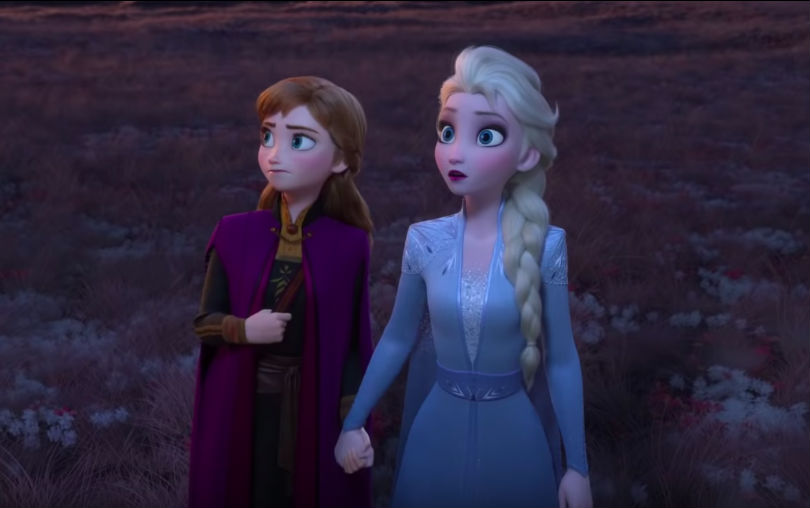 The film follows the beloved characters from 2013 hit Frozen, as they travel to an ancient, autumn-bound forest in search of the origin of Queen Elsa’s (voiced by Idina Menzel) magical ice powers.

Frozen 2, which has come out just in time for the winter holidays, set a November record for an animated movie and secured the third-best start for an animated film behind fellow Disney titles Incredibles 2 (2018) and Finding Dory (2016), according to Variety.

In second was last week’s leader, Ford v. Ferrari, with an estimated $16 million. The Fox film is based on the true story of how a team at Ford built a car to challenge Ferrari’s longtime dominance of France’s classic 24-hour Le Mans race.

New Sony release A Beautiful Day in the Neighborhood, a drama about a journalist’s relationship with beloved television star Fred Rogers (played by Tom Hanks), debuted in third place with an estimated $13.5 million.

Thriller 21 Bridges opened at fourth, taking in an estimated $9.2 million. The new movie from STX Films stars Chadwick Boseman as an NYPD detective who shuts down all 21 of Manhattan’s bridges to find two suspected cop killers.