‘Kings of Reality Shows’ review: A comedy and a confessional

Dec 1, 2019 9:09 AM PHT
Oggs Cruz
Facebook Twitter Copy URL
Copied
'Kings of Reality Shows' is more than what it thinks it is 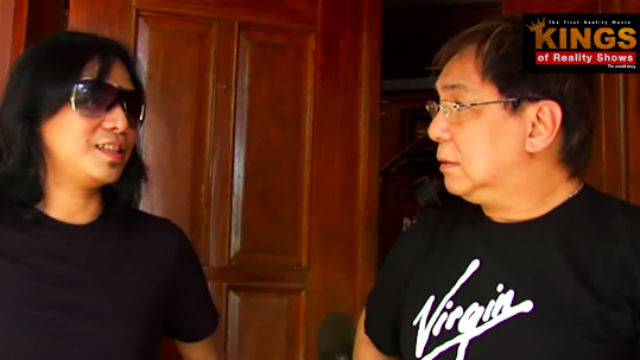 Ariel Villasanta’s Kings of Reality Shows doesn’t have the gleam or glamour of a film that ambitions permanence.

In fact, it’s edited in some haphazard fashion that telegraphs no grand intentions except the gnawing need to simply be complete enough for public consumption.

However, despite its indubitable unsightliness, the film is actually compellingly complicated, and worth more than just a side glance one would normally reserve for make-do productions.

It unintentionally finds itself as one of the most fascinating portraits of the business of show business, infusing the clichéd narrative of fame as an obvious precursor to all sorts of fall from grace with complex feelings such as desperation, regret and the sincerest remorse. The film is clearly salvaged from a forgotten past. Its humor is sometimes outdated and offensive in this age of utmost political correctness. While it appears to be a last-ditch effort to make something out of footage from an unfinished film more than a decade ago where the rowdy pranks of Ariel and Maverick, his partner in crime, were the toast of the town, it really is more of an heartfelt confessional of a contrite has-been.

The miserable first part of Kings of Reality Shows is an excruciating montage of celebrities and politicians solicited by Villasanta for any form of support to allow him to purchase both the rights and the footage from the network that financed the unfinished film.

Villasanta’s wit here is a far cry from his best works, snippets of which are inserted in between his courtesy calls to the personalities he regards as his heroes. Villasanta is barely funny and is more a defeated creature begging for alms, while allowing his uncharacteristic submissiveness to all the big names he interviews to reflect not just his political allegiance but also how far he’s changed from the irreverent comedian he was decades back. The first part of the film is as entertaining as political propaganda. It would force any viewer allergic to politicking to give up on the entire thing completely, which is unfortunate because there is more to Kings of Reality Shows than mayors, senators and a president being peddled for influence. 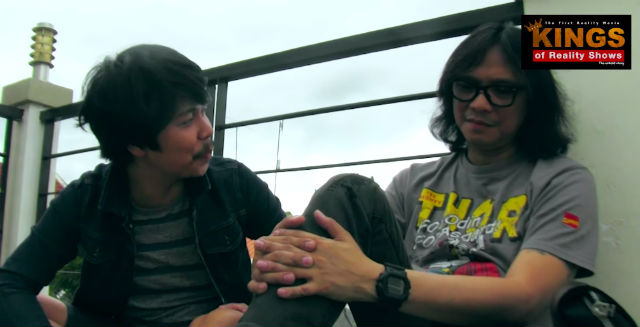 Thankfully, the torture is but temporary.

Kings of Reality Shows segues to the unfinished film, the flexible concept of which has Ariel and Maverick flying to Hollywood to audition for American Idol. The portion starts with a brief account of how the two rose to fame, turning the film into a gratifying peek to a not-so-distant past past where absent the conveniences of camera phones and social media, reality was a novel concept. The gags remain true to the brand of the comedic duo, where their oddly amusing mix of clueless self-importance and recklessness turn the most mundane of activities such as an interview or a pitch into hilarious skits.

It’s a meandering effort, owing to the fact that its being script-less prevents it from showcasing a point to latch on.

The film is clearly fueled by comedy that might have worked in short spurts, but in long form, feels pointless and redundant. Pranks are piled over plot cues that telegraph the revelation as to why the film was never finished. The film concludes in a surprisingly and poignantly somber note, adding a lot more gravity and heft to the awful first part as it now, in hindsight, reveals the grandiose extent of Villasanta’s transformation from being the larger-than-life television star to a sorrow-laden entertainer who has been rendered obsolete by his own doing.

All in all, Kings of Reality Shows, blending comedy and confessions, mixing reality and fiction, is more than what it thinks it is. It’s a cautionary tale, an ode to friendships taken for granted, and a very impassioned apology. Its insights on both the allure and the dangers of show business are precious. – Rappler.com