‘The Heiress’ review: Wasting a legacy 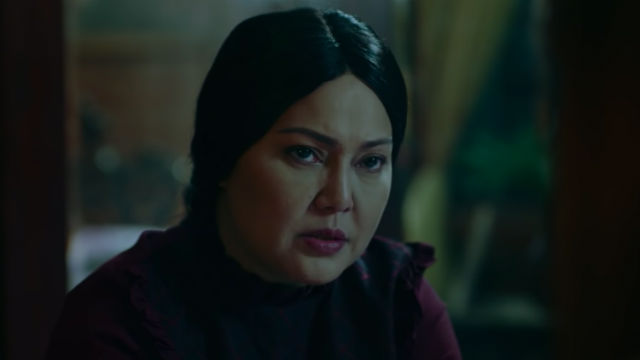 Frasco Mortiz’s The Heiress is another run-of-the-mill horror that wastes an opportunity to draw fear from very real familial discord all for the sake of easy shock and grisly spectacle.

Lack of ambition and imagination

However, it isn’t its lack of ambition and imagination that is most frustrating.

It is its absolute refusal to make use of the talent of Maricel Soriano, relegating her to a role that is bereft of emotional complication. The veteran actress, who fluently echoed the emotional struggles of a pregnant woman contemplating abortion in a judgmental society in Ishmael Bernal’s Hinugot sa Langit (1985), and who found subtle complications in horror tropes in Peque Gallaga and Lore Reyes’ Sa Piling ng Aswang (1999) and Bobby Bonifacio’s Numbalikdiwa (2006) and Chito Rono’s T2 (2009), is wasted in the film, throwing menacing looks and unbelievable maternal doting without a hint of rhyme or reason.

Soriano in The Heiress is ineffective, not because she does not have the skills to humanize a villainess but because the villainess is simply a lousily written character.

In fact, Soriano is out-performed by Sunshine Cruz, who plays her sister, and Janella Salvador, who plays the titular heiress who is fated to inherit the demonic powers of Soriano’s character. Again, it isn’t Soriano’s fault. It is just that the characters played by Cruz and Salvador have more room to navigate. This isn’t to say that their characters are satisfyingly complex. It just means that the character of Soriano is just woefully one-note, and could have been played by any other actress without a legacy to be wasted. 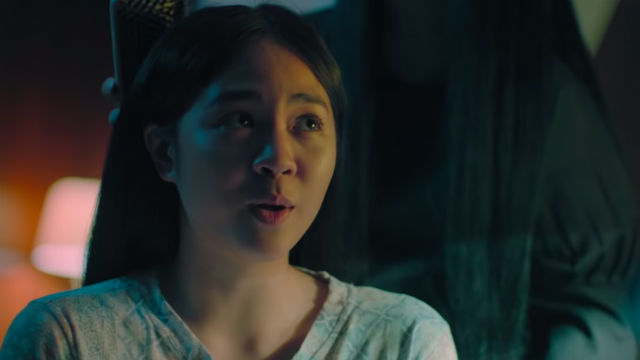 Soriano is in the movie because she contributes a certain presence, a supposedly oppressive ambivalence to a character whose maternal attachment to her niece has become suspect when her sister suddenly arrives from working abroad for many years.

She is literally a set piece. Her face is strangely immobile. She is garbed in a black frock. There is literally no room for any other interpretation that she is motivated by evil.

This is one of the biggest problems of The Heiress. It presents a scenario that is ripe for discourse, one wherein a wide-eyed teenager is suddenly left with the difficult decision of expressing her allegiance to either her absentee mother or an aunt who has dedicated her entire life to her upbringing. Laced with the supernatural elements, the film could have explored the intricacies of the Filipino family.

Sadly, Mortiz does not care for anything other than gore and sloppy scares.

As a result, The Heiress is sad, sad dud.

There are no real surprises, no twists worth all the redundant horror tropes. The film is a lousy slog. – Rappler.com