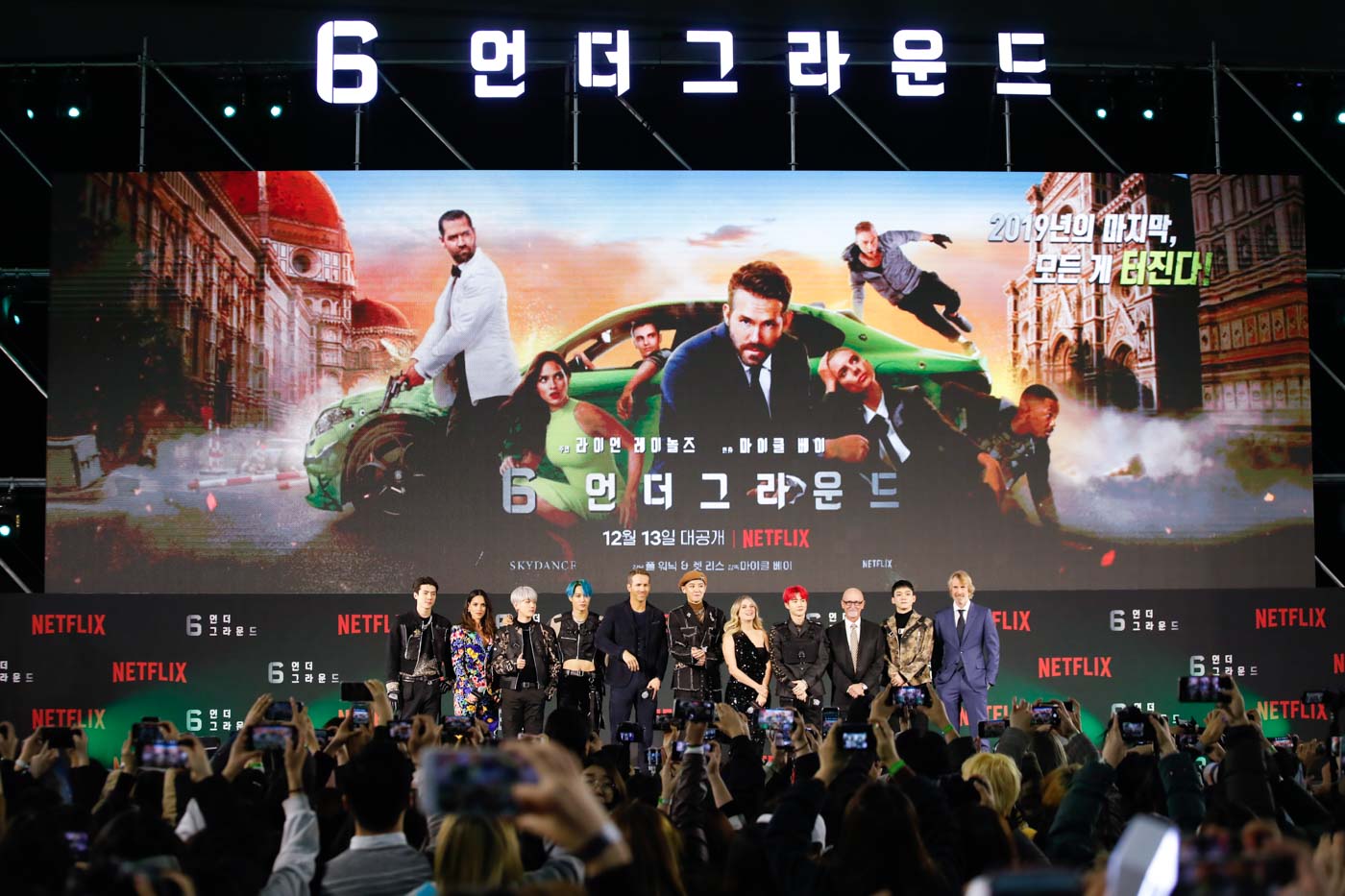 SEOUL, South Korea – It was a very cold Sunday night a week ago in this city but not even one-degree Celsius temperature could keep hundreds of fans from showing up at the Dongdaemun Design Plaza for the world premier of director Michael Bay’s new action movie, 6 Underground, that’s set to stream on Netflix on Friday, December 13.

The outdoor green carpet and fan event premier did not disappoint. The stars of 6 Underground — Hollywood giant Ryan Reynolds, Mélanie Laurent, and Adria Arjona — along with Bay and producer, Ian Bryce, graced the event. (The other stars Manuel Garcia-Rulfo, Ben Hardy, Dave Franco, and Corey Hawkins weren’t able to make it to the premier.)

It was “freezing cold,” Arjona said of the weather and the stars were in awe with the fans’ dedication, staying put just to see them in person. In return, the actors signed as much autographs they could and granted fans selfies. 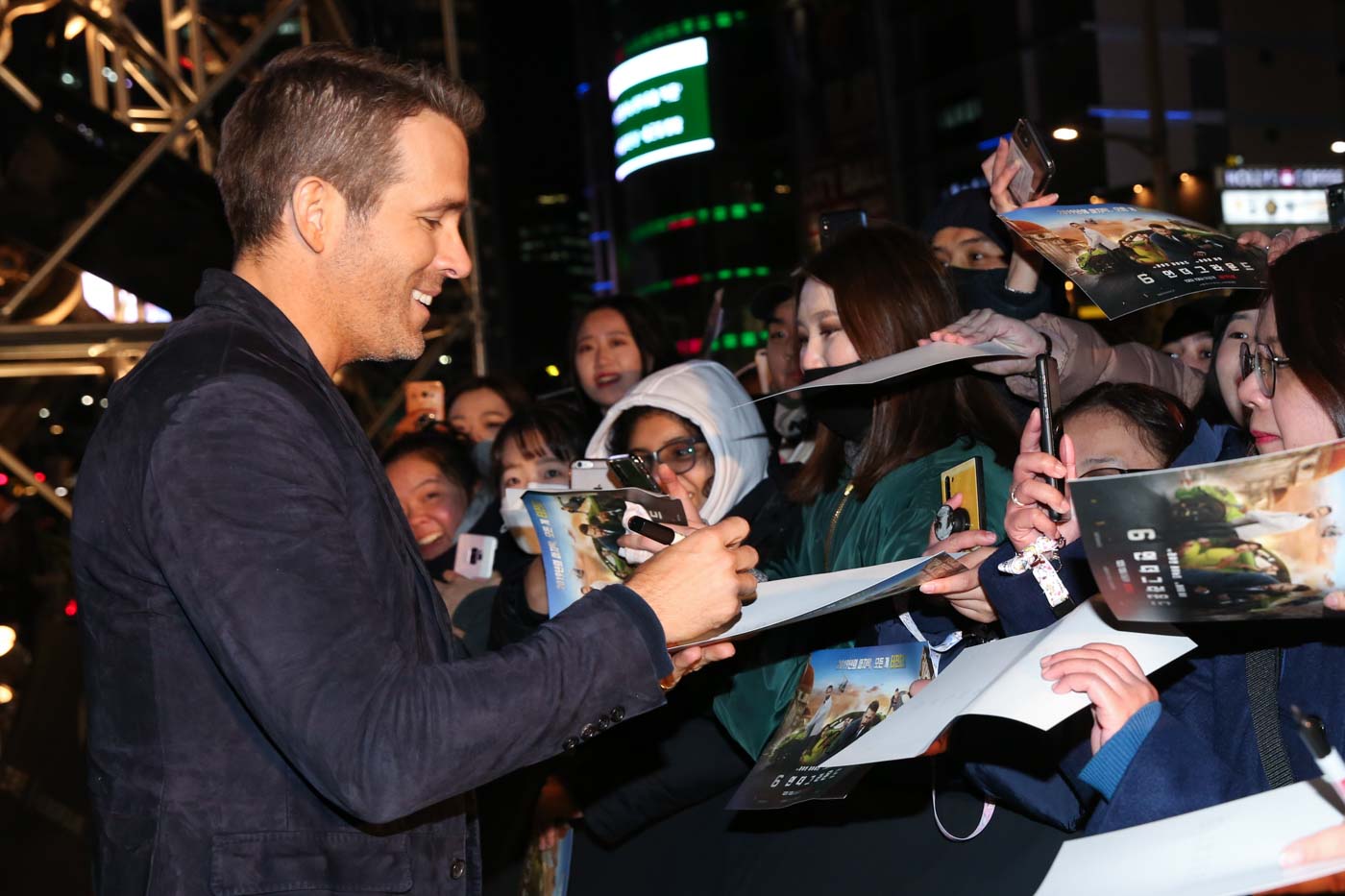 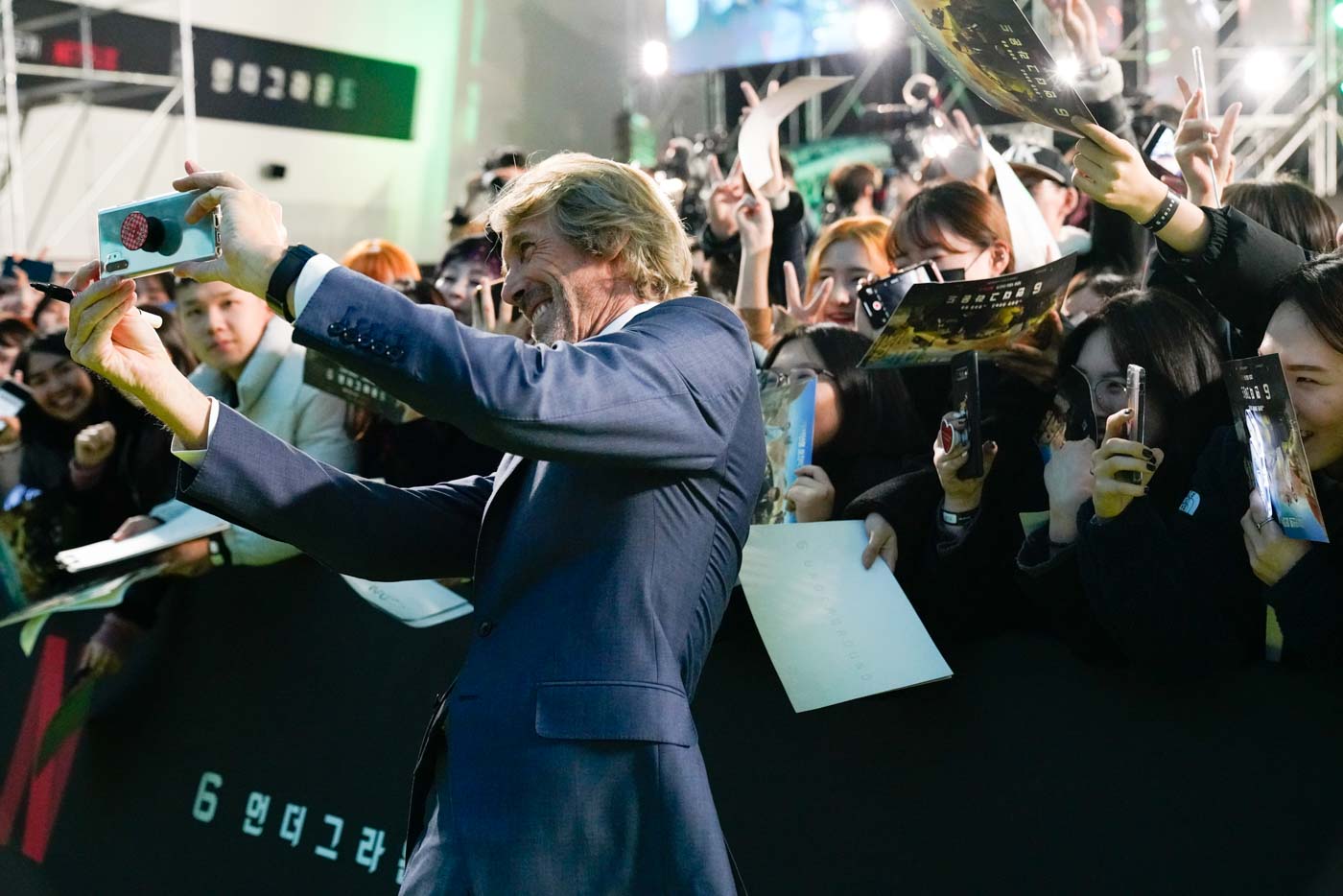 At a press conference held earlier that day, Bay said “6 Underground is about 6 capable individuals that are all damaged souls in some way or another.”

“It’s them looking for a form of redemption. So they fake their own deaths, [and] they become ghosts. They lose their digital footprint and from there they take on some very evil people in a way to make the world just a little bit [of a] better place,” Bay said.

Reynolds’ character, code-named One, is a billionaire who becomes disillusioned and “disenfranchised about geopolitical issues and life in general.” 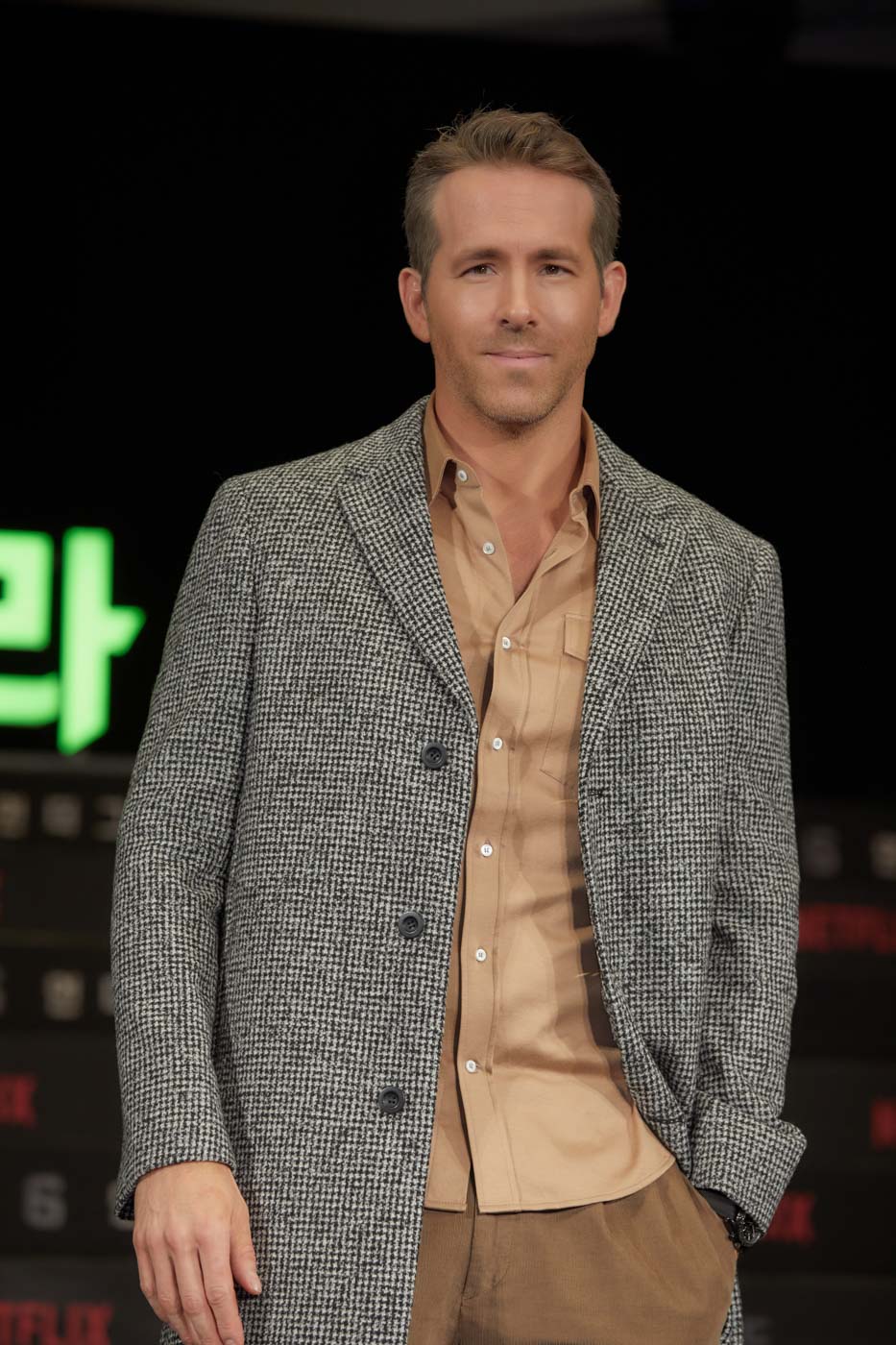 “My character’s a guy who takes this into his own hands, uses all this insane amount of money he happens to have, and decides to put it into use to make the world a better place.  He targets one specific dictator and decides to bring down his entire regime using only the 6 people he has with him,” Reynolds said.

Inside the DDP, as the premier night venue is also called, nearly 300 more fans gathered carrying either 6 Underground lightsticks, EXO’s lightsticks called Pharynx, or both for the excitement inside the hall brought by a live stunt simulation.

And of course, EXO’s performance of “Obsession,” the first single off their just-released sixth album with the same title, got everyone into the groove.

Chanyeol is a self-confessed Reynolds fan. “We are looking forward to the movie and we are so happy and I am very grateful to be here,” he said. Suho recalled how Chanyeol dressed up as Deadpool in one fan meeting.

“At the thought that we are able to meet not only Ryan Reynolds but also the director Michael Bay, we couldn’t help ourselves but come here, of course,” Suho added.

It was a fanboy moment for the K-pop idols when finally, Reynolds, along with Laurent, Arjona, Bryce, and Bay shared the stage with EXO. Reynolds did try to dance, but conceded it’s best to leave it to the experts.

The Hollywood star had another light moment with EXO and shared it on his @VancityReynolds Twitter account.

Thrilled to be EXO’s newest member. I might not be able to dance or sing, but one thing’s for damn sure: I have no idea how to give the “thumbs up” sign. Honestly, I never learned it. @weareoneEXO @Bosslogic pic.twitter.com/tqxuvIuSuh

6 Underground is undeniably Michael Bay with its high adrenaline action scenes, fast cuts, and stunning visuals and special effects that often draw the audience into the film, making them feel they’re in the scene and leaving them breathless. The movie trailer shown at the hall had everyone hyped up.

It’s a Michael Bay movie with no robots in it, obviously, Bryce told reporters. 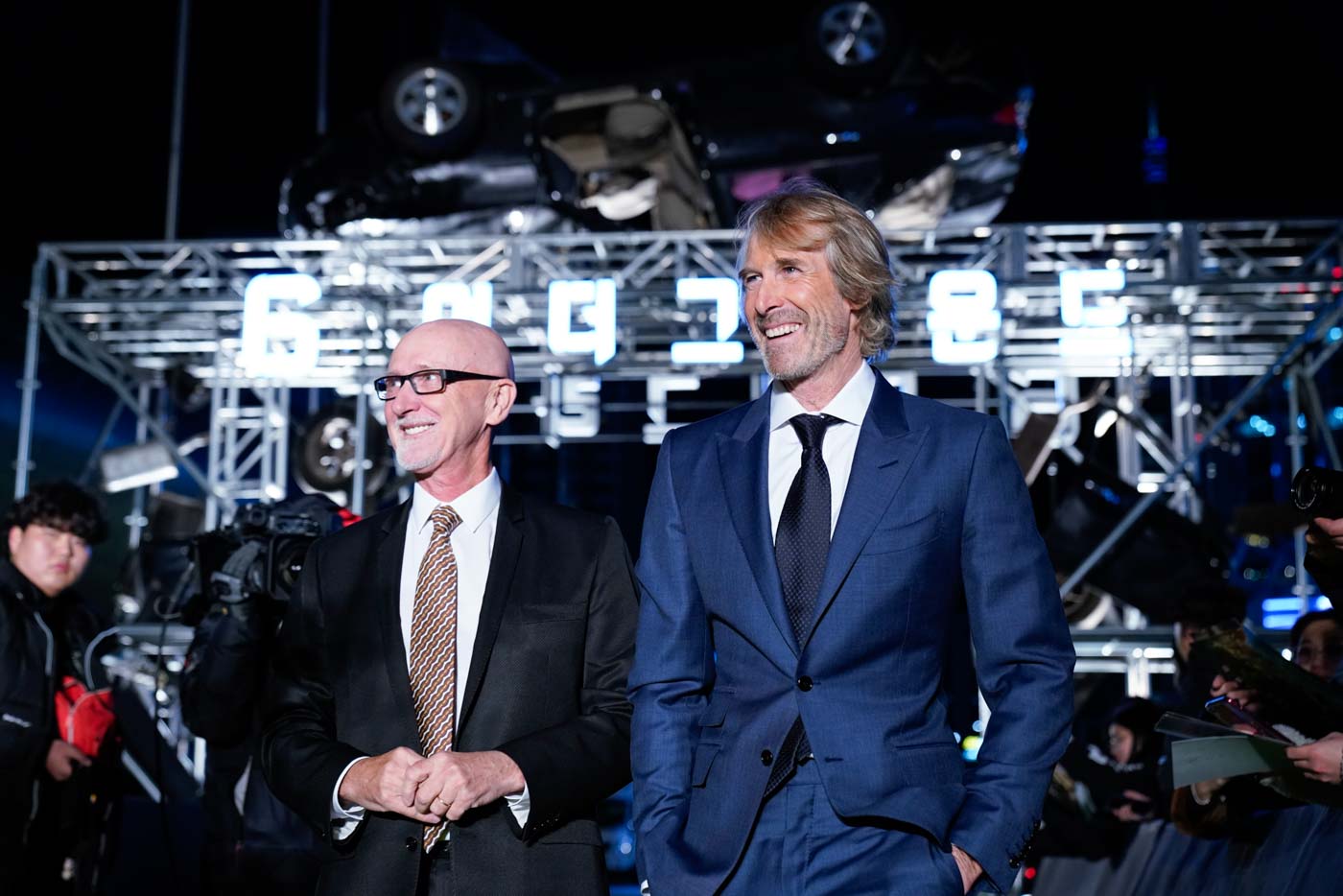 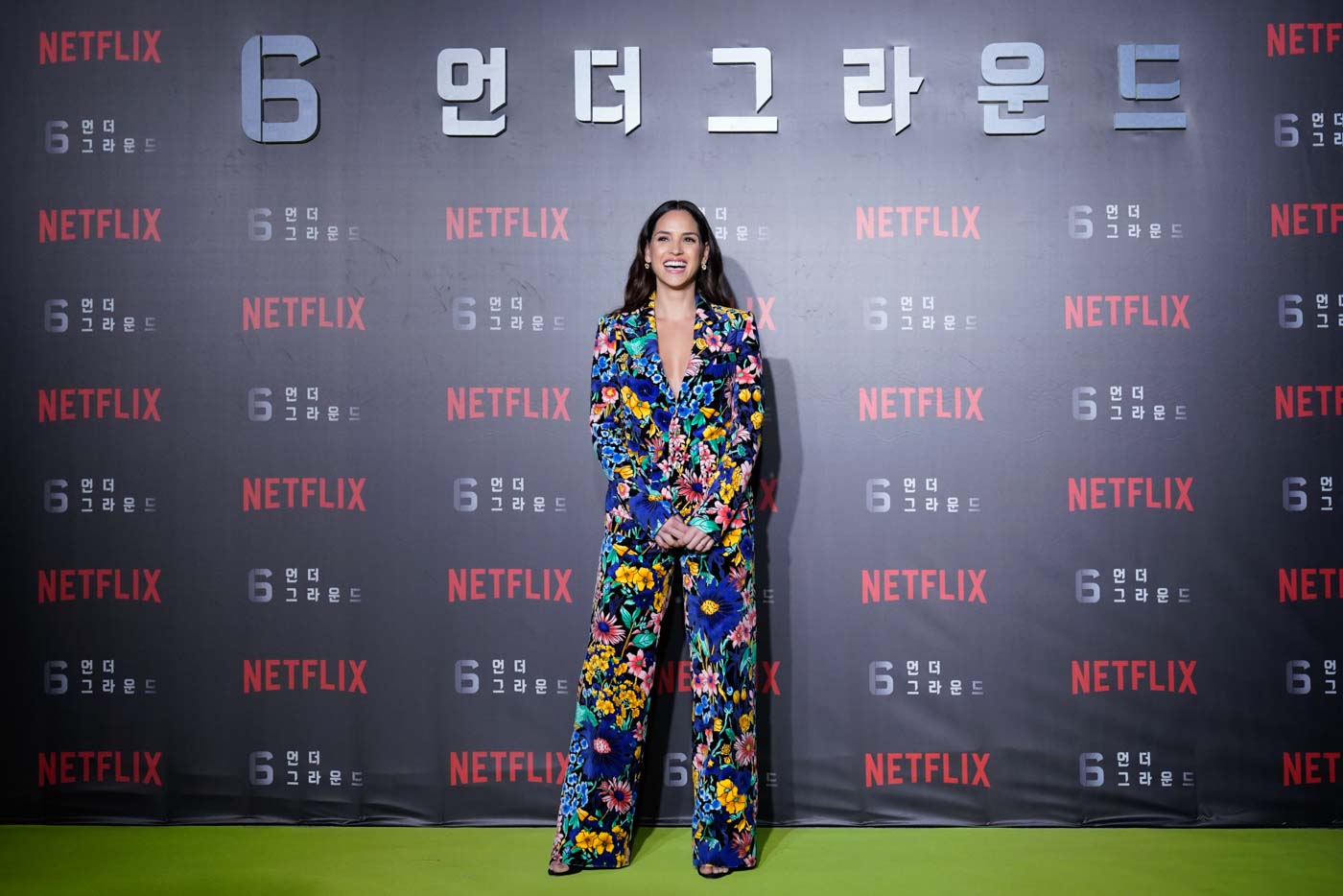 It’s a grand movie in terms of scale and scope, Reynolds said.

“This is a movie that is so big and is so muscular and is such an event that I’m just kind of floored the whole time. I sort of felt like a student over again, watching the movie, watching not just  the way Michael Bay works, but the entire team around him. For me, that was a real lesson,” he said. This was the reflective actor Reynolds talking.

And here’s funnyman, Deadpool Reynolds making a pitch for the movie, describing 6 Underground as “the Michael Bay movie that Michael Bay has ever Michael Bay’d.”