‘Miracle in Cell No. 7’ review: Improving on the original 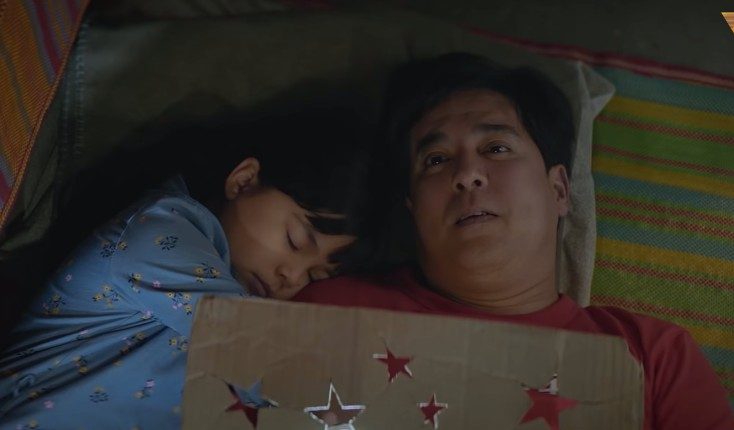 It is inevitable that Lee Hwan-kyu’s Miracle in Cell No. 7 would find a place in the hearts of many Filipinos.

The Korean prison drama about a kind-hearted but mentally challenged father who goes to jail for a crime he didn’t commit has been dubbed in Tagalog and has garnered quite a following. It isn’t strange at all. The storyline, while novel because of details that are specific to its Korean setting, is rife with issues that are pertinent to the Filipino experience.

Director Nuel Naval actually has very little to do in adapting the movie.

The story fits like a glove and perhaps finds further poignancy when told in a setting where the injustice that is the heart of its conceit does not feel like a narrative device but a stuff of reality. The adaptation doesn’t really need to veer much. Details are tweaked to suit the country, but only to an extent that would not derail the film’s tear-jerking intent without the social guilt, without pushing for the more compelling discourse that injustice is an adjunct of social inequity.

This Miracle in Cell No. 7 still just points its fingers at the rotten eggs in government who abuse their power. It has clear villains and stops there. It skirts reflection.

This is all good. Naval doesn’t make any promises of social realism here. In fact, the grit depicted in his film is very much stylized, concentrating on the palatable and sometimes humorous aspects of prison life rather than real suffering. Again, this is all fine. Miracle in Cell No. 7 is, after all, more interested in the humanity of its characters than the inhumanity of the society that they live in. If the film touches on very relevant issues, it is most likely not a product of design.

What really matters is that despite the film’s hesitation to cross that line that would evolve the film’s discourse beyond predictable empathy, the film still works hard to achieve that right balance of levity and tragedy that resonates. Naval more or less pushes the right buttons, absolves himself of any pride of knowing better and mostly surrenders to the familiar pace and grooves of Lee’s original film.

Aga Muhlach is fine here as Lito, the heartbreakingly innocent father who is penalized simply for being at the wrong place at the wrong time. While some subtlety would have benefited his performance, it can’t be denied that it very effective in the film’s ultimate goal of making the character easy to sympathize with.

Miracle in Cell No. 7 really owes its affect to the supporting cast.

Xia Vigor, who plays Muhlach’s adorable daughter Yesha, is a bundle of joy. Her rapport with Muhlach is vivid and is largely the reason why the film works so well. John Arcilla, who plays the initially stern warden who later on becomes Lito’s champion in his fight for justice, is also impressive.

What is clear, however, is that the reason Naval’s take on the film is so much fun is because the actors who play the Lito’s cellmates are splendid.

Those characters could have all registered as negligible comic relief to the more pressing drama of Lito’s plight. However, Joel Torre, JC Santos, Soliman Cruz, Mon Confiado, and Jojit Lorenzo gift the characters with distinct personalities that make frivolity as indelible as the melancholy. Believe it or not, Naval’s Miracle in Cell No. 7 is an improvement over the original.

The localization makes not just its charms but also its tragedy more profound. The film is far from original but it has its place. – Rappler.com