‘The Kingmaker,’ a documentary about Imelda Marcos, to premiere at CCP in January 2020 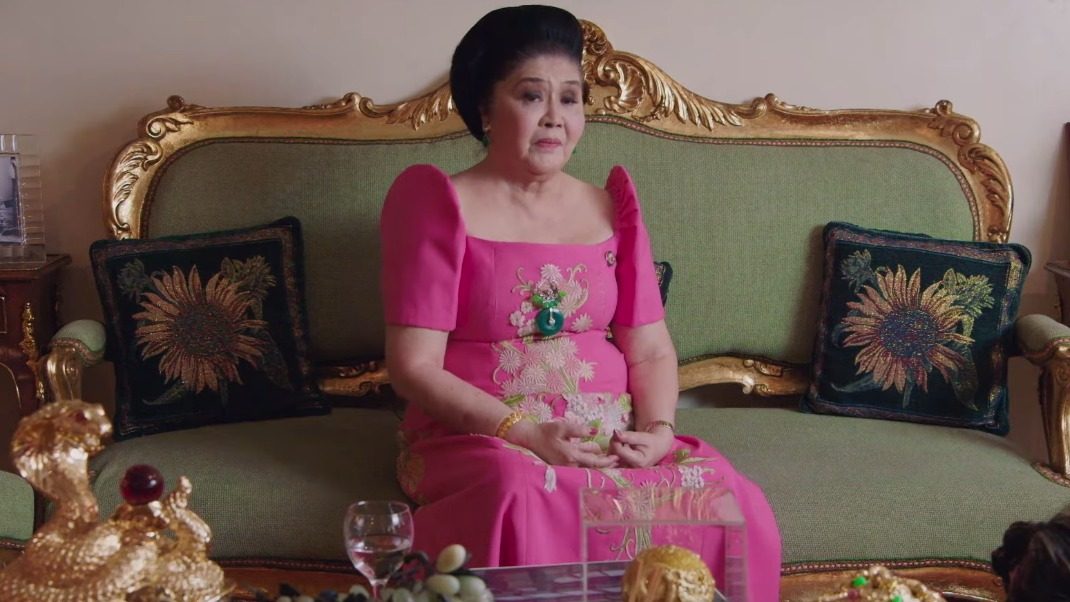 MANILA, Philippines – The Kingmaker, a documentary centered on former First Lady Imelda Marcos, will premiere in the Philippines on January 29, 2020 at the Tanghalang Aurelio Tolentino of the Cultural Center of the Philippines (CCP), Pasay City.

The feature will be screened at 3 pm and 7:30 pm. Tickets can be purchased at the CCP Box Office or via TicketWorld.

According to an ABS-CBN News report, CCP vice president and artistic director Chris Millado said the premiere of Kingsmaker at CCP is a way to provide a “platform for artistic expressions and rational conversations.”

“We are presenting a documentary tackling an issue that we are concerned about, as a Filipino people,” Millado said in a statement.

He also acknowledged the CPP was founded by Imelda during the Marcos years, making her the main patron.

According to Millado, the CCP has moved on to become a “People’s Art Center,” despite the center’s relations with the Marcos family.

The Philippine premiere of The Kingmaker at the CCP comes two weeks after it hosted a dinner for their founding chair, Imelda Marcos

The Kingsmaker is directed by Emmy-winning filmmaker and photographer Lauren Greenfield. The film tackles in-depth the legacy left behind by the Marcos regime, and how the dynasty continues to assert its power in today’s government. (READ: ‘The Kingmaker:’ A poignant reminder of the fragility of democracy)