Facebook Twitter Copy URL
Copied
It’s not a masterpiece, but it’s far from being just a distraction or worse, a complete waste of time

The most hilarious thing in Nick Bruno and Troy Quane’s Spies in Disguise is in the trailer.

Suave and successful spy Lance (Will Smith) gets turned into a pigeon by absent-minded but brilliant boy scientist Walter (Tom Holland). It’s quite an absurd and novel comedic spectacle that everything else just feels second-rate and standard. The sad thing here is that the gag are no longer a surprise. They are used as a come-on to get kids interested enough in a cartoonic James Bond-esque adventure fueled not by manly thrills and tension but by cuteness and color.

That the humor’s no longer a surprise, however, shouldn’t stop parents from having their kids sift through the regurgitated jokes to uncover a pacifist core that in this age of unadulterated violence. is quite special.

Spies in Disguise, while obviously catering to a market of toddlers who’d easily be amused with a bunch of baddies turning soft with the sight of adorable kittens, is bolstered by a statement that is much-needed in a world that is festering in division. Sure, there are moments of violence such as when the main characters fall from a high rise or bumping their heads and bodies on walls and ceilings, but those slapstick antics are meant for chuckles, and not to instill a dangerous message that pain and brutality are alright.

The film’s still defiantly a cartoon that endeavors to tickle less sophisticated taste buds. It is its underlying heart that differentiates it from its immature ilk. It certainly helps that Smith and Holland have irresistible rapport.

Their banter, which comprises majority of the film’s dialogue, is amusing. Holland’s geekiness provides ample heart and soul to Smith’s trademark coolness. The arguments are never distracting, as they make most of the reliable tropes that have made the odd couple genre a hit.

There is nothing truly special about the film’s look.

It is standard Blue Sky fare – unsurprisingly glossy, vibrant and at times, boring. There are times that the cartoon wows with colors, such as in the opening where a fight scene set in Japan blossoms into a dazzlingly hued tableau that seems ripped off from Quentin Tarantino’s Kill Bill series. However, the rest of the film is really nothing to get excited about. 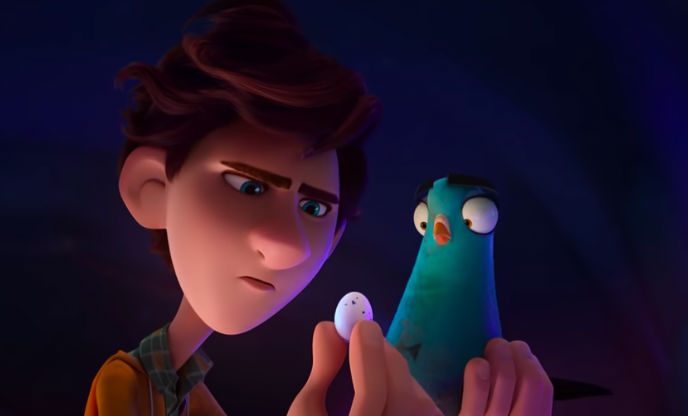 Spies in Disguise is amiable entertainment that rightfully teaches the virtues of amiability.

It’s not a masterpiece, but it’s far from being just a distraction or worse, a complete waste of time. – Rappler.com