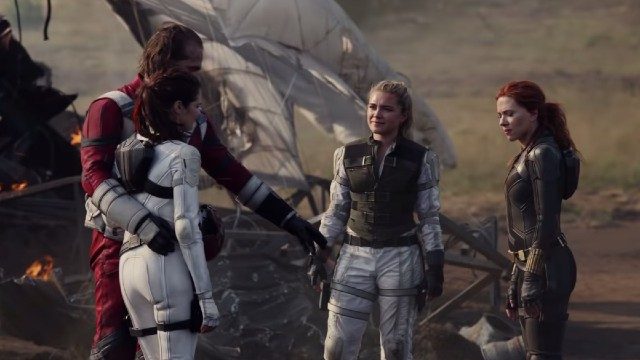 MANILA, Philippines – The hype for Marvel Studios’ upcoming spy thriller Black Widow continues to build ever so steadily with the release of a new spot during the Superbowl on Monday, February 3 (late Sunday, February 2, in the US). Disney also released character posters for the upcoming movie.

The new plug – all 30 seconds of it – features Natasha Romanoff (Scarlett Johansson) telling viewers that the Avengers weren’t, in fact, her first family.

“At some point, we all have to choose between what the world wants you to be and who you are,” she says, as clips from the action-packed movie flash onscreen. Black Widow is Marvel’s first movie for 2020 and is the first in Phase 4 of the multi-title franchise. It’s the long-awaited solo spin-off for the character, who is among the original Avengers.

In it, Natasha “confronts the darker parts of her ledger when a dangerous conspiracy with ties to her past arises.” The film also stars Florence Pugh as Yelena, David Harbour as Alexei/The Red Guardian, and Rachel Weisz as Melina.

It’s directed by Cate Shortland and produced by Kevin Feige.