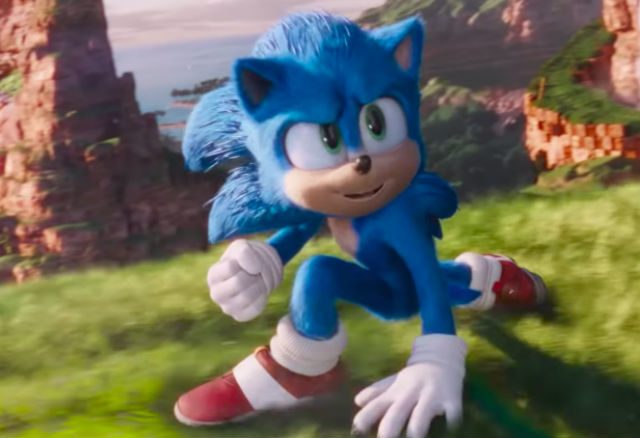 Jeff Fowler’s Sonic the Hedgehog is harmless fun for kids.

For most adults, it can be grating and taxing, depending on one’s tolerance for ceaseless juvenilia.

Quite a talkative fellow

See, the titular character here is quite a talkative fellow.

It would’ve been fine had screenwriters Patrick Casey and Josh Miller written dialogue that didn’t feel like middle-aged fogey desperately trying to be a millennial with clichéd wisecracks. As a result, most of the movie is noise and blabber. Simply put, Sonic the Hedgehog gets annoying quicker than it gets interesting.

The plot is standard kid’s fare.

Sonic (Ben Schwartz) has made a small town in Montana his home ever since he narrowly escaped being captured in his home world. Living anonymously among its townspeople and getting mightily attached to Tom Wochowski, his little town’s bored main cop (James Marsden) who he imagines to be his best friend, he suddenly realizes that he is lonely, forcing him to run around in a rampage, releasing a blast of energy that caused a massive power outage.

The government sends Dr. Robotnik (Jim Carrey) to chase after Sonic, forcing the blue hedgehog to reveal himself, team up with Tom, and drive to San Francisco to retrieve some magical rings that would allow him to escape Earth to another planet.

There are no surprises here.

Sonic the Hedgehog is as basic as kid’s fare can get. Carey is perhaps its most outrageous element, and even Carey here is frustratingly subdued, with his jokes and antics seemingly clipped for the sake of drab amiability. It is colorful. It is glossy. When it gets rowdy, it resembles an awkward cartoon clip. Sure, the movie has funny moments but they never last long enough to distract from its many irritating moments.

The movie needs to be more kinetic, but it insists on unnecessary stops to throw a lousy punchline or to project an insincere piece of sentimentality.

It only picks up near the end, but by that time, the movie would have lost any hint of novelty with its assembly of rehashed action scenes and gimmicks that have been done before with more wit and originality. Better off as a videogame

This movie does not need to exist.

The property is better off as a videogame where if the character gets too bothersome with its antics, one can simply put a stop with the push of a button. – Rappler.com