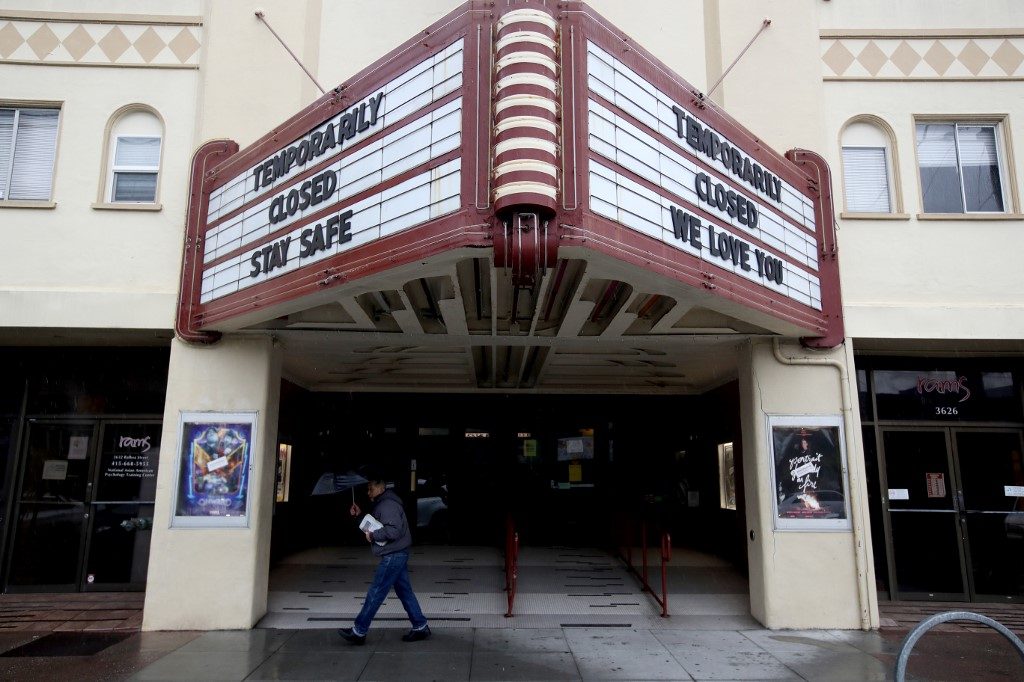 LOS ANGELES, USA – Under the shadow of the coronavirus outbreak, the North American box office had its lowest weekend ticket sales in two decades as viewers stayed home and some theaters limited their capacities to ensure patrons could sit near empty seats, industry watchers said.

Overall, the box office appeared to be at a 20-year low of around $55 million, a figure even lower than the first two weekends after the 9/11 attacks in 2001, according to the Hollywood Reporter website.

It quoted one executive as estimating that 100 of North America’s 5,000 theaters had closed completely, with others likely to follow.

In second spot for the weekend was new Lionsgate film I Still Believe, at $9.5 million. The cast of the Christian romantic drama includes country singer Shania Twain.

Universal’s thriller The Invisible Man placed fourth, at $6 million. It stars Elisabeth Moss as the former girlfriend of a man who returns to haunt her after supposedly committing suicide.

And in fifth spot was another new film, Universal’s thriller The Hunt, at $5.3 million. Hilary Swank and Betty Gilpin are among the stars in a tale of a dozen strangers who find themselves being pursued, as a sport, by a group of wealthy hunters.