From war, drama, horror, and adventure: The memorable movies of Peque Gallaga 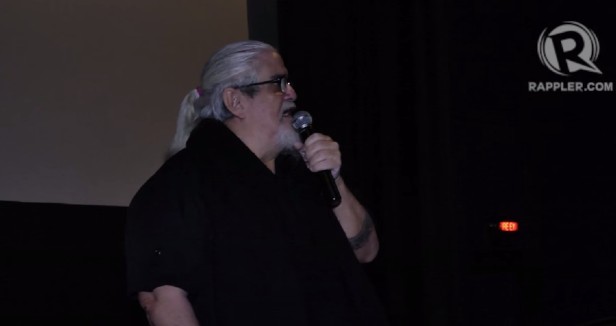 His wife Madie Gallaga told ABS-CBN News that the 76-year-old director will be cremated.

But he went on to direct several movies himself, many of which are now considered classics in Philippine cinema.

Here’s a look back at Gallaga’s work:

Oro, Plata, Mata (1982). The movie made Gallaga a household name and is considered by many to be his biggest contribution to Philippine Cinema. The films follows the lives of two rich Negrense families during World War II.

Shake Rattle and Roll 1 (1984). Gallaga directed the episode entitled Manananggal, which starred Herbert Bautista as a teenager who pursues a girl named Anita (Irma Alegre). He later discovers that she is a manananggal.

Virgin Forest (1985). The movie starred Sarsi Emmanuelle as a barrio lass caught in a love triangle during war.

Hiwaga sa Balete Drive (1988). The horror movie, which he co-directed with Lore Reyes, unfolds in two parts – first, through a couple who encounters a female ghost in the legendary Balete Drive and later, through a young boy who sees crime through his “third eye.”

Darna, Ang Pagbabalik (1994). The movie was Gallaga and Reyes’ take on the Mars Ravelo classic, starring Anjanette Abayari. In this version, Darna’s arch-enemy tries to take over the world through subliminal messages aired over religious programs. She also loses her magical abilities and must find it before more trouble comes.

Batang X (1995). Released in 1995, the movie follows 5 kids with superhuman abilities. Both Gallaga and Reyes directed the movie.

Magic Temple (1996). The 1996 movie won in all the categories with was nominated in, including Best Picture, during the 1996 Metro Manila Film Festival. In it, the world of Samadhi is in trouble because of evil forces called Ravenal. Sigu (Jun Urbano) seeks the help of 3 boys – Jubal, Sambag and Omar — who are sent to the magic temple to embark on an adventure.

Magic Kingdom (1997). The movie launched Anne Curtis’ career and is arguably a favorite among Filipinos who grew up in the 90s. In the film, 3 boys trained by Amain (Jun Urbano), are tasked to protect Princess Dahlia (Anne), heir to the kingdom of Damortis. Dahlia is trying to flee her uncle Basilicus (Mark Gil), who plotted to kill her mother.

Gail Montero and husband Cal, who is paralyzed and in therapy, visit their hacienda in Negros. Gail finds herself drawn to Satur (Gardo Versoza) and the two start an affair.

Sonata (2013). Gallaga and Reyes directed the movie, with Cherie Gil as the lead star. Gil was also part of Oro, Plata, Mata.

In the movie, Gil plays former opera singer Regina, who meets a young boy Jonjon. The two strike a friendship.