‘The scariest’: What people are saying about ‘Aswang’ 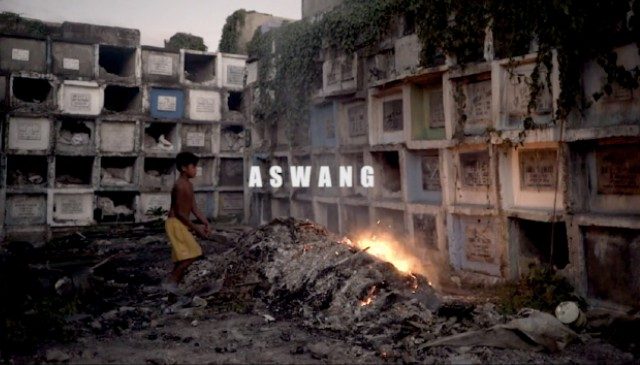 Some described the documentary as “the scariest movie” they watched. Others said it was disturbing.

The scariest horror movie is the one where it shows reality.#AswangMovie pic.twitter.com/HpkFRaHIJs

was so disturbed with the events that were shown in #AswangMovie that i nearly forgot that those were all real life happenings. pic.twitter.com/E1FuBcBoVO

You all better watch the documentary film 'Aswang'. It is not about the word's exact meaning. It tells how several Filipinos, especially the poor, experienced and are currently experiencing this kind of inhuman treatment.

This will break your hearts. It is very heavy.

A handful were also quick to point out the most horrifying part of the film – that it was not a work of fiction but a record of what happened during President Rodrigo Duterte’s so-called “war on drugs.”

The most horrifying part of this film is that all of the scenes, emotions, and events were based on truth and were taken in real-time. No costumes, no actors, no script, and no props. This film is not a reflection of reality; it is the reality. #AswangMovie pic.twitter.com/BV1uXpE1A3

#AswangMovie shows a compelling and necessary documentary that highlights the desperate inequality and state-operated oppression of the region.

Let this film be an eye opener for all of us.

"…choose to pay, 100% sales will go to individuals in the film & 2 NGO's that support EJK victims.
*Visit https://t.co/hsZrSaXChX
*Click <RENT 0.99>
*Login w/ FB, Vimeo, or email
*You can click on <APPLY PROMO CODE> to watch for free (first 5K viewers only)
*Promo code:ASWANG2

Nowadays, money is the basis for justice. This can't be reformed, this can only be abolished. #AswangMovie #HuwagMatakot pic.twitter.com/H4MkDhQ5dK

#aswangmovie paints a chilling picture of the nightmares brought on by a fascist regime that handicaps, abuses, and silences the poor into becoming mere statistics. Unfiltered, unflinching, and unsettling. It makes you fear for what semblance of safety we have left. pic.twitter.com/D0XSkDoW0Q

Aswang documents the first two years of President Rodrigo Duterte’s bloody campaign against illegal drugs. The “war,” spearheaded by Philippine police, has been criticized for targetting poor communities and tens of thousands of deaths – both in the hands of police and so-called vigilantes.

Duterte, a former Davao City mayor, promised to get rid of drugs in “3-6 months.” He has been in power since 2016, yet the “war on drugs” continues.

Aswang was scheduled to be part of the 6-day Daang Dokyu Festival in March 2020, which was postponed due to the coronavirus pandemic. The documentary bagged the the international critics’ FIPRESCI Award during the International Documentary Film Festival in 2019 in Amsterdam.

The documentary is available to stream on Vimeo until Sunday, July 12 (Philippine time). – Rappler.com