Apr 8, 2014 10:19 AM PHT
Facebook Twitter Copy URL
Copied
The latest offering from Marvel shoots up to the top of the box office following an announcement that its sequel will come in 2016 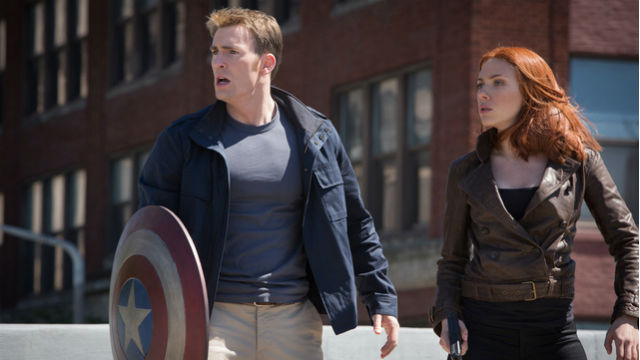 And buoyed by the news, Marvel filmmakers announced they will release the Captain’s sequel on the same 2016 date as rival Warners’ Superman/Batman mash-up hits multiplexes.

The scheduling sets up a superhero clash of the titans in the hugely lucrative comic book franchise field, which has already produced the biggest ever box office debut, in 2012’s “The Avengers.”

The 3-D, $170-million sequel to “Captain America: The First Avenger,” which is also the biggest debut so far this year, has made $303.3 million globally, it said.

“Captain America’s massive bow is a sure indicator Marvel Studios is purring like the well-oiled machine it is,” said Jeff Bock, box office analyst at trackers Exhibitor Relations.

Marvel is so confident, he said, that it announced that Captain America 3 will go head-to-head with Warners’ and DC Comics’ also so-far untitled Batman v Superman film on May 6, 2016.

“Marvel v DC: the ultimate match-up,” he said, calling it “a date where universes collide.”

The rival Warner Bros project meanwhile started life as a sequel to last year’s “Man of Steel,” a reboot of the Superman franchise directed by Zack Snyder with Briton Henry Cavill in the title role.

But it is now set to bring in the caped crusader in a superhero mash-up, a formula which has had repeated success in recent years.

Realistically it is difficult to see how two such enormous tent-pole films, as they are called in the industry, will be released on the same day, potentially slashing audiences for each of movie by half.

But clearly both studios want to flex their muscles.

“There’s no telling whether or not either film will budge. Someone probably will. Until then, sit back and enjoy the show!” said Bock.

Before then, comic book movie fans can look forward to next year’s “Avengers: Age of Ultron,” a sequel to the 2012’s “The Avengers,” which scored the biggest US debut of all time with $207.4 million.

This weekend, meanwhile, biblical epic “Noah” sank to second place in its second weekend, with $17 million in ticket sales, after topping the box office on its debut a week previously.

In third place, with $13 million, was teen adventure “Divergent,” the dystopian tale of a young woman in a futuristic society, based on the popular young adult novel of the same name.

Religiously themed “God’s Not Dead,” which tells the story of a college freshman who debates his atheist philosophy professor, climbed one spot to fourth place with $7.7 million.

In fifth was “Muppets Most Wanted,” Kermit and company’s latest outing, which raked in $6.15 million.

It was closely trailed by Wes Anderson’s quirky “The Grand Budapest Hotel,” which earned $6.12 million for sixth place.

The musical comedy caper was ahead of “Mr Peabody and Sherman,” based on characters from the 1960s television cartoon “Rocky and Bullwinkle,” which earned $5.1 million.

Action flick “Sabotage,” starring Arnold Schwarzenegger and Sam Worthington was in eighth spot with a whisker under $2 million.

Car-chase action movie “Need for Speed” moved down one spot on the box office grid, in ninth place with $1.8 million.

Rounding out the top 10 was “Non-Stop,” the Liam Neeson action movie set on a long-haul flight, which added another $1.79 million to its earnings. – Rappler.com