WATCH: ‘The Fault In Our Stars’ new extended trailer Facebook Twitter Copy URL
Copied
A better look at the upcoming movie based on the best-selling book by John Green. The film opens June 5 in the Philippines

MANILA, Philippines – Attention, John Green fans: we’ve got the extended trailer of the upcoming The Fault In Our Stars movie right here for you, and it’s packed with shots of many of the moments fans of the book may have only imagined – until now.

John Green’s The Fault In Our Stars is about two teens, Hazel (Shailene Woodley) and Gus (Ansel Elgort) who meet in a support group for cancer patients, become friends, and fall for each other – all while facing the very real possibility of having limited time together due to their health issues. (WATCH: ‘The Fault In Our Stars’ first official trailer) 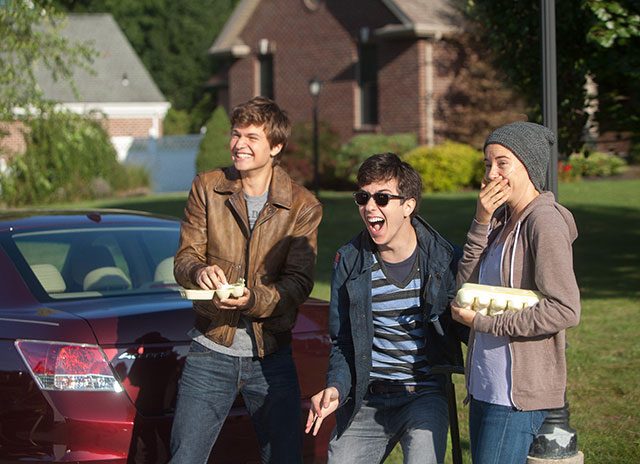 The book was inspired by John Green’s time as a student chaplain in a children’s hospital. According to a press release courtesy of 20th Century Fox, he said: “I wanted to write a story about young people who were like many of those I had met in the hospital – who were funny, full of life and great fun to be around. “I also knew that I wanted The Fault in Our Stars to be a love story, but it wasn’t clear to me for a long time what kind of love story it would be,” he said.“Finally after many years of looking for my characters, I found Hazel and Gus.  They have very different ideas about what constitutes a well-lived life, as well as constrasting world views, but they are brought together by their love for each other and for a book.”

It’s worth noting that Shailene and Ansel have actually worked together before, playing siblings on Divergent, and Ansel has great things to say about his co-star.  (READ: 6 cool ‘Divergent’ facts)

“Shailene is one of the great actors of our generation, in our young age group,” he told AFP, in an article released March 2014. “For them to put me with her twice in a row is a huge compliment.

“It’s saying that I might be of the same caliber, and that’s just awesome.”

The Fault In Our Stars hits theaters June 5. – with reports from Agence France-Presse/Rappler.com