‘The Fault in Our Stars’: Filipino fans get early treat

May 13, 2014 5:43 PM PHT
Facebook Twitter Copy URL
Copied
Barely a month into the release of the movie, a special screening is held for die-hard fans of the book 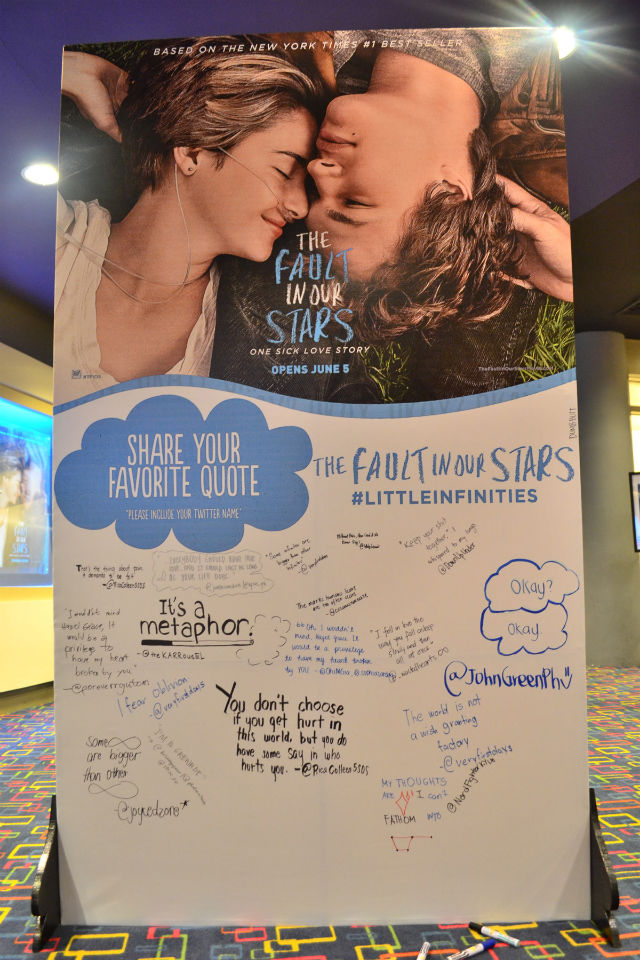 MANILA, Philippines – Fans of the John Green bestseller The Fault in Our Stars (TFIOS) were given a special treat when the Philippines was chosen as one of the 12 countries to host a special advance screening of the movie.

On Monday, May 12, fans trooped to the Greenbelt Cinemas in Makati to see star-crossed lovers Gus and Hazel come to life on the big screen, as portrayed by Ansel Elgort and Shailene Woodley. (WATCH: ‘The Fault In Our Stars’ new extended trailer)

Film company 20th Century Fox held an online promo from April 17 to 25 to choose the fans who eventually got the chance last Monday to see the movie before its release. The Philippines alone got more than 4,000 entries and 60 fans were granted 2 tickets each.

Ed Sheeran, who sang the movie’s theme song All of the Stars, author John Green, and actors Ansel Elgort and Shailene Woodley appeared on screen, thanking Filipino fans of the book and congratulating them for being able to see the movie ahead of the rest. 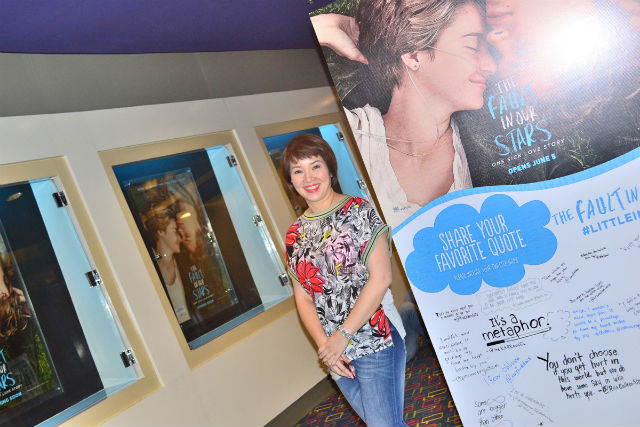 Aware of his huge fan base here, Green also thanked the Filipino Nerdfighters – the fans of the YouTube channel he runs with his brother Hank called Vlogbrothers.

TFIOS revolves around the story of Gus and Hazel – two teenagers who meet in a cancer support group and fall in love.

Gus is on remission from osteosarcoma and has lost one leg to the disease while Hazel has thyroid cancer that has spread to her lungs.

But despite the disease, the two find themselves happy in what they call “little infinities.”

The fans squealed at the sight of Green, Sheeran, and the actors giving their messages prior to the movie. A collective sigh plus suppressed giggles follow the scene where Gus first meets Hazel.

As the narrative shows the sad scenes, the theater becomes suddenly silent one could hear a pin drop. Then everyone is either teary eyed or crying.

The movie was beautifully made that even fans who prefer the book version will fall in love with the characters on screen. Was it depressing? Very much so. But to the fans, Gus and Hazel on the big screen was an early Christmas present.

Nikki Despi and Honey Gail Canlas, who were there for the screening, said it was practically impossible not to cry and that they are happy that the movie stayed true to the book. “It was so beautiful how they brought the characters to life,” Nikki said. 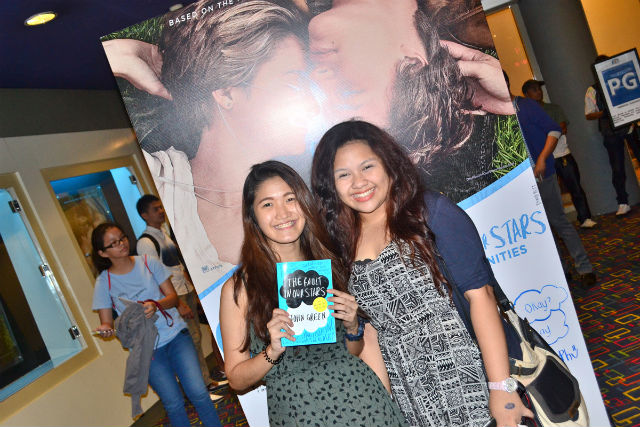 While some critics may say that the book “romanticized cancer,” Nikki and Honey disagree. “It’s about the side effects of cancer and of dying, actually. They weren’t romanticizing the sickness. They were showing a love that wasn’t dependent on each other, they were trying to keep each other alive.”

Karrel Sinfuego and Rica Buslon are also die-hard fans of the book. They said that TFIOS, along with other John Green titles, gave them a different outlook in life. “It shapes your life. It makes you think of life differently,” Karrel said.

They have great admiration for Hazel’s character who, though she knew she was dying, made a difference. “Life is not perfect and it never will. Hazel cherished the little things like Gus coming into her life. And it made what’s left of her life worth living,” Rica added. 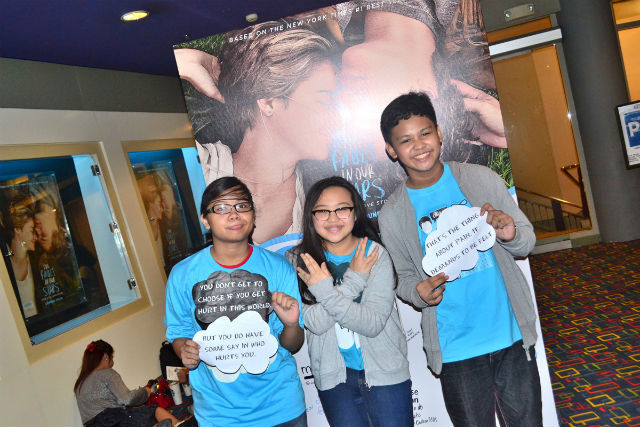 ‘The Fault in Our Stars’ opens in cinemas on June 5.