Mark Gil films to be shown again in 2-day event 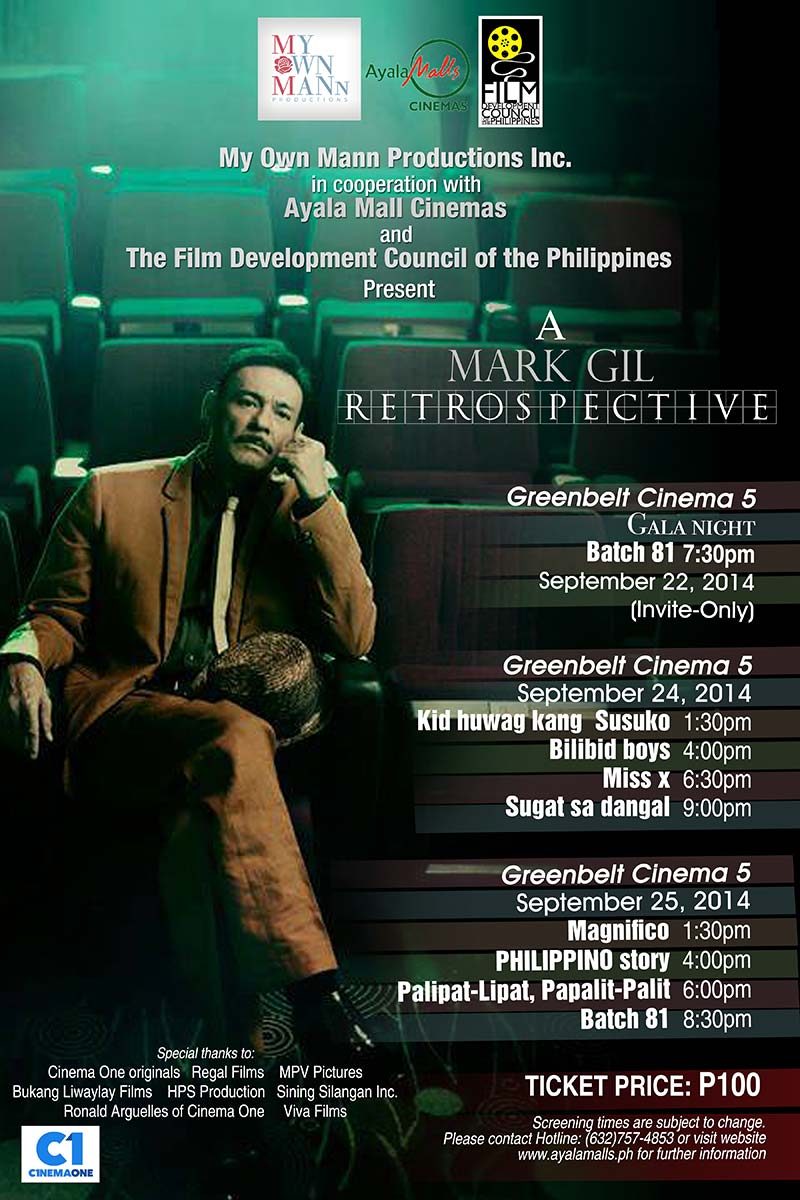 MANILA, Philippines – My Own Mann Productions Inc., together with Ayala Cinemas and the Film Development Council of the Philippines, have announced that they will be holding a series of film showings featuring the late actor Mark Gil and his work.

Entitled A Mark Gil Retrospective, the film festival will start with a gala night showing of the movie Batch 81 on September 22 at 7:30 pm. The movie event is by invitation only.

Other movies such as Kid Huwag Kang Susuko, Miss X, Magnifico,and Phiippino Story are just some of the films that will be shown at Greenbelt Cinema 5 on September 24 and 25. (READ: Mark Gil and his many roles, from neophyte to benefactor)

Born Raphael John Eigenmann, the actor died on September 1, after being diagnosed with liver cancer two years ago.  He would have been 53 on September 25.

Well known for his role as Sid Lucero in the movie Batch 81, Gil was last seen on TV in The Legal Wife starring Angel Locsin and Maja Salvador. (READ: Mark Gil: A pro until the end)  – Rappler.com