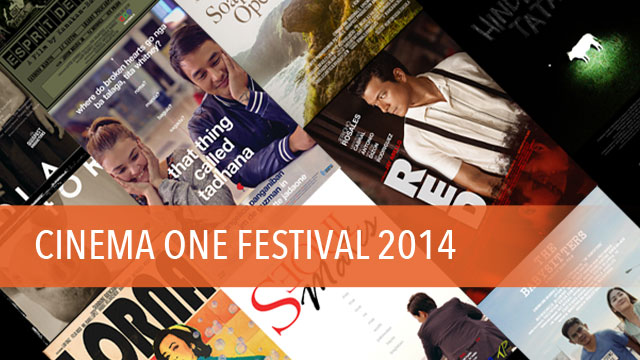 It’s been 10 years since the Cinema One Originals Film Festival launched back in 2004, and has since grown into one of the most prestigious film festivals in the country. This year, the festival expands to more theaters across Metro Manila, showcasing 10 films from some of the most talented filmmakers in the Philippines.

The Cinema One Originals Film Festival launches on Sunday, November 9 and opens its doors to the public from November 10 to 19. You can catch the films in Glorietta 4, Trinoma, Fairview Terraces and Greenhills. Here’s a rundown of this year’s entries and why they deserve your attention: 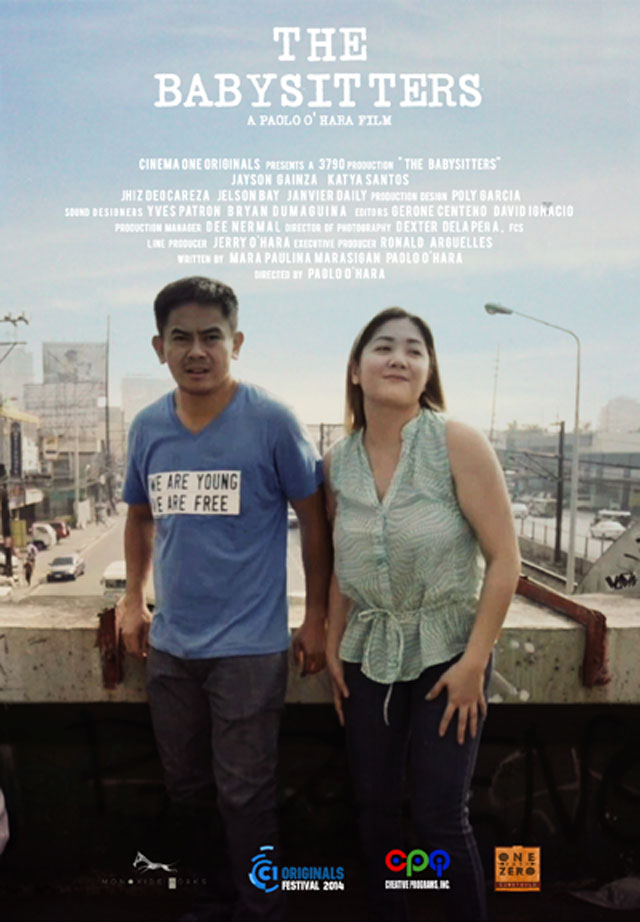 Synopsis: WhenhustlersRod and Lucybecome the unlikely parents of a kidnapped child, they pose as a nun and priest to cover their tracks from the local crime syndicate. The Babysitters is a comedy of errors that shows how even the best of crimes can’t hold back a strong family.

Why you should watch: After making festival rounds as a short film director, writer-director Paolo O’ Hara makes his leap into feature filmmaking with The Babysitters. Despite this being his feature length debut, O’ Hara’s ability to find comedy in tragedy makes this family-centric comedy a possible crowd pleaser.

Synopsis:  When three groups of strangers find themselves lost in the winding road connecting Quezon and Bicol, they are forced to confront their personal demons as they spiral deeper into their own neuroses.

Why you should watch:  As a Psychology graduate from UST, Figuracion’s background provides a strong foundation for what appears to be an intriguing supernatural exploration of character.

Synopsis: It’s hell week at an all-boys military school. Private Abel Sarmiento and Private Cain Fujioka are competing for Major Mac Favila’s position. But when the two cadets are asked to go above and beyond the call of duty, they discover that corruption and seduction run deep in one of the country’s most respected institutions.

Why you should watch: Writer-director Kanakan-Balintagos, more widely known as acclaimed filmmaker Auraeus Solito, turns his own one-act play into a feature length film set during the Marcos Era. Despite the script’s stage roots, Solito’s knack for strong characterization and brazen visuals makes Esprit de Corps ripe for cinematic adaptation.

Synopsis: Twenty years after a mysterious U.F.O sighting in Zamabales, a group of friends try to retrace the phenomenon. But on their way there, they encounter someone who challenges their already tenuous bond as friends.

Why you should watch: Science fiction isn’t a common genre in local film festivals let alone Philippine cinema. But writer-director Malay Javier takes the opportunity to use an out-of-this-world premise to explore interpersonal relationships. His background as a cinematographer could allow for otherworldly visuals despite the familiar local setting.

Synopsis: Lornais a 60-year-old womanwhodecides to take a second chance at finding “the one.” But along the way she discovers that love doesn’t get easier with age. Lorna is a story about growing old, moving on and falling in love.

Why you should watch: After last year’s fantastic Huling Cha-Cha ni Anita, writer-director Sigrid Andrea Bernardo has proven that unconventional love stories are right up her alley. And though Lorna may appear more traditional than her debut feature, Bernardo’s stellar cast has all the potential of wringing out sincerity from familiarity.

Synopsis: After a drug bust goes terribly wrong,a local fixer named Red becomes the fall guy for 8 million pesos worth of missing drugs. But when a corrupt system threatens to bury Red, he realizes that the one problem he can’t fix is his own.

Why you should watch: Director Jay Abello’s return to feature filmmaking has been long overdue. But after years of concentrating on his work as a cinematographer, Abello returns to the director’s chair with a story that he admits is his most personal project to date. Although Red has been casually described as an action indie film, based on the film’s trailer, Abello is going far something much richer than simply drugs busts and bullets.

Synopsis: When Alice, a transgender woman, flies to Korea to surprise her boyfriend, she catches him with another woman. Heartbroken, Alice decides to take her own life. But when she crosses paths with a young Korean musician named Joon, they strike a deal to hopefully win back their respective loves and put their lives back on track.

Why you should watch: Seoul Mates has all the potential to cross both culture and gender. It boasts a familiar Koreonovela setup, but with Mimi Juareza as the film’s unconventional leading lady, Seoul Mates might just break free from formula. 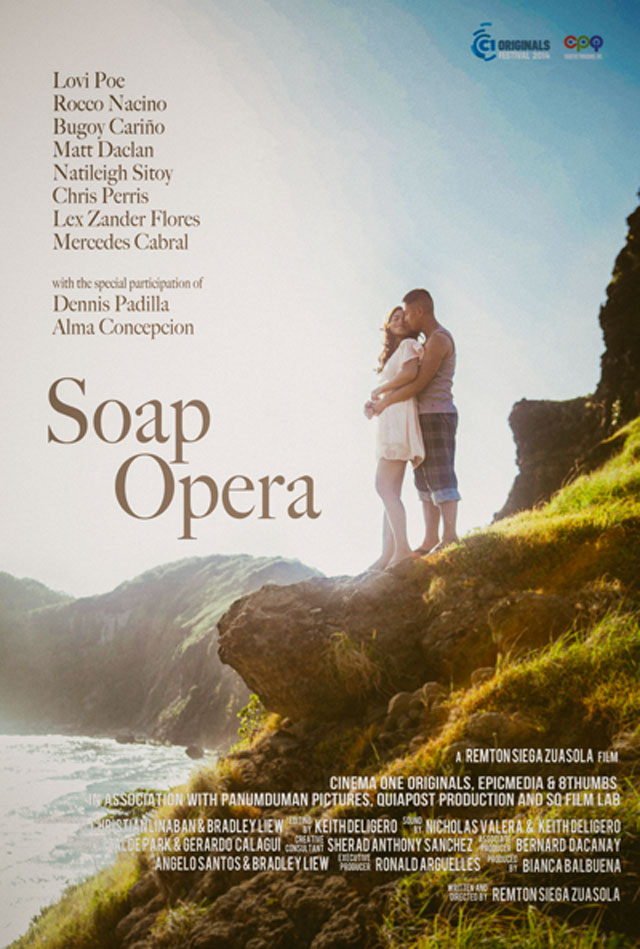 Synopsis: Noel and Liza take in a rich foreigner to help support their sickly child. But when they begin playing a game of make believe and deceit, a local soap opera begins to mirror the secrets they’ve been hiding all along.

Why you should watch: Remton Siega Zuasola may be one of the most exciting filmmaking talents to emerge from Cebu. And despite his big name cast, it’s Zuasola’s penchant for breaking convention that gives Soap Opera the potential to turn our love for local teleseryes on its head.

Synopsis: When two heartbroken souls cross paths, they form a charming friendship that takes them to Sagada in hopes of mending each other’s hearts. That Thing Called Tadhana posesthe question, “Where do broken hearts go?” in a romantic comedy about love and fate.

Why you should watch: After striking comedy gold with Angelica Panganiban in the recent Beauty in a Bottle, writer-director Antoinette Jadoane returns to her independent film roots with That Thing Called Tadhana. But it is Jadaone’s endearing ability to mix mainstream appeal with indie sensibilities that could make her film of the most accessible entries of the festival.

Synopsis: Manila is caught in the worst typhoon in its history, and the world feels like it’s coming to an end. And when 5 men find themselves stranded inside a local police station, a mysterious prisoner is brought in, and the men discover that he may or may not be the devil.

Why you should watch: Writer-director Eduardo Dayao hasn’t shied away from describing his feature film debutas an apocalyptic horror film. Violator may be Dayao’s feature length debut, but his reputation as a renowned film critic and festival programmer has given him the background to elevate Violator beyond its simple but intriguing premise.

See the schedule below, as well as a gallery of movie posters:

What will you be catching? Let us know in the comments below. – Rappler.com