Love is a difficult language to understand. At least, that’s how it is for Tere Madlansacay. Tere may make a living as a smart Filipino-English tutor, but she’s a pretty slow learner when it comes to love. (READ: MMFF 2014: The full movie lineup) 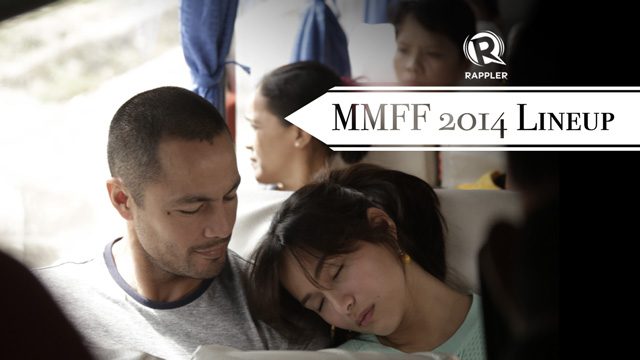 It’s all par for the course for a majority of Filipino romantic-comedies, but to be completely fair, it’s also the banner standard for a lot of real world love-struck individuals.

English Only, Please is a romantic comedy about words, and makes innovative use of what people say and don’t say when in love.

When Filipino-American Julian Parker (Derek Ramsay) comes home to settle a score with an ex-girlfriend, he hires Filipino-English tutor Tere (Jennylyn Mercado) to help translate an English “love letter” into what can only be described as Tagalog “hate mail.” But despite their dissimilar backgrounds, Julian and Tere have a lot more in common than they initially let on. To make a long story short: pareho silang tanga sa pag-ibig. (They’re not so smart when it comes to love.)

English Only, Please is just as much about understanding as it is about misunderstanding, especially with regard to matters of the heart.

While the film boasts a number of innovative ideas, it’s still weighed down by an obedient adherence to mainstream formula.

English Only, Please leverages a majority of its ideas on mainstream tropes: a bubbly but hardworking leading lady is matched up with a dashing, but hard-hearted leading man. It’s the familiar rhythm of meet, fight, flirt and fall in love.

Unfortunately English Only, Please never quite hits the kilig-per-minute pace of other mainstream romantic comedies.  The film takes its time bringing Derek Ramsay and Jennylyn Mercado together, and when it finally does, there’s too little time to watch their relationship develop. On the other hand, the film strays from convention by using the Filipino language as more than just a means of dialogue. Colloquial Filipino worlds like “motmot” and “beh” are loosely defined through text graphics as a clever way of adding humor to the film’s straightforward romcom approach.

But the film’s real surprise is Derek Ramsay. After building a career in film breaking the hearts of his countless on-screen leading ladies, it’s especially refreshing to see him on the short end of the romantic stick. (See Derek and Jennylyn on their MMFF Parade float here.) Ramsay plays his role close to chest, avoiding the typical histrionics of a heartbroken lover. But the warmth of the film naturally emanates from Jennylyn Mercado, whose charming portrayal of the hardworking Tere acts as a sharp contrast to Ramsay’s understandably reserved Julian.

While their chemistry doesn’t quite live up to other better-established love teams in the industry, the unconventional pairing between Mercado and Ramsay at least works for the premise of English Only, Please.

As the sole romantic-comedy entry in this year’s Metro Manila Film Festival, English Only, Please is an entertaining alternative to the rest of the festival’s more family oriented and genre-driven fanfare.

It’s a perfectly satisfactory post-Christmas date film with just the right amount of cleverness to differentiate itself from the cookie-cutter Filipino romcoms. It isn’t weighed down by exhausting dramatic sequences, while keeping tears to a bare minimum. But while English Only, Please makes a clear effort to merge mainstream formula with some alternative storytelling ideas, it never quite excels at either. The effort to be both familiar and fresh is commendable, but the film’s commit itself to one keeps it from being any more than it actually is: a safe but satisfying romantic comedy.

Regardless, English Only, Please is a consistently light and casually entertaining piece of counter-programming. In a festival determined to wow movie audiences with sequels and spectacle, English Only, Please opts for something more traditional. Unfortunately, whatever opportunity the film had to push past convention might as well have been lost in translation.  – Rappler.com