What critics are saying about ‘Pitch Perfect 2’ 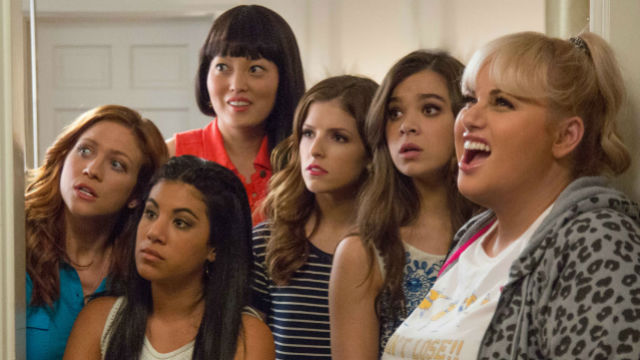 MANILA, Philippines – Pitches, are you ready? The first reviews for Pitch Perfect 2 are in. The sequel to 2012’s Pitch Perfect brings back the original cast members, including Anna Kendrick, Brittany Snow, Anna Camp, Rebel Wilson, Ester Dean, Alexis Knapp, and Hana Mae Lee. This time, our favorite Bellas face off against more intense competition on the world stage.

This film also introduces us to new Bellas like Emily Junk, played by Hailee Steinfeld, and a whole bunch of awesome a cappella groups make cameos in the film too, including superstars Pentatonix and Fil-Am group The Filharmonic.

In the movie, the Barden Bellas enter an international a cappella contest to redeem themselves, after Fat Amy’s wardrobe malfunction during a performance gets the ladies suspended. But here’s the catch: no American team has ever won.

How will they fare? We’ll find out soon, but for now, let’s take a look at what the critics have to say:

Leslie Felperin of The Hollywood Reporter praised the movie, calling it an “a-ca-awesome” sequel. While she said that the new introduction of characters affected some storylines and the significance of the A-list guest stars (“[They] have to scramble hard to keep all the component parts in harmony”), it was a strong effort overall.

“With nimble assists from all below-the-line departments, [director Elizabeth] Banks, [writer Kay] Cannon and the cast have crafted a sequel that’s edgier, sexier and, best of all, more female-centric than its predecessor. The film should also help put an end to that stupid old debate about whether women can be as funny as men. With a good wind behind them like they have here, they’re funnier – get over it, bitches,” she wrote.

Guy Lodge of Variety noted the chemistry between Anna Kendrick and newcomer Hailee Steinfeld, who plays the role of a new entry bella with a knack for songwriting, and noted that Hailee might soon be taking the reins of future sequels. 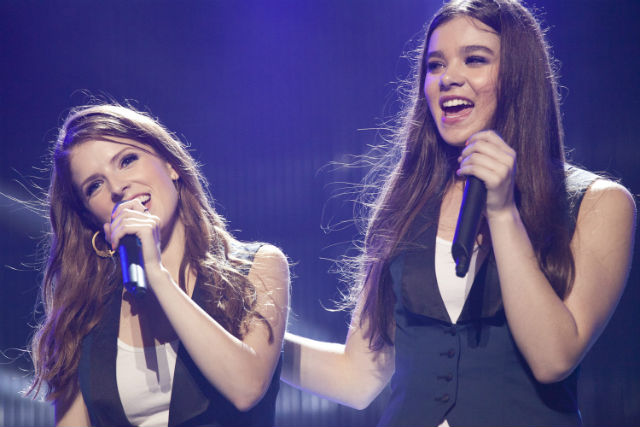 “The creative twinning of Steinfeld’s character with Kendrick’s — she is the songwriter to the latter’s musical director — makes it clear from the outset that the “True Grit” star is being groomed as the anchoring lead for future sequels.

“With any luck, those installments will ask more of the franchise’s commendable spread of minority Bellas, who are still underused here: Soft-spoken Korean eccentric Lilly (Hana Mae Lee) and new Latin American exchange student Flo (Chrissie Fit) are one-joke props, albeit funny ones, while Ester Dean’s African-American belter Cynthia Rose identifies as a lesbian only in the most cautious terms,” he wrote.

Craig Mathieson of Sydney Morning Herald pointed out that beyond the comedic antics of Rebel Wilson’s Fat Amy and the film’s kooky signature elements, female empowerment is what really stood out. 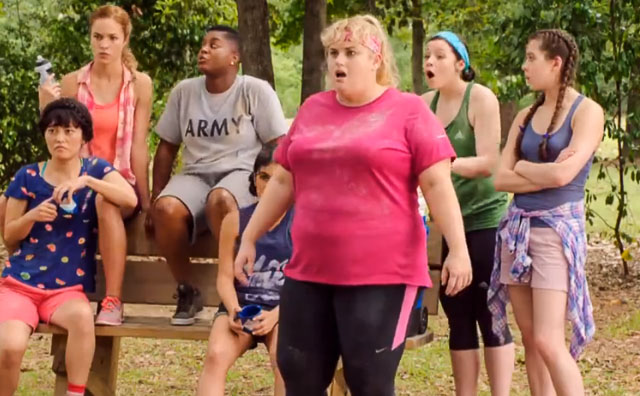 “What endures, however, is the pleasure of a Hollywood movie with a female focus: they not only dominate the cast, but also set the prevailing tone. ‘The truth is you’re just women,’ a male a cappella official dismissively tells the Bellas when they’re banned, ‘and you’ll all be pregnant soon.’ And while that attitude is mocked, it’s not ignored. Whatever transpires, Pitch Perfect 2 is an act of assertion,” he wrote.

Max Nicholson of IGN said that while there were some storylines that were repetitive (eg: the Bellas go through another phase of finding their sound again), he praised director Elizabeth Banks for delivering a good follow-up to the cult hit in 2012.

“Overall, Banks’ feature directorial debut gives you everything you could want from a Pitch Perfect sequel. The filmmaker does an excellent job of staying true to the original while also developing the characters in new and exciting ways. More to the point, she keeps the movie from being an utter disaster – which is impressive all by itself considering the not-so-spotless track record of Hollywood comedy sequels,” he wrote.

Writing for Indiewire, Rodrigo Perez said he found the sequel to be repetitive and wondered whether the movie only banked on the quirkiness and uniqueness of its characters. He also said that the sequel lost the gumption of the original.

“Perhaps due to its rote, by-the-numbers story, all of the original film’s less tangible, hard-to-bottle qualities are absent: its delightfulness, its playfulness, and its natural charisma. As a director Banks saves all her best moves for the movie’s rousing and impressive final crescendo at the world a capella competition and it’s in this final act where the movie best captures the simple but effective, crowd-pleasing and well-choreographed vivacity of the first movie. It’s a shame then that the entire movie cannot tap into the spirit of the same spark,” he wrote.