MANILA, Philippines – If there is anything that one can get out of the messy sequel that was Insidious: Chapter 2, it is the notion that expanding Insidious into a franchise was a bad idea.

The original film was just fine – a standard exorcism flick that merged shock tactics with an incredulous but still familiar story of a family distressed by evil ghosts. What Chapter 2 exposed is the fact that there really isn’t much story or lore to stretch into two flicks. As a result, the sequel feels completely repetitive when it does what the original film did and ludicrous when it tries to present something new.

Chapter 3 deviously sneaks out of the first two films’ storyline, and instead establishes itself as a prequel. It is as if Leigh Whannell, who wrote the first two films and now tasked with both writing and directing the third, acknowledges that there isn’t anything to squeeze out of the family whose predictable troubles required two full films to fully resolve. 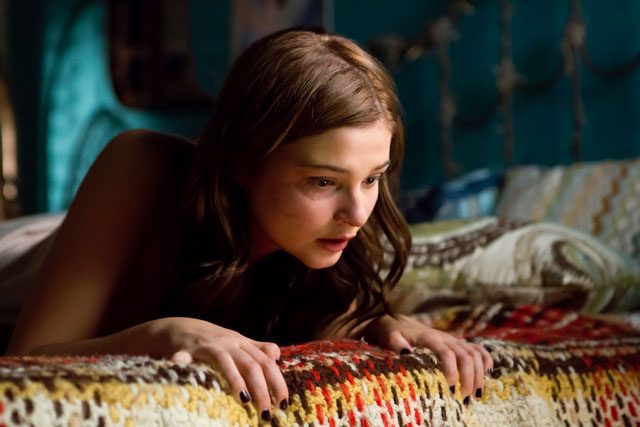 Chapter 3 opens with young girl Quinn (Stefanie Scott) finding her way to the house of Elise (Lin Shayne), the gutsy psychic who risked her life to save the family from the previous films.

Quinn wants to communicate with her dead mom. Elise, who has long retired from being a psychic, is moved by Quinn’s sob story and continues to conduct a seance. However, instead of sensing the presence of Quinn’s mom, Elise senses something else, something evil.

The film then spends time setting up Quinn’s possession. She figures into an accident, which debilitates her, making her more susceptible to being victimized by the evil presence. Creepy figures start haunting her, while her family, consisting of an incessantly stressed father (Dermot Mulroney) and an annoying younger brother (Tate Berney), are totally clueless about her predicament.

Chapter 3 does not really stray far from Insidious’ formula. The story is basically the same, with an innocent girl slowly falling under the spell of an unseen evil force only to be rescued by a psychic with the power to traverse the world of the evil dead cornily referred to as The Further.

Spotlight on the psychic 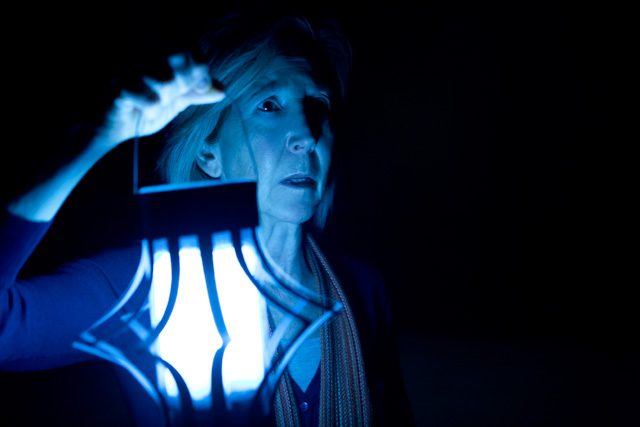 Whannell’s film is only differentiated by its insistence on providing some sort of story behind Elise’s unusual vocation.However, no matter how hard Whannell tries to conjure facets to render Elise into the three-dimensional character that she wasn’t in the previous two films, she remains a trope, a variation of the many conflicted exorcists of countless possession films of the past.

It is personality that separates Elise from her ilk. She is written and portrayed by Shayne with enough seriousness for her to be somewhat believable as a formidable foe of evil spirits but grounded with a bit of earthy flavor, turning her into a firecracker who can crack jokes as well as she can banish ghouls.

Clearly, Chapter 3 would have been as lackluster as the second film if it weren’t for the well-rounded antics of a character who in the previous films was nothing more than proof of uninspired writing. 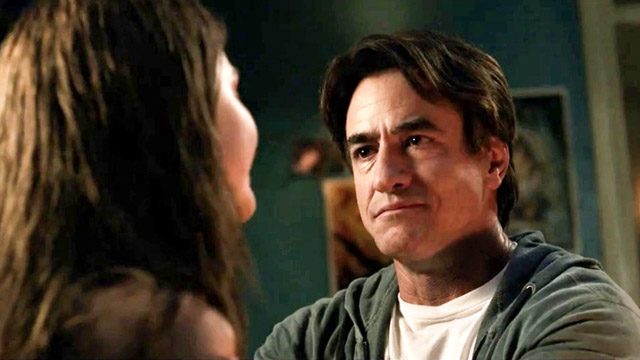 Whannell seems to be less reliant on jump scares than James Wan, his predecessor, who littered the two previous films with all forms of shocks and noises to the point of tedium. Whannell is all about the set-up, with a lot of the film’s horror sequences being deliberately paced to establish the right mood and atmosphere for the pay-off.

Unfortunately, a lot of horror sequences end up as duds, with Whannell’s detailed set-ups concluding with the same old and tired shock tactic.

Much ado about nonsense

Chapter 3 is most entertaining when it does not take its horror seriously. It works best when the ghost story is suddenly inflected with a bit of humor, mostly out of the interactions of amateur ghost-busting nerds (Whannell and Angus Sampson) Quinn’s family recruits out of desperation.

Sadly, like the two previous films, Chapter 3 is still mostly too enamored by the lousy lore it stubbornly latches on, making it a less effective scarer than it imagines itself to be. Its mythology of various planes of the afterlife, of ghoulish and murderous brides, and of men who cannot breathe simply lacks the simplicity that is the foundation of great ghost stories.

Whannell, encouraged by how profitable cheap Hollywood horror is, has resorted to ghastly gimmickry, spiced up only by some sense in finally forming a character out of Elise. With 3 films under its belt, the Insidious franchise is much ado about a lot of nonsense. –Rappler.com