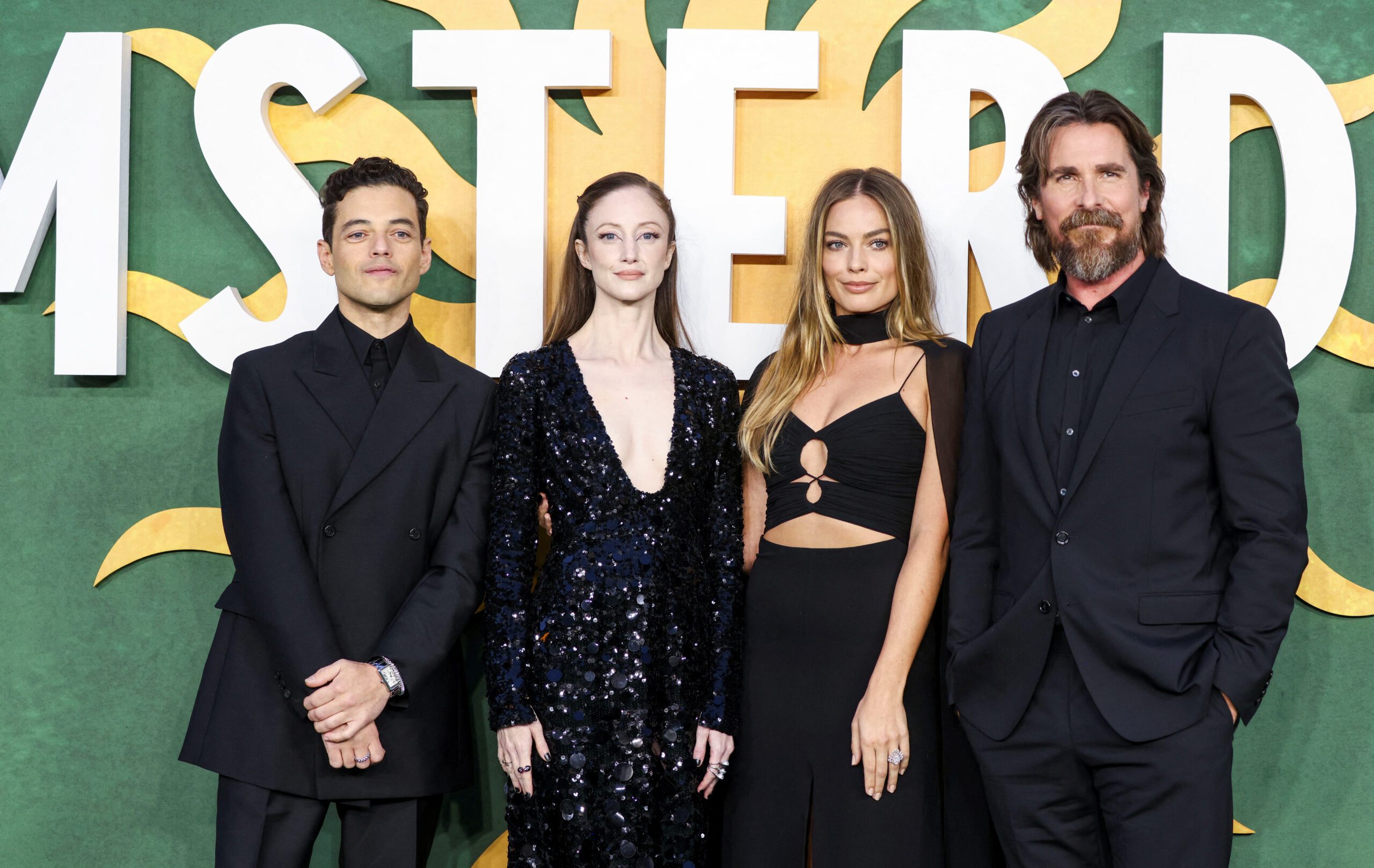 The five-time Oscar nominee reunited with his The Fighter and American Hustle star Christian Bale to develop the movie, with the duo getting together in diners over several years to bounce ideas off each other.

“He had no script. He just had a couple of ideas. We started trading music that we would listen to, bits of history that we would learn about. David would scribble all this down. And then, over years and years, came up with this story,” Bale told Reuters at the film’s European premiere in London on Wednesday, September 21.

“I was talking to David about Valerie for years before we actually got around to making the film. It was kind of like a creative process that kept evolving,” said Robbie.

Amsterdam is set in 1918 and the early 1930s and centres around three friends, Burt Berendsen (Bale), Harold Woodman (John David Washington) and Valerie (Robbie), whose paths cross in war-torn Europe and who make a pact to always protect each other.

Returning to New York from World War 1, scarred inside and out, Burt starts practicing experimental medicine and Harold becomes a lawyer, championing the vulnerable. When the daughter of their wartime battalion leader turns to them for help following his sudden, suspicious death, the trio becomes entangled in a dangerous political conspiracy plot.

Elements of the film are inspired by real historical events and people, including a fascist coup attempt against US President Franklin D. Roosevelt.

“We wanted to see a friendship that we wanted to have, a triangle of people that would do absolutely anything for each other no matter what,” said Bale.

“They’ve been kind of forged in the crucible of the Great War, and they’ve declared they will do anything for each other, and they stick to that no matter what, even when they’re dragged into this big murder rap and then into this huge global conspiracy, which is crazy but is actually based on fact,” said Bale.