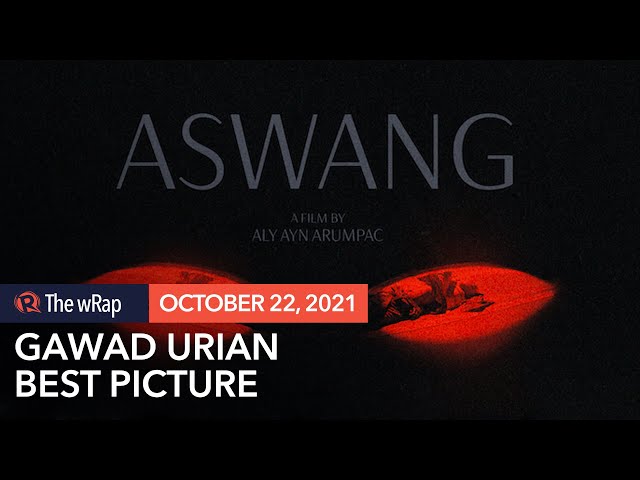 The Aswang team announced the news in a Facebook post, thanking the organization for the recognition and sharing what an honor it was to receive it.

“Para po ito sa lahat ng pinaslang, kinulong, at nawalan ng mahal sa buhay sa giyera kontra droga,” the caption read. (This is for everyone who had been killed, jailed, and lost a loved one due to the war against drugs).

(While we were making Aswang, we heard this line so many times: “If only I knew that they would kill my sibling/partner/child, I wouldn’t have voted for him.”)

(Next year, I hope we wouldn’t waste our votes on candidates who violated human rights, and not those who condone the abuse of our rights).

(We need a leader who will hold them accountable, and who will value our lives and dignity as Filipinos. Hopefully in the near future, we wouldn’t have any more stories like the ones in Aswang).

The Aswang team ended their post by reminding everyone that there is only a week left until the end of voter registration for the 2022 elections.

Aswang documents the Philippines’ war on drugs under President Rodrigo Duterte. The documentary reveals the human rights abuses and gruesome reality on the streets of Metro Manila, where killings, under the guise of the “war on drugs,” pose a threat as night time comes. The critically-acclaimed documentary bagged the International Film Critics’ FIPRESCI award in Amsterdam in 2019.

Aswang will be available to stream on KTX.ph, Upstream PH, and Ticket 2 Me starting Friday, October 22. – Rappler.com