MANILA, Philippines – After more than a decade of waiting, Disney unveiled on Monday, May 9, the first teaser for Avatar: The Way of Water, the highly-anticipated sequel to the sci-fi blockbuster hit Avatar.

The one-and-a-half minute clip brings fans back to the mystical landscapes of the alien planet Pandora as Jake Sully (played by Sam Worthington) and Neytiri (played by Zoe Saldana) build their family. The sequel is set more than a decade after the events of the first film, wherein human explorer Sully decided to be trapped in the body of a blue alien forever.

However, the trailer also hints that the peace in Pandora won’t last, as the footage shows the native people of Pandora being attacked. “Wherever we go. I know one thing: this family is our fortress,” says Sully in the video. 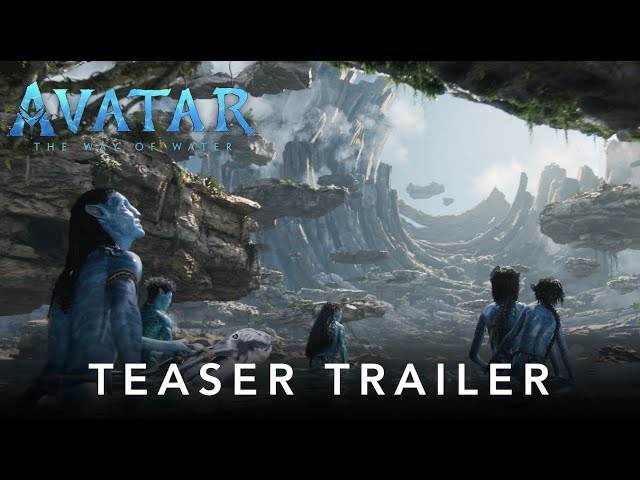 According to its official logline, Avatar: The Way of Water “follows the story of [the] Sully family, the trouble that follows them, the lengths they go to keep each other safe, the battles they fight to stay alive, and the tragedies they endure.”

Avatar, which debuted in 2009, held the global box office title for a decade until it was overtaken by Marvel Superhero epic Avengers: Endgame in 2019.  It reclaimed its throne as the highest-grossing movie in history in March 2021, following a re-release in China.

Cameron has been working on four sequels to Avatar since 2013. The second film has been delayed several times, but is now set for a December 16, 2022 theatrical release. – Rappler.com