WATCH: Life in plastic is fantastic in ‘Barbie’ teaser trailer BARBIE. Margot Robbie stars as the iconic fashion doll in the upcoming film.

MANILA, Philippines – The teaser trailer for the upcoming Barbie film was released on Friday, December 16, giving viewers their first glimpse of Greta Gerwig’s comedic take on the iconic fashion doll.

The teaser trailer takes off with a callback to Stanley Kubrick film 2001: A Space Odyssey, with little girls playing with baby dolls in a barren desert.

The narration goes: “Since the beginning of time, since the first little girl ever existed, there have been dolls. But the dolls were always and forever baby dolls…until…” 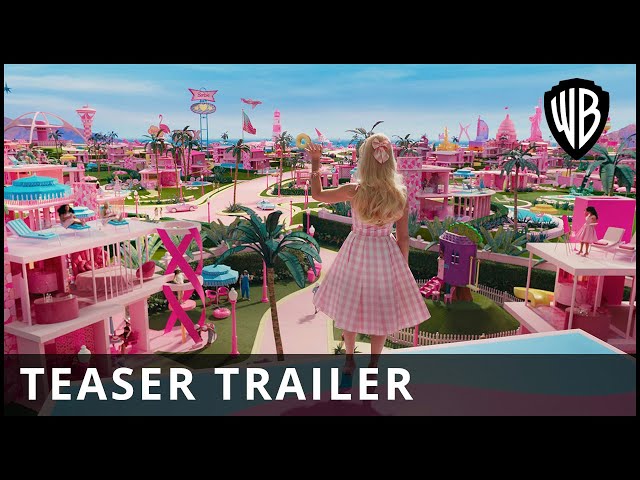 We then see Margot Robbie’s Barbie, dressed in the first-ever Barbie doll’s black-and-white striped swimsuit, standing like a monolith among the little girls. She lowers her sunglasses and gives a knowing wink.

We also see a montage of clips showing Barbie’s technicolor world, including another look at Ryan Gosling as Barbie’s blonde and tanned boyfriend Ken.

Barbie is set to hit theaters in July 2023. – Rappler.com