Cannes winner ‘Triangle of Sadness’ is coming to PH cinemas Triangle of Sadness, directed by Swedish filmmaker Ruben Östlund, is a satirical masterpiece set in the world of fashion. The film follows a fashion model couple, Carl and Yaya, on their luxury cruise adventure which catastrophically ends as they become stranded on a deserted island. In the fight for survival, the stranded billionaires depend upon the yacht’s cleaning lady, who is the only one who knows how to fish.

The award-winning film received an eight-minute standing ovation at the festival during its premiere screening.

Aside from the spectacular storyline, critics also praised the performance of Filipina actress Dolly de Leon, who played the role of Abigail, the cleaning lady. De Leon is a veteran actress in theater and television who describes herself as a “bit player” for playing various roles in local dramas. 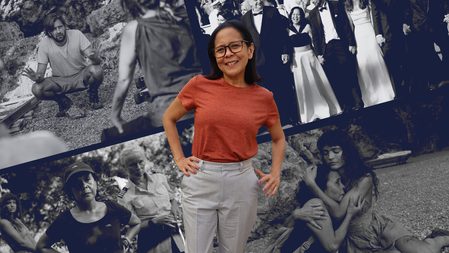 “Her career-defining performance in Triangle of Sadness suggests a much bigger and brighter future for the actress,” reads TBA Studio’s press release.

Triangle of Sadness will be distributed exclusively in the Philippines by TBA Studios. The official release date has yet to be announced. – with reports from Rainielle Kyle Guison/Rappler.com