Rappler Talk: It hasn’t quite sunk in for MMFF best actress Charlie Dizon 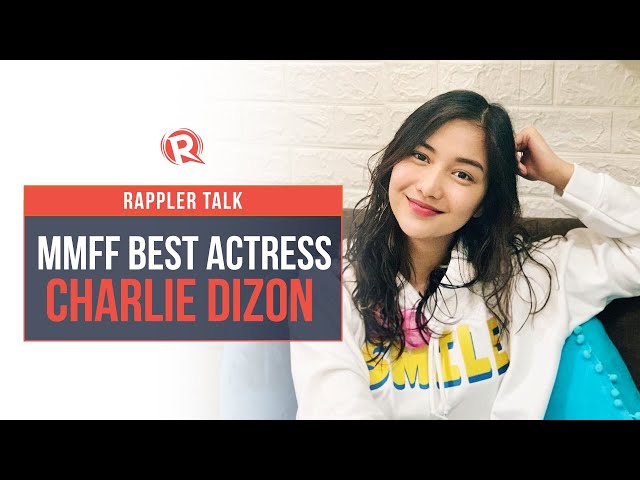 Director Antoinette Jadaone said that when Charlie Dizon walked into the room for the reopened auditions for Fan Girl, they knew almost right away that she was the girl for the role. There was a presence and swagger, she said, that made her fit to play “Jane.”

Over a year after that audition, Dizon will be the first to admit that it wasn’t swagger – it was her throwing caution out the window because she knew she wanted the role even if she didn’t quite know what it entailed.

“I just knew I wanted a lead role,” recalled the Star Magic actress, a day after winning what’s arguably a testament to how well she played Jane: the best actress award from the Metro Manila Film Festival (MMFF).

In this episode of Rappler Talk, entertainment editor Bea Cupin catches up with newly-minted MMFF Best Actress and Rappler Talk suki Charlie Dizon about her win, playing “Jane” in Fan Girl, and what made her stay in the entertainment industry despite the rejections and heartbreaks.

Bookmark this page to catch the interview on Monday, December 28 or follow Rappler on social media to catch it live at 8:30 pm.